Spoken word artist Taalam Acey is the author of 8 books and 17 albums.

"I'm not impressed by people who've allowed life to harden them. What's really impressive is those who've been through a lot, fight to process it in healthy ways, and still present compassion and vulnerability to others."

"Never trade your authenticity for the illusion of validation."

"If you prioritize yourself, you are going to save yourself."

"Pretending to be someone you're not is a waste of the person you are."

"The reason you can see beauty in others, is because there is beauty within yourself."

"Drive cautiously on this road of life because people will turn on you without a signal."

"Every year you close a new chapter in your
story. Please don't write the same one seventy-five times and call it a life."

"They say misery loves company, but so does mediocrity. Don't let the limiting beliefs of others limit what's possible for you."

"Most of the shadows in this life are caused by standing in one's own sunshine."

"Don't sit down by me sighing because I'm not finna ask you what's wrong."

"Earn with your mind, not your time."

"Many truths are told to hide much greater truths."

"Don't let the ones who misunderstand you, confuse you about who you are."

"You're so in your head, you can't even enjoy where you are."

"Don't underestimate the seductive power of a decent vocabulary."

"I think 99 times and find nothing. I stop thinking, swim in silence, and the truth comes to me."

"The only reason why we don't have what we want in life is the reasons we create as to why we can't have them."

"Gentle reminder that not evey day "has to count." Some days are just about making it to the next one. That counts too."

"Be at peace with your past so that your head is clear to focus on what's in front of you."

"Sometimes you have to withhold good news so it can remain untouched by negativity."

"PSA: Don't let them dismiss your significance. You are very much a big deal. And they know it, too."

"When I look back on all these worries,  I remember the story of the old man who said on his deathbed that he had had a lot of trouble in his life, most of which had never happened."

"Never trust your fears, they don't know your strength."

The soon-to-be talk show host made history as the third Black EGOT winner to achieve the honor.

"Don't let your past steal your present."

"The best way to save money is to go in the house and lay down."

"Half the people y'all think y'all need really be in the way."

"We rise by lifting others."

"If one wishes to live in peace and at ease, you must neither tell all you know nor judge all you see."

"Some practice joy. Some practice misery. Be careful whose class you sign up for. Choose your teachers wisely."

"Some people will kick dirt on your name with the shoes you gave them."

Be the first to know and let us send you an email when Taalam Acey posts news and promotions. Your email address will not be used for any other purpose, and you can unsubscribe at any time.

Send a message to Taalam Acey: 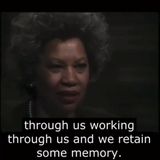 (Live from the) Pissy Staircases

Looking Out For Our Sister Georgia Me

A Beautiful Love Poem for You "Scarz/Aura 3"

When Artists Endeavor to Price the Priceless
https://www.facebook.com/100003633293066/posts/1934986336632457/?sfnsn=mo&d=n&vh=i
Deep dope.
Got mine.
Amen. Loving your teaching
Awesome thanks!
Happy Birthday Taalam. Hope you have a great dat
I know both sides of the fence allow me to explain, I know silver spoons and struggle's pain I didn't choose Greener grass I observed and tried to keep my sanity I learned checkers and later played chess suburbs and innocence imagination run wild classes of choice Upper, Middle, Lower, boot straps of course Cosby's "A Different World" Black Maybes we learn inside the dens gathering around T.V. campfires with Hope in a crack era Family affected by drugs inner city infections I come from both sides of the fence Preach to me on Sundays Zion's in a Valley And Babylon is outside my window panes Pains and Family Separation Struggling to live effectively through economic disparity Oh, the dichotomy of Fence straddling in a World of Greed, but longing for economic development Freedom from Government aid Moving on Up to a Place in the Sky As the weak get high on Regan's supply I know both sides Barbwire fences The wealthy built a wall, now you gotta crawl under dig deep put emotions to sleep Even die if you must to get rich on city streetscapes Street Corners often calls for the coroner Death dealings to make it cut throat, and rules are broken like black homes stuck in poverty Younggins headed for court penalties facing double digit time in The U.S. Penetentry Three Strikes and Your out, America's favorite game and pastime for inner city Hughes Now we rap about it And corporate America Feeds off it, And calls it Hip Hop for the disenfranchised Tall tales of making to the other side of Greener pastures The Fence, the corner The myth, allegory Of inner city, suburban King Pens without retirement or pensions just prisoners of A Matrix I know the fence Of Social Stratospheres all to well to tell it expose it, and Death lurks behind every step towards A Heavenly Revolution Nip it in the Hustle Carry with the Merathon Sprint to the finish. Book me if you want The truth..... Kevin Guru ©2019
Wow awesome!
Awesomeness!
好朋友的新宠物
Wow top fan I’m honored!