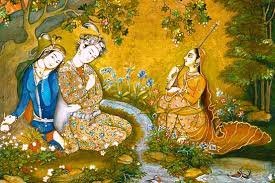 Learning To Taste The Emotions: The Mughal Rasika
https://books.openedition.org/obp/2528?lang=en

At sunrise, the temple requires girls to gather puja flowers and chant the Thousand Names of Goddess Lalita, as you wake, the chanting is transmitted at 6am sharp via speakers located around campus areas. You will be woken up by the first few lines of the prayer and you will see younger girls around campus at sunrise with flower baskets picking nightmist-sprinkled flower petals for the prayers of the day.

KathakWest practices Naad Yoga and other lineages of yoga in vinyasa and devotional formats. The practice of Yoga gives a centered alignment to the dancer and prepares the core for execution of the transmission of Rasa to an audience during performance and strengthens the radiance of the dance art as moving form with embodied nuance. In vedic context each movement must contain Beauty Of The Three Cities. This is transmitted from teacher to student in the form of Spiritual, Verbal, Body Attunement Methodologies, and Social. The embodied dancer should aim for spiritual, physical, and community involved cause and purpose, to emit this methodology of Beauty Of The Three Cities in Dance. Yoga is considered as essential. How well can you do a tukda is how well you can emit this tukda execution to speak to your viewer. Naad Yoga is a powerful practice, and KathakWest invites you to go to a pretty place, mobile and earphones on hand, a nice tea brew, and play some music to dive in yourself for a bit.

Nāda yoga (नादयोग) is an ancient Indian metaphysical system. It is equally a philosophical system, a medicine, and a form of yoga. The system's theoretical and practical aspects are based on the premise that the entire cosmos and all that exists in the cosmos, including human beings, consists of vibrations, called nāda. This concept holds that it is the energy of vibrations rather than of matter and particles which form the building blocks of the cosmos.

Nāda yoga is also a reverential way to approach and respond to vibrations. In this context, silent vibrations of the self (anhata), sound and music (ahata) carry a spiritual weight more meaningful, respectively, than what sensory properties normally provide. Silent vibrations of the self (anhata) and Sound and music (ahata) are considered to play a potential medium/intermediary role to achieve a deeper unity with both the outer and inner cosmos.

Nāda yoga's use of vibrations and resonances are also used to pursue palliative effects on various problematic psychological and spiritual conditions. It is also employed to raise the level of awareness of the postulated energy centers called chakra.

Music has been used by most Indian saints as an important and powerful tool in the quest for the achievement of nirvana; notable names to be mentioned here include Kanakadasa, Thyagaraja, Kabir, Meerabai, Namdeo, Purandaradasa and Tukaram.

On your marks, ready, play:
https://soundcloud.com/ramnarayan-music/rag-lalit/

Listen to Rag Lalit by Ram Narayan #np on #SoundCloud

The Place of Many Moods: Udaipur's Painted Lands and India's Eighteenth Century

Most oftentimes you will hear a Latin American or a Caribbean dancer's story or account describing how it was they were enamoured with Kathak Dance. At times the drum rhythms speak louder than words, and it comes as a similarity across the dancers' stories that the drumming seems mysterious and beautiful. Also, deity pantheons are our inner passion in spirituality, as example the Afro Caribbean traditions of Candomble and Lukumi. It seems at all so similar to pursue engaging in the Indian Classical Dance styles and enrich our spirituality as well in addition to musicality and repertoire. It is also easier to adopt guru-shishya as in our Latin American/Caribbean traditions, the elders are highly respected and are the authority of the household in most family settings.

Most Latin American dancers are already familiar with percussion rhythms that are quite intricate, and some oral traditions as well. The Latin American and Caribbean Culture is fragranced with Afro Caribbean traditions and have a lot of drumming in most cases specific rhythms or taals assigned to a specific deity in the traditions. It comes as a challenge and not specifically a tik tok challenge for us to decipher and adopt the taal language of Kathak Dance in our dances, make it inclusive, and more colorful to do add Kathak, as it seems like it fits in with other styles, in a smoother manner.

Here is a beautiful story on one of our Caribbean dancers that has managed to empassion the world of Kathak Dance. Sometimes its also in our genes and ancestors, and we don't even know!!! Enjoy this beautiful article:

A transplanted Trinidadian returns to India, the land of his great-grandmother, to pursue his passion for a traditional dance form.

'I am a Coolie": Identity and Indenture

Guru Purnima Diaries 2022
India and The West, a short film

There are various sources available online regarding the timelines and events on how did Indian Culture amalgamate in the Western Hemisphere. In the West, there isn’t a caste system, but there is a cultural work and professional system that is shared with Communities to promote Diversity.

For now, in this blog clip, this shared video has plenty of details, and information on a history that maybe cannot be erased as it is a Culture in our Caribbean World in its own right, with all the radiance and colors.

The enrichment of cultural diversity in the West is a way of life and one of the missions of KathakWest Dancespace is to have a sustainable multicultural and diverse art platform and initiative that fits with all the communities we serve:

Readings of edited extracts from the work of Clem Seecharan (Finding Myself: Essays on Race, Politics and Culture) and Gaiutra Bahadur (Coolie Woman: an Odys... 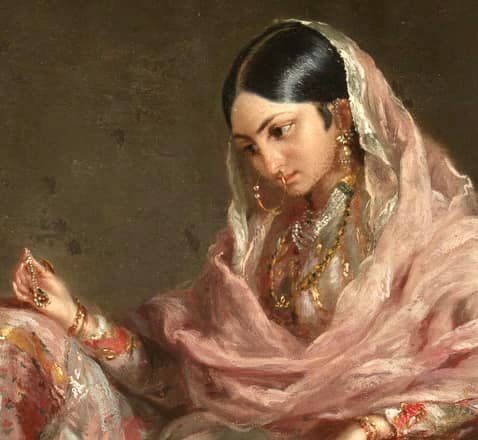 The Diversity Of Women; The Memsahibs and Indian Summers

The Art of Henna in Muslim Cultures

Guru Purnima Diaries 2022
The Diversity Of The Henna Arts

The art of Henna has been practiced in South Asia, Africa & the Middle East for over 5000 years. The botanical name of the henna plant is Lawsonia inermis. A member of the Loosestrife family, henna originally comes from Egypt. A thread on the art of henna in Muslim cultures... The English name henna...

Most oftentimes Kathak Dancers in the USA have a split time allocated to the USA and to India. It's the nature of being a Kathak Dancer. The title of the series reflects both India and USA, Choreographing Between Two Worlds. Enjoy the series, play some soft music, brew some tea, and read on!!

Guru Purnima Diaries 2022
Lucknow Beauties, The Courtesans Of The Imambaras 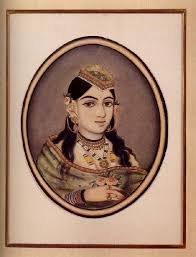 When I was in my intermediate learnings of Kathak Dance, I thought something was missing out from the historically presented glamour of miniature paintings, wall paintings and other historic sources.

Kathak Dance is a devotional dance and by no means it takes away to add other nuances that are not of Hindu Devotional Nature, it actually enriches the artform and reflects how vast and beautiful Kathak Dance is, and how ethereal and powerful the dance is.

Kathak West appreciates the allure of The Arts Of The Tawaif that are embedded in Kathak Dance. It gives an ethereal inclusive hue, and it reflects that the Tradition is as inclusive as the times, it also implies that the credit to the Tawaifs-Courtesans, for the preservation of some portions of Kathak Dance, is definitely vivid.

Here is a very nice article to review:

The Story of Mayalee Jaan, a Jaipur Dancer that would get some of her stipend paid in Salt from the Sambhar Lake (Prasad), a devotee of Shakambari Devi.

Why Indian women became the faces of these Victorian-era postcards

At what point did the Diaspora or Lineages travelled to the West is material to be conquered during research work and some research has been done already. The fact that Kathak Dance and other Dances and Cultural Traditions from India have been in the West for generations is a historical fact marked by the Victorian and Colonial eras.

The amalgamation of Cultures in the Caribbean and South America definitely gives India a 'best of two worlds' badge. Kathak Dance as a topic takes us to places like Trinidad, Jamaica, Puerto Rico, The West Indies, British Virgin Islands, Guyana, and Suriname, just to name a few.

KathakWest Dancespace appreciates the East and West amalgamation and selected this topic as part of Guru Purnima Diaries 2022 among other topics.

There is a beautiful Indo Caribbean Diaspora and all Caribbean Islanders are very fond and proud of these traits that makes our Caribe a beautiful place to adopt The Art of Kathak Dance and other Indian Dances.

The article attached explains a rough history but the imagery marks the refinement in Culture and Tradition that insistently stayed with the communities that somehow made it to the West, and carriers of traditions like Dance, can pick up the historic remnants to infuse an empowered story through Kathak, The Art Of Storytelling.

CNN has featured a snippet of the diaspora in CNN Style, click link to view:
https://www.cnn.com/style/article/indo-caribbean-women-colonial-postcards/index.html

At the peak of British colonial power, a booming postcards industry in the Caribbean welcomed cosmopolitan tourists -- but it had a dark history. Guru Purnima Diaries 2022 is dedicated to all teachers and mentors that have shared training, guidance, knowledge, a cup of tea, a dash of sweets, and lots of smiles. The journey is impossible without you, and you are acknowledged during this time. Thank you for being part of KathakWest Dancespace, the emergence of years of work in classes, gurukul residencies, riyaz, recitals, performances and online sharing. Much more in the near future, you are very important...with this, the blog continues this week, with general dance topics of interest!

As we contemplate the moon on Guru Purnima and are reminded in remembrance of all our guides, celebrating them, and maintaining the flame lit, we will explore a topic that is of high importance in the presentation of dance arts as a community member and dance arts colleague. The Art Of Adab, what is Adab. Applied as a stage nuance for storytelling but also applied to the day to day:

Social Adab was not just proper social conduct, but also the attitudes and sensibilities behind these idealized forms of behavior. Together, Adab and Akhlaq can be considered asethics, distinguished according to the two subsets of the English definition. Akhlaq was moral quality and its literature can be characterized as “a systematic inquiry into the universal nature and necessity of morality.”
Adab was proper form or conduct and its literature illustrates “the variety of moral principles that help define cultures and individual behavior.” Both of these types of literature aimed to “cultivate virtue in human beings” and taken together they are the ethical sensibilities and behaviors.
The adab/akhlaq complex consisted of two indivisible parts of a whole. Adab was specifically a kind of proper conduct that was virtuous because it was part of an individual’s moral cultivation. Thus those who were in possession of virtuous moral qualities (akhlaq) were also refined in conduct (adab).
Guru Purnima Diaries 2022, The Art Of Adab
Given in our times how much has been gained or lost...

Be the first to know and let us send you an email when Kathak Dance Project USA - KathakWest Dancespace Studios - Margie Kathak posts news and promotions. Your email address will not be used for any other purpose, and you can unsubscribe at any time. 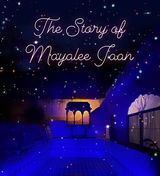 Guru Purnima Diaries 2022 The Story of Mayalee Jaan, a Jaipur Dancer that would get some of her stipend paid in Salt from the Sambhar Lake (Prasad), a devotee of Shakambari Devi. https://m.soundcloud.com/user-513302522/a-bloody-difficult-woman-mayalee-dancing-girl-vs-the-east-india-company/ 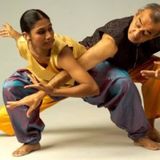 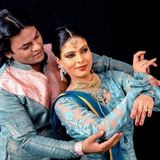 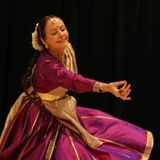