Welcome to the page of actress Greta Gould. Greta is a London and LA based stage and screen actor with dual British & American nationality.

In addition, she has worked with acclaimed writer and director Ché Walker as Assistant Director and is an acting student of his, studying under him at WAC Arts. She graduated from Drama Studio London in July 2012. Greta’s performance experience includes productions and rehearsed readings at Theatre Royal Stratford East, Soho Theatre, Union Theatre, the Space Arts Centre, Roundhouse Studio Theatre in London, and The Assembly Rooms, Edinburgh and Contact Theatre, Manchester.

In addition, she has worked with acclaimed writer and director Ché Walker as Assistant Director and is an acting student of his, studying under him at WAC Arts. She graduated from Drama Studio London in July 2012. Greta’s performance experience includes productions and rehearsed readings at Theatre Royal Stratford East, Soho Theatre, Union Theatre, the Space Arts Centre, Roundhouse Studio Theatre in London, and The Assembly Rooms, Edinburgh and Contact Theatre, Manchester.

#TheBeautifulLiar, my new fiction podcast “starring” me and (actually starring) Emily Hampshire is out now on Amazon Music, Apple Podcasts, Spotify or wherever you listen!
It’s about a blind teen who discovers she has superpowers along with a sinister organization that’s out to get her 😈
Inspired by songs from X Ambassadors. Listen today! QCODE Media

I’m not in the first episode, but I’ll be announcing which episodes I’m in as they air 😉

The Beautiful Liar is available to listen to right now on Amazon Music, ad-free with new episodes dropping every Wednesday 🦸‍♀️

The show will launch widely on all other podcast platforms on Wednesday 11/17!

Out today on Amazon Music. My fiction podcast #TheBeautifulLiar, a new kind of superhero story is out now. Inspired by songs from X Ambassadors that you can check out on Amazon Music, ad-free. The show will launch on all podcast platforms on Wednesday 11/17. QCODE

This unlikely superhero origin story stars Rory Dahl as Clementine, a blind teenager who discovers her superpowers after a tragic accident, along with a new secret friend, Shadow, played by #EmilyHampshire.

Little does Clementine know, her powers have triggered the attention of 'The Institute', a sinister organization who will stop at nothing to have her in their grasp.

Listen to the trailer for my new podcast #TheBeautifulLiar from X Ambassadors and QCODE and right now! This is a heartfelt and funny unlikely superhero story. Be sure to follow the show on Apple Podcasts, Spotify, or wherever you get your podcasts to be among the first to listen. Coming Oct 20

The podcast is a companion piece to the latest X Ambassadors album being released this Friday. The first episode will be released October 20th.

Looking forward to seeing how it all turns out!

Link to the article in my bio. Check out this set of spots for Intel featuring me!

Make every day actually better for your team.Boost productivity and help your team multi-task on the sly with laptops on Intel vPro with Evo designs.Built fo...

I found out it’s #costumeappreciationday today, so I have an excuse to post these photos from 2012. Here I am as Lady Fidget in ‘The Country Wife’, directed by Jack Edwards whilst I was a student at Drama Studio London. Jack, who as well as being a director of theatre and baroque opera, actor, and dancer, was also an incredibly skilled costume designer and tailor. Amongst his many accomplishments, he worked on costumes for ‘Barry Lyndon’ and ‘The Last Emperor’. I was lucky enough to not only be directed by him, but to wear this fabulous costume designed by him. He was a font of knowledge, instructing us in movement, dance and how to use a fan (!) according to the period.
Sadly he passed away in 2015, but I remember him fondly, especially his impish good humour. 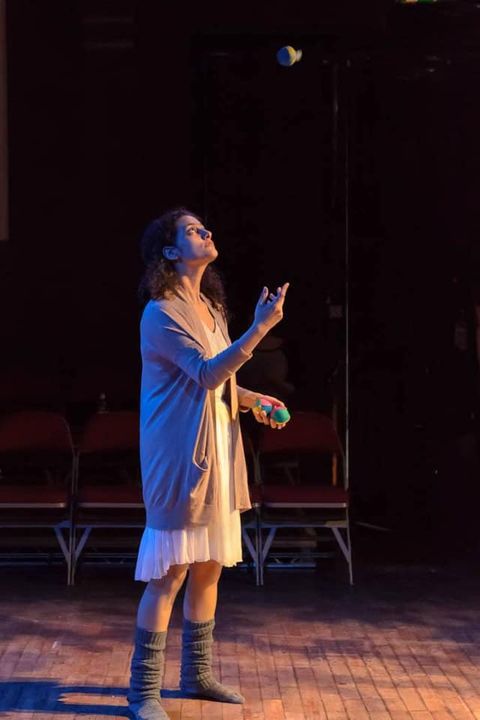 To all professionals in the film, television, entertainment, and arts world, join the challenge to post a photo of you in your job. Just a picture, no description. Copy the text and post a pic. #SaveTheArtsUK
📷Alex Johnston

Heading into 2020 with some strong looks. Thanks to Bella Saville Photography & MUA _jordanalex!
What’s up?

New #headshots!
Had a great time working with #photographer #BrettRichards & #HairAndMakeUpArtist Lauren Urasek, and I love the results!

The ten best theatre shows opening in London this month, as chosen by the Time Out theatre critics. Buy tickets to the next must-see show

Still time to buy tickets, and see ridiculously talented people perform at the #Revolution this Sunday at Wac Arts.

Excited to be appearing as a special guest this eve as part of Adventurers Wanted live stream of ‘Omen’. Tune in at 7pm for mountain saving hijinks!!!

While we aren't able to run a live show this month, the story of Omen continues with two live streamed shows, at 7pm each day on Dec 14th and 15th!

In the meantime, on Dec 15th, the rest of the team (Emma Sheard, Anna Dobrucki, Tom Black, Sid Phoenix and Vic Sautter) delve deeper into recent questions and concerns about their employer. Who is the Viridescent Order?

Catch both on Twitch at twitch.tv/adventurerswanted!

Some of my more recent #aerial hijinks at Flying Fantastic in Battersea! 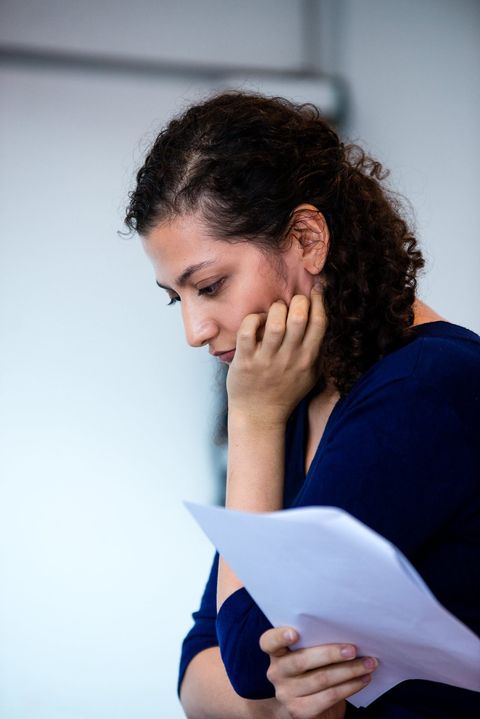 And here's a #flashbackfriday to another #rehearsedreading at #OneHour with Equilibrium Promotions back in 2014.

It’s #SharereelShowDay over on #twitter. I’ve added a rough edit of my new #showreel over there. Hoping to update it further at the end of this year, but if you’re on Twitter, I’d love you forever if you gave it a retweet.😍
Otherwise, enjoy these short clips from #TheRehearsalRoom filmed last year, written and directed by Mr #CheWalker and starring the fab #JoMartin #SashaFrost #SimonKunz & #SamCox. I call this one my #eyeacting 👀
#acting #actress #director #writer #shortfilm #filmmaking #film #chekhov

Stills from a #selftape I recently filmed.
#Actress with versatile face. Hire me for all your expressional needs!
#film #filming #tv #casting #acting #screenacting #actor

#fbf to #acting in ‘the short film what I wrote’.
I should say that I co-wrote! ‘Natural Disasters’ written by yours truly and Amelie Leroy 🤓
Loved working with Kemal Yildirim Jason Impey & Jonas Babics too!
#naturaldisasters #shortfilm #actor #actors #writer #writers #film #drama #lightscameraaction

Keeping with the theme of supporting new British musical theatre, I can’t go to this, but if you’re free tomorrow night Anoushka Lucas is amazing, so go!!!

Having a lovely old time learning @tashataylorjohnson, Jonny Wright and Jack McManus’s songs for their new musical #KillerQueen. Come see me be a social climbing French peasant girl tomo at #MusicalBites. If that sentence doesn’t sway you I don’t know what will 👩🏽‍🌾🎹🎤 #newwriting #workshop #showtime #iloveamusical

Connor and Buddle have created something intricate and simply pleasing. The lyrics and score are impressive and Kate’s character, endearing. The show will repeat at Crazy Coqs at Brasserie Zedel next week. I’m sure this show will only grow. I look forward to hopefully seeing a production rather ... Look!!! I’ve been turned into an elf!

This rather epic #illustration by #JohnAggs, and #photo by #AndreasLambis, was created for #AdventurersWanted.
Check them out, they’re performing at Rosemary Branch Theatre later this month!! 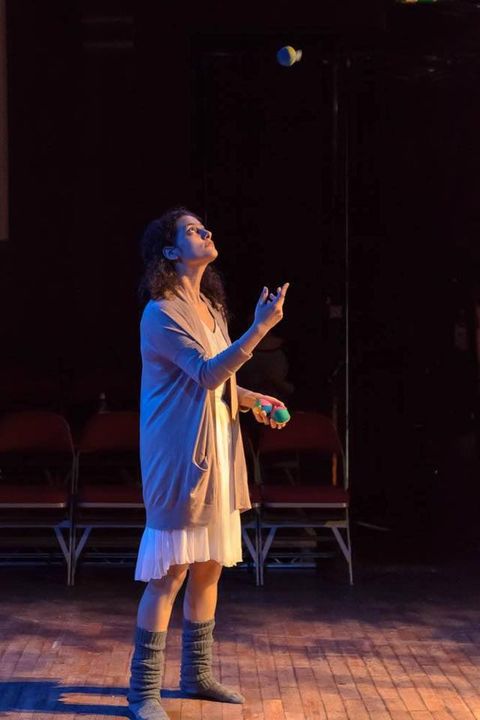 Matinee of #TheBrothersSize Young Vic Theatre with Amelie Leroy
I loved everything about this! If you can get a ticket, get it!
#theatre #london #actors #director #writer #youngvictheatre #tarellalvinmccraney #theatrelife

I know this is an Instagram trend, but gonna share here too! #2017bestnine
Well, here's to more #acting #poetry #posing #travelling #fundraising with the #Revolution & a little more #eating!
#happynewyear #newyearseve #2018goals

Be the first to know and let us send you an email when Greta Gould posts news and promotions. Your email address will not be used for any other purpose, and you can unsubscribe at any time.

Send a message to Greta Gould:

Greta is a London and LA based stage and screen actor with dual British & American nationality. She has worked with acclaimed writer and director Ché Walker as Assistant Director, and was an acting student of his at Wac Arts. Greta graduated from Drama Studio London in 2012.

Other recent work includes the role of Barnesy in Ché Walker's short film 'The Rehearsal Room'. Greta was lucky enough to be selected to go through to the finals of the 3 min round of Monologue Slam at Theatre Royal Stratford East, in July 2017.

Stage performances include 'Henry V' at the Union Theatre, 'A Doll's House' at the Space Arts Theatre, 'Your Number's Up' at the Roundhouse Studio Theatre and the Assembly Rooms in Edinburgh, and 'A Neon Fairytale', also at the Roundhouse, and at Contact Theatre Manchester.

Experienced in devised and ensemble productions.

BA in Set Design for Stage and Screen from Wimbledon College of Art.