Go to www.LIVEGRATEFUL.NET for more image optionsPatches.. Psychedelic Authentic grateful Dead******** This is a listing for ONE PATCH ************

Go to www.LIVEGRATEFUL.NET for more image optionsEarth Kind Designs TM Licensed to Live GratefulOriginal Artist.Patches.. Psychedelic Authentic grateful Dead******** This is a listing for ONE PATCH ************

Go to www.LIVEGRATEFUL.NET for more image optionsStanding on The MoonEarth Kind Designs TM Licensed to Live GratefulOriginal Artist.Patches.. Psychedelic Authentic grateful Dead******** This is a listing for ONE PATCH ************

Go to www.LIVEGRATEFUL.NET for more image optionsPatches.. Psychedelic Authentic grateful Dead******** This is a listing for ONE PATCH ************Garcia CoronaInspired By the original Lot sticker this is our UPDATEDS Garcia Extra Fun in the sun Grateful Dead exsperience. On tour Slamming back s

Go to www.LIVEGRATEFUL.NET for more image optionsPatches.. Psychedelic Authentic grateful Dead******** This is a listing for ONE PATCH ************Be Kind

Go to www.LIVEGRATEFUL.NET for more image optionsBarlow’s family founded the Bar Cross Ranch in the early 1900s and he spent his youth there, until being sent to Colorado to attend the Fountain Valley School. There, he met young Bob Weir, the Grateful Dead’s co-founder, and the two became fast

Get together with your fellow Dead Heads and see if you can find all of the 100 Grateful Dead songs referenced in this awesome poster. Intricately hand drawn, this poster will keep you busy for hours as you search for all your favorite tunes.DETAILS:Officially Licensed Relix Int.MEASUREMENTS:Width:

Go to www.LIVEGRATEFUL.NET for more image optionsThese are from tour late 70s and early 80s on.... we will verify quality with you. Some are old. But still goodAuthentic Grateful Dead

Go to www.LIVEGRATEFUL.NET for more image optionsThese are from tour late 70s and early 80s on.... we will verify quality with you. Some are old. But still goOD!!!THESE ARE OLD STOCK.... THEY ARE NOT BRAND NEW.. THE YARE 30 YEARS OLD.. SOME EDGES ARE FUNNY.. DONT EXPECT BRAND NEW.. EXSPECT VINTAGE

At age 15, Barlow became a student at the Fountain Valley School in Colorado Springs, Colorado. There he met Bob Weir, who later co-founded the Grateful Dead. Weir and Barlow maintained a close friendship through the years.As a frequent visitor during college to Timothy Leary's facility in Mill

Jerry Garcia Band January 22, 1983Phoenix Theater - Petaluma, CASet 1:How Sweet It Is (To Be Loved By You)Catfish JohnThat's What Love Will Make You DoRun Fo...

Be the first to know and let us send you an email when LiveGrateful.net posts news and promotions. Your email address will not be used for any other purpose, and you can unsubscribe at any time.

Send a message to LiveGrateful.net: 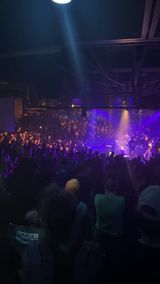 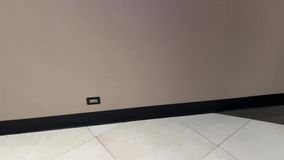 Living Breathing Deadheads. Celebrating the Freedom and Liberty that America has to offer.. Please share in our Journey. These images are our own as well as others. We promote the people going for it.. All these products are based on that journey involved in Going for it.. Living out a dream

Celebrate the Days Between with us tomorrow night.
I received a pretty sweet package today!!!
nugstv Has free dead&co show tonite
Angel Mason check it out
So is this a live Dead site? Or a t-shirt sales site?
5.9.77... THE DAY AFTER CORNELL

By popular acclaim* amoung Dead Heads the G.O.A.T. Grateful Dead show was on Sunday May 8th, 1977, at Cornell University; smack dab in the midst of what is widely acclaimed** to be the greatest month of the greatest tour of a career that was, unlike any other popular bands of the era, primarily focused on their LIVE music.***

The concept of a greatest show of all time being A THING to discuss is NOT EVEN A REAL THING (in any sort of non personal preference strictly sentimental fashion) for any other bands of their era; which was the peak era of Rock and Roll in general as well. No other band's shows were of such a near completely improvised fashion to make them so different from one another for there to be anything even quasi objective to base such opinions on. And the only POPULAR bands who you can say that about from AFTER they made it A THING do not have ANY genius level songwriting skills 🐠. NONE. ZERO.

Even with the Dead it is of course still a largely subjective matter, and is most often based on what era of their constantly evolving sound you most enjoyed. But unlike other bands, The Dead allowed people to tape their live concerts with whatever sort of ancient device the fans could manage to get into the venue.

This fact ➕ the Dead's unusual level of near constant touring ✖ the cultural phenomenon of "Dead Heads" basing their whole lives on following the band around like Gypsies following a Spiritual & Musical Caravan of sorts, created a unique, unofficial, and completely organic grassroots culture of Dead Heads constantly searching out the "best tapes"; in terms of both sound quality and performance captured.

THAT is largely why the 5.8.77 Cornell show became so notorious that blogger Mr. Thoughts on the Dead celebrates it as a Holiday; Cornell Day. The show had a few very famously well taped recordings that were then feverishly copied and slowly spread throughout the "Taper" community; which used to hold swap meets and drive across the country just to TRADE (poor sound quality even when they were the GOOD ones) TAPES OF SHOWS.

Such is the fervor and devotion of ALL OF US who truly and deeply love this band. The unusually high sound quality of the tapes in question(very RELATIVELY speaking) combined with it being from the Alexander Hamilton of Rock Tours turned what was actually just your average excellent show from that tour (they were practically all great shows in the Spring of 77.) into a Larger than Life sort of LEGEND.

In my humble⁉️ opinion it was NOT even THE BEST SHOW that WEEK. The Boston Garden show that happened a day or two(or 3, I forget) before Cornell and the show linked to this post THE VERY NEXT DAY in Buffalo are, for my tastes, significantly better. This show is about as perfect as a rock and roll show improvised in a manner more similar to modern Jazz music ➕ performed by drug addled "hippies"☆ could ever be.

Keith even puts in some small amount of effort to play the organ (Keith was not a KEYBOARDIST he was a PIANIST) instead of how he normally did it; either NOT AT ALL or like it was Dungeons and Dragons in the High School Cafeteria in 1977 at the table directly across from the meanest bullies.*[4] Like he was scared of it ot something. This tour was the last before Keith's previous gradual decline in ability due mostly to drugs started to get LESS GRADUAL to be polite about it.

The set list is awesome, the performances are awesome, the energy of the crowd is palpable even on these Soundboard recordings and this show just epitomizes so much of what was beautiful about The Grateful Dead; ESPECIALLY in 1977 when they were(besides Keith) at the peak of their musical powers and already had the majority*[5] of their best original material written and in rotation.

Also, in set two, you will find the most beautiful, tear jerking, and "FEELSy"☆☆ version of Ship of Fools I have ever heard. The shifts in dynamics are executed just exactly (almost) perfectly. Which is hard enough to do when you are.... say... U2 and you play unsophisticated music in the EXACT SAME WAY every night LIKE MOST BANDS DO; but these songs evolved and changed SO MUCH over the years precisely because normally scripted details such as tempo, shifts in dynamics, the arrangements the musicians used to play their parts, THE SET LIST(never used them) and basically EVERYTHING but the skeleton of the compositions (chord changes, BASIC arrangement, key hooks and riffs etc.) they were playing was IMPROVISED every night, on the spot and in real time.

I have listened to HUNDREDS AND HUNDREDS of Live Dead Shows spanning their entire 30 year run and Ship of Fools was an oft played tune from it's debut onwards, especially in the mid 70s to the mid 80s. There are A LOT of great versions.

But this one will literally⚡ make you cry. Unless you have no heart. I BARELY have one and it gets me HELLA mistyEYED... at a minimum.

in memory of Kobe Briyant NFA
Wal Mart special
Greetings
The Grateful Dead w ith Jerry Garcia is the best band ever, 30 years,1965-1995 all original members except Ron Mckernan made it, though he was there from 1965-1973 alot of positive contributions to the band,
What a long strange trip its been. First show, october ,8, 1984, centrum massachusetts, 19 years old, young that show went with 15 friends nothing but good clean fun,drove down from new hampshire,great show all the people were nice and cool.
x