•T-SHIRTS- The deadline for turning in your order form for T-shirts is September, 15th. (T-shirts will be worn in the rodeo parade).

•RECITAL COSTUME- The payment for your child’s first costume to wear in the spring recital is due this month (September).

For more information or questions on the these upcoming events/dates please call/message, or see Courtney in the office. Thank you for your participation this year! 💗

Our first month danced by fast! Our students are working SO hard and making us proud!

Hard work is paying off in our Acro classes! 🤩🤩

We had a great first day of the new dance year! We are excited to watch all of our dancers work hard but have FUN! Please contact us if you have any questions or need information 🥰🩰

Reminder that classes start Tuesday, August 9th. Check your paperwork for your class day and time. Please reach out if you have any questions! We look forward to a great year of dancing with you all! 🩰

Our DCG staff is working hard today at the studio in preparation for the upcoming season! 💗💗💗💗💗💗💗💗💗💗💗💗

⭐️Have you ever dreamed of being a Dancer?
It’s NEVER TOO LATE!⭐️ Don’t miss your opportunity and sign up Ages 12+ today for all classes!
•Ballet •Lyrical •Jazz •Tap •Pointe •Hip Hop •Acro •Competition

We will be at the studio from 10-2pm today
Come see us!

The Dance Center of Geneva (DCG) is currently registering for the 2022-2023 Dance year! Classes offered are ballet, tap, jazz. Lyrical, pointe, Kinderdance and acro. Ages 2 1/2 and up!

DCG is partnering up with the wonderful folks at The Shoppe in Geneva, on July 16th , 1-4pm for a sweet afternoon! Come register your child for dance classes while enjoying your favorite treats such as ice cream, milkshakes, shaved ice, sandwiches and hot dogs! Anyone who registers for classes will receive 10% off of their ENTIRE order! Follow us both on Facebook for updates, events and some exciting new treats coming very soon!

The Shoppe is conveniently located at:

The Dance Center of Geneva (DCG) is currently registering for the 2022-2023 Dance year! Classes offered are ballet, tap, jazz. Lyrical, pointe, Kinderdance and acro. Ages 2 1/2 and up!

DCG is partnering up with the wonderful folks at The Shoppe in Geneva, on July 16th , 1-4pm for a sweet afternoon! Come register your child for dance classes while enjoying your favorite treats such as ice cream, milkshakes, shaved ice, sandwiches and hot dogs! Anyone who registers for classes will receive 10% off of their ENTIRE order! Follow us both on Facebook for updates, events and some exciting new treats coming very soon!

The Shoppe is conveniently located at:

Wishing you all a safe and Happy 4th of July! Don't miss our extra registration date Tomorrow, July 5th, at the studio located at 1504 W Magnolia Ave in Geneva. . Come see us from 2pm-7pm to reserve your child's spot for the 2022-2023 Dance year that will start in August. If you have any questions please feel to PM on Facebook or text 334-618-7057.

Meet our new Acro instructor, Shelly Wagoner!
Taking her first dance class at age three, Shelly began studying many styles of dance. Born and raised in Sanford, Florida, Shelly was a member of a local dance company that was very devoted to their community.
As a child, Shelly was cast in a local television series titled “Kid’s Corner”, she performed in special events and parades for many theme parks, including Walt Disney World’s traditional Easter, Disney’s Annual Candlelight Processional, Walt Disney World’s A Very Mickey Christmas, Macy’s Thanksgiving Day parade and featured in the ABC television program which covered the induction of Dick Clark into the Rock and Roll Hall of Fame. Shelly was cast as an extra in various movies, including “Matinee” and “Passenger 57”. She continued to perform in her community at the local colleges, Christmas Parades, and events throughout her high school years.
Shelly has trained with many well known instructors Shane Sparks, Paula Abdul, Jackie Sleight, Alexi Dovgopoli (Kirov Ballet), Gregory Hines and Laurie Johnson to name a few. She has won numerous State, Regional & National awards both for dance & choreography, Fiesta-val, Show Choir Nationals, FAME Orlando competition, UDA Regional’s, UDA National Dance Team Championship and MA’s Circle Of Winners to name a few. Shelly started cheering and dancing professionally at age 18 as well as teaching classes & coaching a local high school dance team. She has judged and choreographed several events both locally and out of state. She is also a certified acrobatic arts instructor.
Shelly and her husband Eric have four beautiful children Cody, KayLynn, Kenzie and Kipton. 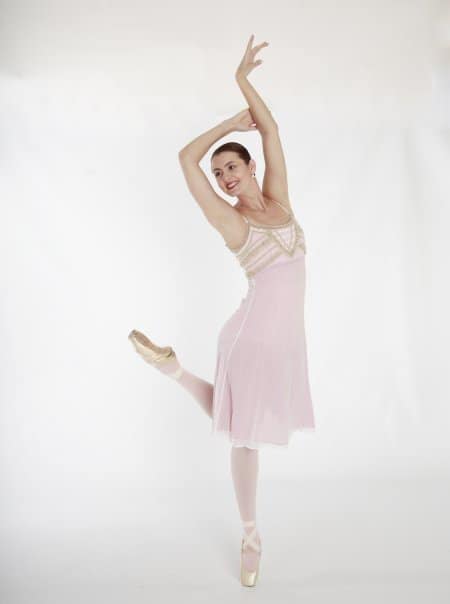 Meet our wonderfully talented Ballet mistress, Tiffany Swan. We are very excited and grateful to have her teach our dancers.

Tiffany Swan is a graduate of Alabama School of Fine Arts, where she studied under Dame Sonia Arova and Thor Sutowski. She also studied at the School of American Ballet (the official school of New York City Ballet), Alvin Ailey American Dance Center, and with David Howard and Douglass Wassell. She attended the University of Alabama and the Harvard Summer Dance Program under full dance scholarships and performed with the Alabama Repertory Dance Theatre where they were one of only two universities from the United States invited to perform at the Biennial Festival in Lyon, France.
Mrs. Swan danced professionally with Atlanta Festival Ballet under Co-Artistic Directors Nicolas Pacana and Gregory Aaron dancing lead roles such as the Lilac Fairy in Sleeping Beauty, Big Swan in Swan Lake, Ursula in the Little Mermaid, and Snow Queen, Arabian, Mirliton, Spanish, Chinese, and Winter Fairy (Sugar Plum Fairy Variation) in The Nutcracker. The directors also created an original ballet set on her entitled An Artist's Life. Tiffany has guested with the Southeast Alabama Dance Company performing classic pieces such as “The Balcony Scene” from Romeo and Juliet as well as in original pieces such as “Texas Canyons” which was invited to represent the southeast region of Regional Dance America at the USA International Ballet Competition in Jackson, MS.
Mrs. Swan became Assistant Artistic Director of SEADAC in 2006, then became Co-Artistic Director in 2008. She received a full scholarship to the Craft of Choreography conference awarded by the Southeast Regional Ballet Association in 2010 for her piece entitled “Eventually…”. She took a year off from the pre-professional ballet company to spend time with her son before he graduated high school, and came back as Nutcracker Artistic Director 2012-2015. Mrs. Swan worked with the Patti Rutland Jazz Dance Company 2016 to 2019 helping them hone their technique.
Over the years, Tiffany has worked in the theatre performing in shows like Oklahoma with Theatre Tuscaloosa and West Side Story with Southeast Alabama Community Theatre. She also choreographed Footloose for Troy University’s Theatre Department.
Mrs. Swan has also been choreographing for The Henry Arts Alliance’s summer camp performance in McDonough, GA, for 23 years.
She currently lives in Sunny Hills, FL, just north of Panama City, with her husband Mark Feulner, and teaches at various studios in the tri-state area as well as in her own space in Dothan, AL.

We have added an extra day to the 2022-2023 dance registration for those who could no attend our recent dates.

Classes will start in August.
2 1/2 years and up
$25 Registration Fee

Ages 2 1/2 and up
Classes will begin in August.

Be the first to know and let us send you an email when The Dance Center of Geneva posts news and promotions. Your email address will not be used for any other purpose, and you can unsubscribe at any time.

Send a message to The Dance Center of Geneva: 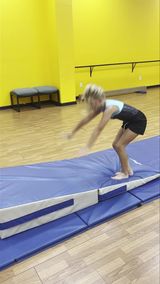 Hard work is paying off in our Acro classes! 🤩🤩

Other Arts & Entertainment in Geneva

Other Arts & Entertainment in Geneva (show all)