Oracle High Priestess of TR3V3L3 UNUM
Wielding Creative Arts Magick for Soul Healing. Gregga J. Johnn is a transient writer and performer. She has traveled around Australia performing in schools entertaining with Poetry and Puppets.

She makes her home in the world wide web and divides her time between family in the United States and Australia. Passing on the Story of Life is her greatest passion. She believes everyone has a story to tell and cannot wait to hear yours.

She makes her home in the world wide web and divides her time between family in the United States and Australia. Passing on the Story of Life is her greatest passion. She believes everyone has a story to tell and cannot wait to hear yours.

You know those Marvel movies where Thanos snaps his finger and a mass amount of the world's population suddenly disappear ... And then the Marvel heroes change time to go and bring everyone back...

#Whatifitoldyou that's the version of the story that the evil Elites and their Reptillian gods want to tell you is what's happening WHEN THE EARTH SPLITS AND THE RAPTURE OR GREAT SOLAR FLASH HAPPENS (which is coming in a near future).

Ummm, no, thank you.
When I depart from the hellscape death matrix that's run on fear and hatred, I refuse to be brought back from "heaven on New Earth," Age of Aquarius.
Thank you very much.

Keep you snappity snappy fingers to yourself.
If you don't want to be "left" on the planet that's operating on fear and hate generation, then cease and let go of generating fear and hate.

Do it now.
And you'll get to rebuild in the new world,
Or, have a heavenly holiday in the New Jerusalem spaceship, and maybe if you want, travel the multi-universe to infinity and beyond 🔆🧡💛🔅

When kind and caring girls with undiagnosed Autism and ADHD grow up to be genuinely compassionate and generous women, their struggles disrupt no one else, but themselves, until they're so disrupted within they can no longer pretend to be what everyone else thinks they should be (and by adulthood, what everyone thinks they are because they've been masking pretense for so long).

ADHD in little girls who are distractable, wistful, and uninterested in things others think they should be interested in are simply considered silly.
They're not disrupting the class like ADHD boys because the same thing shows up differently in boys than it does girls.
So, while that squeaky wheeled boy who can't sit still disrupts the class, there's a little girl's sitting somewhere in the middle of the chaos not present, but completely curled up in her mind, disassociated and distracted... not causing a problem for anyone else, but herself in her inability to pay attention to her lessons and learn.

Autism in what many call "high functioning" good little girls who don't wish to be a burden, also goes unnoticed as we're so busy practicing how to behave like everyone else that we're called "good"... until the exhaustion of pretending to be something we're not becomes so overwhelming that we have a sudden breakdown and are called naughty.
We're punished for stopping the false pretense, even though that false pretense is disrupting our wellness.

If it's not disrupting anyone else, we're good. When we disrupt others because we don't function or behave like anyone else around us, we're bad. So, we practice being good girls in order to not burden anyone.

And at some point, we break.
When we break, it's our fault.
Something is wrong with us.
We get diagnosed as mentally ill, hysterical, bipolar, and drugged with all manner of pharmaceuticals to deaden, dampen, and disrupt who we really are, just so we don't disrupt anyone else.

And that, my friends, is why witches were burned at the stake, hysterical women were put in asylums, and good women leave the church to be called loose women influenced or possessed of devils.

When faced with these dense, gluggy energies, I slow down to align with the sluggish movement and take time to gaze deep into my soul, that I may attend to whatever is trying to bubble up in this stagnant moment.

I find my opinions of men, the toxic wounded ones, gasping for breath as they surface in the mire this current layer and cycle of my living.

These toxic whispers gasp for air, desperate to be heard.
"Men are all f**kwits who cannot be trusted with your most sacred and precious treasures. They will only steal what little worth you have and betray you, leaving you alone in your emptiness.
"They're oblivious to the damage they cause on a regular basis as their careless recklessness runs rampant through your life, ignorant of anything that's important to you. And when you do point this out, they tell you you're wrong because what's important to them is more important than anything that you think is important at all. You're crazy and silly for thinking that."

/sigh.
While I have experienced moments in my life that prove these exact accusations as true... dwelling in the injustice if these moments will only spiral me deeper into my own victimization.
WHAT I NEED IS TO HEAL these energies and transmute this "truth" into a different Truth that I chose to live in.

How?
I mindfully accept that when I speak these accusations I am speaking them to my own mirror, to the Masculine energies within my own soul.

[Advanced lesson- my (adult) soul is a magnet. Whatever is coming into my life is there because it's being drawn unto me by what is already in me.
-- Exception- children cannot be blamed for being harmed using this above lesson truth. A child is too young for consent. This lesson's truth should only be applied to a mature being with consent. All others must be treated with the compassionate understanding that they are victims.
~ In order to no longer be a victim, you must grow up into an age of consent so you are capable of taking responsibility for your magnetic nature.]

As a mature Soul, I therefore heal my wounds by TAKING THE TIME to acknowledge that these toxic thoughts are what I think about the Masculine in me. Thus, (...continued...)

Today, I desire to take on the qualities of nature, specifically the fauna. I have birds chirping outside my windows while critters skitter and forage around my home. Not one of them gives a hoot, caw, or squeak about the current "world affairs."

And that's what they are: affairs.
Those with money and power are cheating on the Natural World by spending their egoic efforts on ruling and maintaining dominance over this temporary existence.

Today, I'm going to focus on my love, finding my joy, and emanating my peace right where I am. I shall forage for my living (picking up and delivering food in my van) and generally carry on regardless of the ridiculous lengths that the wealthy are fighting over to keep and amass their riches.

I guess I'm doing the same. It's just that my riches are eternal. The only focus I give to temporary energy is to use such tools to empower the Eternal.

So let it be as Eternity makes it so. It is done. Hallelujah & HUZZAH!!!

Last night, I came to a painful realization. The celebrity crush imaginings I've been creating in my mind (to "while-away" my aloneness) are all coming true... for someone else.

It's strange to see your magickal energies and manifestation abilities coming quickly true, but doing so in the life of someone else instead of you.
IT'S BROUGHT ME TO SOME DEEP PERSONAL ANALYSIS.

The following is some of that working out. I share this vulnerability as an accountability for myself and as an example of a lesson learned so that perhaps another might get some benefit from my lesson and learn it too, without having to go through it.

~ Some good news from last night's dreams after the above questions.

I'm entering a new phase where my healing and learning are coming from a different path than what was.

In my past, I've learned many lessons through connecting with different men.
But, now- that is becoming a waste and a throwing away, unnecessarily, of my energy blessings.
I've been giving away what is rightfully mine.
I'm still trying to shed the last of that old programming that taught me: I'm not worthy of anything unless I'm helping a man, as the secondary support to His life.

It's time to start focusing on my own path entirely.

This is new for me and makes me nervous as I've not been capable of walking my own path without help in the past.
But now I'm realizing I'm not broken (or lazy or stupid), but rather am simply Autistic with ADHD. I now have a clearer understanding that my neurodivergent mind just doesn't fit into the "normal" ways. This means I get to find new ways to do things.
With trial and error, I can expect mistakes, but that's a good thing as those mistakes are lessons that lead me on to new successes earned through hard work.

I do feel overwhelmed as if I don't seem to have enough time or resources. But everything I need shows up right when I need it, not before. Again- so as to not be wasted.

This calls for a new level of faith & discipline in letting go of habits (that I've been stuck in the patterns of for 50 years) and purposely disciplining my mind into new mindful thought patterns.
(...continued...)

What lesson am I still trying to learn?

- "Others" who seem to need my help are only mirrors that expose where I need to heal myself.

- There are no "others," as we're all One Connection to Eternal Love, wriggling around in our unique individual expression, for Love is multifaceted. There are infinite ways to express and experience Love. Every "one" of us is simply Love in a different shade or frequency.

- Healing myself and practicing new habits that maintain and generate that healing in my life is the only way to "help others." Healing me, heals the whole.

** While this is a universal soul Truth, the vast majority of humans on this planet choose to hold to their separateness and do not want to be healed.
For healing exposes the wounds that are present in their lives. That hurts, embarrasses, and causes vulnerability. Very few are able, willing, nor choose the bravery required to step into the pain and discomfort of that healing process. They're already too tired, too hurting, and believe too much in the lies that this present separation* preaches (*from Eternal Oneness in Love).

- As much as it pains me to see others in pain, all I can do is be me, as I am healing.
Perhaps I really do need to stop speaking the Truth (as I see it), into individual lives when I am not asked for that "opinion."

??? Am I truly supposed to somehow find a way to walk through the mess of this world and not point out the very things that are poisoning everyone just because no one believes that what is poisoning them is poisoning them?
?? Am I supposed to ignore the gapping festering wounds in the people I love just because to point out these festering, puss leaking, pain enflamed wounds, pokes the sore spots and doing that brings sudden attention to that pain... which then angers the holder of that pain and causes them to blame me for their own pain.... when all I was doing was saying:
(... continued...)

Be the first to know and let us send you an email when Gregga J. Johnn Oracle High Priestess of Trevel-Unum posts news and promotions. Your email address will not be used for any other purpose, and you can unsubscribe at any time. 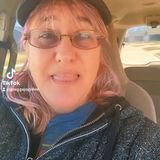 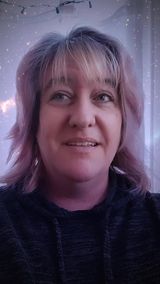 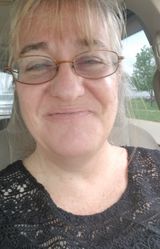 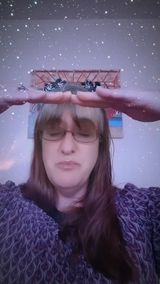 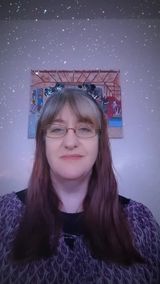 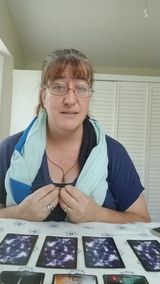 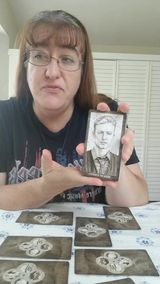 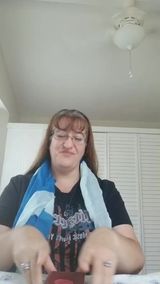 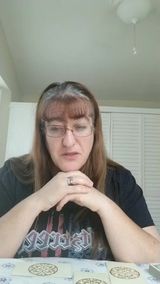 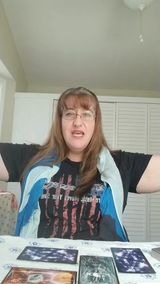 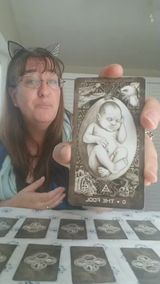 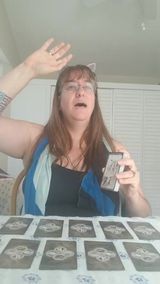 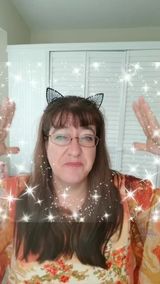 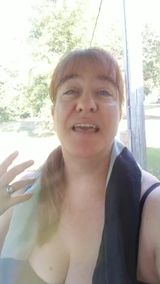 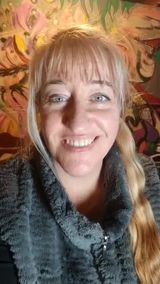 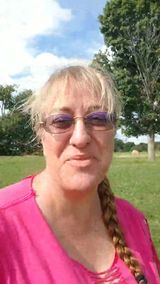 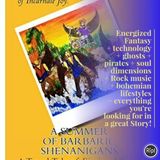 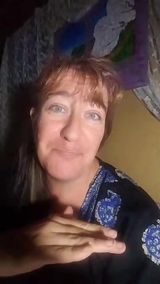