Description If you're in the market to purchase or sell property, I'm here for you! Your real estate needs are my top priority.

Culture will often have us believing everyone has malicious intent against us. The misjudgment of others often blocks the very blessing and opportunities God put before us. Could it be that the unknowing scares us? Could it be that our arrogance causes us to feel like we don't need others? Could it be that a damaged past so consumes us that even the possibility of help seems far-fetched?

Misjudgment is nothing new. It has been the cause of relational breaks and wars since biblical days. If we were to flashback to David's time, we would see that David's Godly response to the grief of his neighbor resulted in misjudgment. After King Nabash's death, the Ammorite leader, David sent a delegation to express his sympathy to the son. However, it was not received but instead seen as an opportunity for David's men to scope out the land and overthrow it. Because of the son misjudging David's action, he humiliates David's men as they enter the land.

God positions people in our lives for reasons and seasons. Unfortunately, our fears block his positioning, just as in the case of the King's son. During those fearful states, we can humiliate or destroy the very people God sent to be our blessings. Therefore, we have to be intentional in seeking counsel from God in all situations. James 1:5 says,"If any of you lacks wisdom, you should ask God, who gives generously to all without finding fault, and it will be given to you."
#mondaymotivation #dailyaffirmations #dailymotivation #spiritual #spiritualawakening #atlanta #dailydevotional #dailydevotion

I believe that you should not tell new people that you meet too much about you. However, they should learn more about you as time goes on. Recently, I was speaking to one of my close friends, and she made a great point regarding dating. She said, "When you open up the gate immediately with telling your fears or desires, the other person uses them to make empty promises or uses it against you." I thought to myself, that's probably why my grandmother always said, "Not everyone deserves to see you fully."

If anyone in the Bible could relate to my friend, it would be King Hezekiah. While he was in a vulnerable state, the king of Babylon befriended him by bringing him get-well-soon gifts. Immediately Hezekiah opened up and showed the king all the treasures of the land. In 2 Kings 20:16, the prophet Isaiah warns him. He tells Hezekiah that the king of Babylon would carry off all the palace treasures into a Babylon along with his descendants. Of course, we find out the prophecy becomes true when we read about the Babylonian exile.

When we operate in the flesh, it is easy to let our guards down. Especially when the person intrigues us, however, we should place it before God and recognize his timing in all things, which includes relationships of any kind. When we put it before God, we are asking him to give us a discerning spirit. Romans 12:2 says, "Do not conform to the pattern of this world, but be transformed by the renewing of your mind. Then you will be able to test and approve what God's will is—his good, pleasing and perfect will." #morningmotivation #mondaymotivation #dailyaffirmations #dailymotivation #bibleverse

Someone told me it was Mother’s Day...let me flex! 🤪Happy Mother’s Day to all the powerful women pouring into the lives presented before them! Enjoy your day🥰 *
*
*
Angelle Lashun, REALTOR®️
Better Homes and Gardens Real Estate Metro Brokers

One of my favorite classic movies of all time is Ghost. If you're not familiar with the movie, it stars Whoopi Goldberg, Demi Moore, and Patrick Swayze. In the movie, Swayze plays the role of Moore's husband, who dies in a horrific accident early on. Although his funeral takes place, his spirit still roams the earth, and that's where Goldberg's character comes in. She plays the role of a con artist that claims to speak to the dead. But to her surprise, Swayze's spirit shows up to her operation and demands that she help him talk to his widowed wife.

I love the movie because it causes you to wonder about the supernatural. Throughout the movie, Swayze's spirit is walking around protecting his wife and even others. But the amazing part is she never realizes how he is protecting her until Whoopee helps her see. I believe Elisha understood supernatural power in 2 Kings 6 when he and the prophets face the Aramean army. Verse 15 tells us how his servants immediately became afraid because they were outnumbered, but Elijah prayed that the Lord would give his servants supernatural vision, and the Lord did. With that new vision, the servants could see chariots of fire surrounding them for their protection.

Although Ghost was a movie that I watched during my formative years, its storyline still resonates in my spirit. I know that God has angels watching over me, constantly protecting me from the unseen and opening doors of opportunity. Psalms 91:11 says, "For he will command his angels concerning you to guard you in all your ways." #motivation #mondaymotivation #dailydevotional #wordsofwisdom #wordstoliveby #mondayvibes #mondayvibes #devotional #morningdevotion

When your Big Momma said, “ Put your money where your mouth is” she was talking about earnest money. When placing an offer, your word is not bond, but your money is. So, make sure you’re ready to let the seller know you’re serious about their property by cutting the check.
*
*
Angelle Lashun, REALTOR®️
Better Homes and Gardens Real Estate Metro Brokers
#realestate #realtor #atlrealtor #atlrealestate #creditrepair #financialfreedom #financialliteracy #atl #atlanta

Have you struggled with God? Well, for many of us, the answer is yes to the hundredth power. Webster's dictionary defines the word struggle as an attempt to force a violent effort to get free of restraint or construction. The definition caused me to smile because "get free. " If I am struggling with God, that means he is holding on to me, and I'm forcefully trying to break away.

It makes me think of when my kids were younger and when we were out in public, one place, particularly the doctor's office. I would hold them in my lap with my arms wrapped around them because I didn't want them to touch the floor. Often this resulted in lots of squirming and tantrums with their attempt to get out of my arms. I can remember times they would become so exhausted from resisting it would put them to sleep. In those moments that I would kiss on them and whisper, "Mommy just doesn't want you to get hurt."

If you answered yes at the beginning concerning struggling with God, you should be smiling now. Smile because he is holding you despite your resistance. Smile because he knows the danger that awaits if you touch the floor. Smile because once you stop resisting, he whispers in your ear, and you have a better understanding of what he was protecting you from. Ecclesiastics 8:6 says, "For there is a proper time and procedure for every matter, though a person may be weighed down by misery." #mondaymotivation #mondaymood #dailyaffirmations #dailyinspiration #dailyquotes

When you are going up against more than one potential buyer, it’s the time to put your best foot forward. This might be your one chance to convince the owner to sell their home to you, so it’s all the more important to submit your best possible purchase offer. In the current market SOME contingencies have to be eliminated. Make sure that you’re working with an agent that has your best interest at heart, and looking to make sure you’re not offering on impulse or desperation.
*
*
*
Angelle Lashun, REALTOR®️
Better Homes and Gardens Real Estate Metro Brokers

Are you a fan of the board game monopoly? Well, it was one of my favorites growing up and still is today. I believe it is a game that helps develop your understanding of risk. Throughout the game, you weigh the possibilities, and you quickly learn that some pan out favorable and some do not. If you've played the game multiple times, as I have, you'll discover that the player that plays safe never wins or gets out very early.

Risk-takers, or shall I say optimists, are often frowned upon until their outcome is successful. Yes, being that I fall into this category, I've had countless conversations with people attempting to persuade me to play it safe. To be transparent, sometimes they were right. However, as I reflect, I still believe I always benefited from the risk, even if it wasn't the desired outcome. Of course, the Bible speaks to us on all issues of life, even taking a risk. 2 Kings 7:3-8 tells the story of four men with leprosy, weighing the possibilities of them leaving their current city and entering the land of their enemies. In verses 3-6, they talk about the possibility of them dying in their current city from the famine or dying from the enemy's attack in the new land. But, they also consider there was a possibility of the enemies accepting them in the new land.

Well, they decided to take the risk and move into the land of the new land, but unknowing to them, God was already working it out for them. Verse 6 explains that God caused the enemies to become distracted and abandon their land before the four men entered. Not only did they abandon the land, but they also left all your valuables; the men were blessed beyond their expectations.

I know this seems easier said than done, and I agree. However, if we lay our concerns before God, he will protect us with either option, even when we did not hear clearly. Throughout the book of 2 Kings, prophets are speaking, but in this story, the four men were in a desperate state, where they had to talk out their possibilities without guidance, and I'm sure we can all relate. This story is a clear example of God's loving arm of protection. Read more link in bio...
#mondaymotivation #dailyinspiration #devotional

Be the first to know and let us send you an email when Angelle SELLS Real Estate posts news and promotions. Your email address will not be used for any other purpose, and you can unsubscribe at any time. 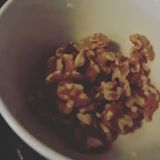 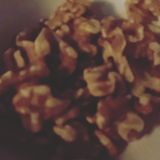 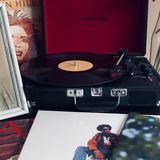