David was influenced by Elvis & The Beatles at a early age.

Join me This Evening 4:30 to 8:30 at Cody's Sumter Landing In The Villages. I'll be Singing Your Favorite Oldies Country & Rock & Roll.
Enjoy your Favorite Food Items & Drinks & Great Staff . See Ya There !!

I do not own the rights to there cover songs

I do not own the rights to there cover songs

Great night at Cody's Brownwood In The Villages

My Schedule For This Week

Join me Thanksgiving Day At Cody's Sumter Landing In The Villages 4:30 to 8:30 Singing Your Favorite Oldies So You Can Dance Off All That Turkey

Great night at Cody's Brownwood in the Villages.

Great time at Havana Country Club in The Villages

My Schedule For This Week

My Schedule For November

I have a new set list for Cody's Sumter Landing Thursday October 28th 4:30 to 8:30 . Happy Halloween

I've Canceled all my gigs for this week due to my Mother is very Sick. I'll be out of town for awhile.
Please keep her in your Prayers
Thank You

Feeling Blessed. We already have 120 Bookings for 2022

Waterfront Social Gig is Canceled due to weather. I'll be back there August 19th

Getting ready to Sing Some Oldies at Havana Country Club on this rainy evening. 4:30 to 7:30

Just got a last minute booking for Havana Country Club today in The Villages. 4:30 to 7:30

We have a new Entertainer coming to VFW Post 4209
join us July 9th at 6:30 for David's One Man Band
Oldies Rock & Roll, Country & Classic Rock

Just saw the sad news that my Houston friend, BJ THOMAS, -The BJ Thomas - has passed from cancer. Here's what his publicist sent. One of the great singers gone too soon.
ARLINGTON, Texas – Five-time Grammy award winner and Grammy Hall of Fame inductee, B.J. Thomas, died today at home in Arlington, Texas at the age of 78 from complications due to stage four lung cancer.

Few artists have left a more indelible mark on America’s musical landscape than B.J. Thomas. With his smooth, rich voice and unerring song sense, Thomas’s expansive career crossed multiple genres, including country, pop, and gospel, earning him CMA, Dove, and Grammy awards and nominations since his emergence in the 1960s.

Thomas’ career was anchored by numerous enduring hits, among them his million-selling cover of Hank Williams’ “I’m So Lonesome I Could Cry,” the Grammy-winning “(Hey Won't You Play) Another Somebody Done Somebody Wrong Song” and the iconic “Raindrops Keep Fallin’ on My Head,” which won the Academy Award for best original song. A five-time Grammy award winner and Grammy Hall of Fame inductee, Thomas has sold over 70 million albums worldwide, scoring eight No. 1 hits and 26 Top 10 singles over his 50+ years in the music industry. His lengthy chart history led to him being named one of Billboard’s Top 50 Most Played Artists Over The Past 50 Years. Such memorable hits as “I Just Can’t Help Believing, “Don’t Worry Baby,” “Whatever Happened To Old Fashioned Love,” “New Looks From An Old Lover” and “Hooked on a Feeling” have made him a staple on multiple radio formats over the years.

Make your plans to join David's One Man Band this Saturday May 8th 6-10 at River Run Rainbow Springs.

Had a great time at Waterfront Social in Crystal River last evening. Thanks everyone for coming out

Had a great time at Codys Brownwood in The Villages

Today is a beautiful, cool day on the bay!
Live music from 5-8 🎶

Be the first to know and let us send you an email when Dave's One Man Band The Music Man posts news and promotions. Your email address will not be used for any other purpose, and you can unsubscribe at any time.

Send a message to Dave's One Man Band The Music Man: 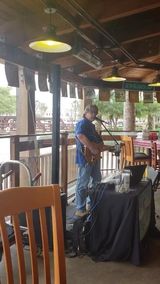 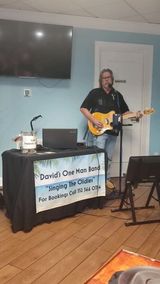 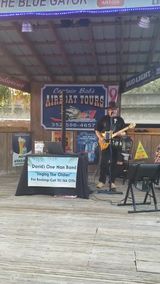 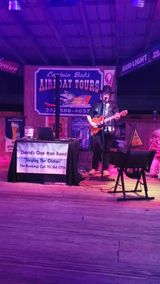 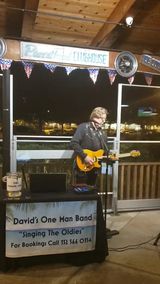 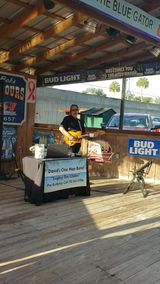 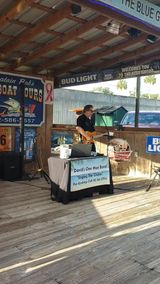 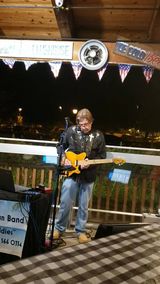 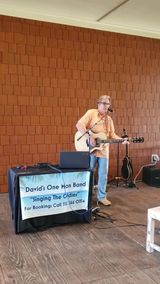 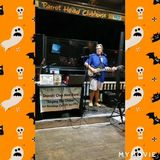 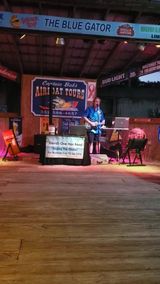 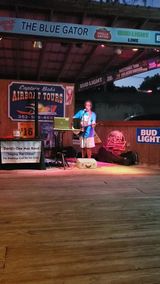 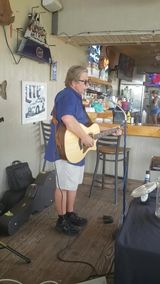 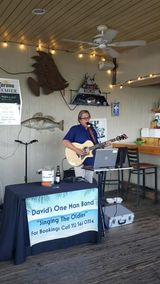 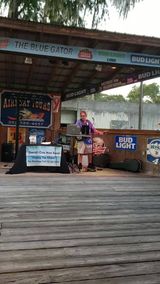 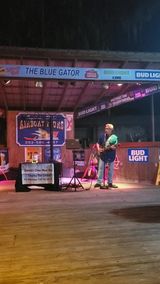 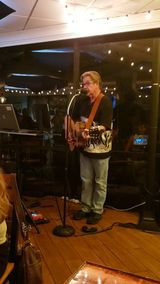 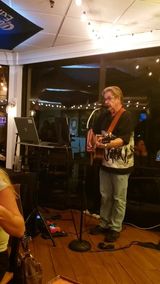 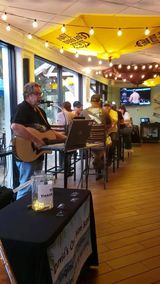 Other Arts & Entertainment in Dunnellon