Welcome! I'm a SAHM with 2 little guys. I make pretty things with yarn!! *A deposit is required for all orders*

The perfect model 🐶🦈
@Tucker.Carlos20 #TuckerCarlos
He was rewarded with treats before and after.
#FluffyLandShark
#poochon

**Mini-dot Pixie Bonnet by BrittStitch
I used Lion Brand yarn in gray sparkle.
*100% acrylic yarn*
Suggested size: newborn to 6mths
Item will be added to my shop on Monday!

⚡I'm a sucker for bright colors!🔥

Yarn: I love this yarn 100% #acrylic in Fruit Punch.
The #ElectricBluePomPom is my favorite right after #HotPinkPomPom!

Knitted blanket patterns - Get cosy and make a blanket with one of these free blanket knitting patterns. There are blankets for every skill level. 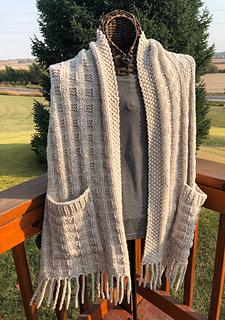 *10/11/2020 PLEASE NOTE. a Couple of errors were spotted in the original pattern. An update has been posted, Please use Version 3 when you download.

Crocheting on this breezy sunny ❄cold❄ day.
First up, twisted headband in Vanna's choice grey marble.
Hopefully, I can crochet a purple velvet one next! 🤞
💞Happy Sunday💞 🙌🙌Happy FRIDAY!!! 🙌🙌
My kids had 2 (TWO) ❄snow ❄days back to back AFTER only being back in school from break for a day. This week has been messy and I don't mean the ❄snow❄ that is still on the ground.
Hopefully, this weekend we can get some stuff DONE!
#AnotherBarleyBeanie I made the #Barley beanie #tincanknits a while back with #AWhimsicalWoodYarnCo yarns and couldn't decide on which pom to use (#TeamPom), so I found this bright blush pink #ButtercreamLuxeCraft pom from #Joanns. I adore how the brighter colors are popping on the beanie now. 💞🧶💞🧶💞🧶

Happy Thursday!
❄Snow Day knits❄
⛄Barley beanie #TincanKnits
⛄Yarn #AWhimsicalWoodYarnCo
🌬Black Pom from Joanns
🌬 I used the button method to attach the pom and I like it!!

I'm loving this scrap blanket idea and it will help get rid of some acrylic yarn I have stored away.
✨Happy 2020✨

Use up your scrap yarn with this crochet scrap blanket! This blanket has a really cool unique pattern and is made easily with the corner to corner stitch. Find the tutorial on how to make your own crochet scrap blanket below. Save this to your Ravelry here. PIN it to your Pinterest boards here. Keep...

Crochet and Knitted items made with lots of love. by KatisKnottyness

COUPON: SHOPSMALL1 to receive a $1.00 off all patterns

You searched for: KatisKnottyness! Discover the unique items that KatisKnottyness creates. At Etsy, we pride ourselves on our global community of sellers. Each Etsy seller helps contribute to a global marketplace of creative goods. By supporting KatisKnottyness, you’re supporting a small business,...

I found this wonderful poem in one of my favorite yarn groups!

‘Twas the night before Christmas and all around me
Was unfinished knitting not under the tree.
The stockings weren’t hung by the chimney with care
’cause the heels and the toes had not a stitch there.

The children were nestled all snug in their beds
but I had not finished the caps for their heads.
Dad was asleep; he was no help at all,
And the sweater for him was six inches too small.

When out on the lawn there arose such a clatter,
I put down my needles to see what was the matter.
Away to the window, I flew like a flash,
Tripped over my yarn and fell down with a crash.

The tangle of yarn that lay deep as the snow
Reminded me how much I still had to go.
Out on my lawn, I heard such a noise,
I thought it would wake both dad and the boys.

And though I was tired, my brain was a bit thick,
I knew in a moment, it must be Saint Nick.
But what I heard then left me perplexed-ed,
For not a name I heard was what I had expected
“move, Ashford; move, Lopi; move, Addie and Clover
Move, Reynolds; move, Starmore; move, Fraylic–move
over”
“Paton, don’t circle round; stand in line.

Come now, you sheep wool work just fine!
I know this is hard semi, it’s just your first year,
I’d hate to go back to eight tiny reindeer.”
I peered over the sill; what I saw was amazing,
Eight woolly sheep on my lawn all a’grazing.

And then,in a twinkle, I heard at the door
Santa’s feet coming across the porch floor.
I rose from my knees and got back on my feet,
And as I turned round, Saint Nick, I did meet.

He was dressed all in wool from his head to his toe
And his clothes were handknit from above to below.
A bright Fairisle sweater he wore on his back,
and his toys were all stuffed in an Aran knit sack.
His cap was a wonder of bobbles and lace,
A beautiful frame for his rosy red face.

The scarf round his neck could have stretched for a
mile,
And the socks peeking over his boots were Argyle.
The back of his mittens bore an intricate cable,
And suddenly on one I spied a small label.
SC was duplicate stitched on the cuff,
and I asked “Hey Nick, did you knit all this stuff?”

He proudly replied “Ho-ho-ho, yes I did,
I learned how to knit when I was a kid.”
He was chubby and plump, a quite well-dressed old man,
And I laughed to myself for I’d thought up a plan.

I flashed him a grin and jumped up in the air,
And the next thing he knew he was tied to a chair.
He spoke not a word, but looked in his lap
Where I’d laid my needles and yarn for a cap.

He quickly began knitting, first one cap then two;
For the first time I thought I’d really get through.
He put heels on the stockings and toes in some socks
While I sat back drinking Scotch on the rocks!!

So quickly like magic, his needles they flew,
That he was all finished by quarter to two.
He sprang for his sleigh when I let him go free,
And over his shoulder he looked back at me.
And I heard him exclaim as he sailed past the moon
“Next year start your knitting sometime around June.”

When life gives you wonky yarn and an extra wonky vest pattern, you frogg and start with a cowl!🧣 That's the saying, right?

Happy Friday!!
🤣This is not crocheting or knitting. 🤣 11-Year-Old Teaches Cedric The Entertainer, Danica Patrick And Kelly Clarkson How To Crochet

⭐Happy Wednesday!! ⭐
I'm hoping with the cooler weather today that Autumn🍂 is close.🌬

🧶I just finished blanket #3 with the #BernatBigBlanket.
🧶I 86 the needles and hand knitted the squishy snuggly yarn.
🧶The 60×72 blanket was made with 9 skeins of the Jumbo Bernat BIG blanket yarn in moody blues.

A “brainy” new Halloween pattern is on the blog today! A little undead friend to add to the collection. 😆

Be honest, is the eyeball too much? 👁 😂 I couldn’t resist.

Check out the pattern (and that crochet brain detail! There’s a video tutorial 😊) on the blog now!

This isn’t your typical Crochet Gingerbread House! I’ve constructed this so that you can crochet the entire house in one piece! No separate walls and roof to stitch together. Just one lone piece that folds into a house (with a bit of crocheting edges together.) Christmas is sneaking up on us and...

Happy Tuesday AND 2nd day of...
🎶 "O-C-T-O-B-E-R...31 days and 31 nights"🎶
🥰🎃🧶
I'm obsessed with this yarn combo, @AWhimsicalWoodYarnCo with Sweeties & Fun House colorways.
The combo looks great with the Barley beanie pattern by @TinCanKnits.

Whew!!
❤ Happy Sunday ❤
I just finished this lush BIG hand knit blanket for my oldest.
He is super excited and is praying for COLD weather, so he can start using it.
Yarn: 6 skeins of Bernat Blanket Big Yarn (Jumbo #7)
Pattern: P2, K until last 2, P2 *repeat*
#BernatBlanketBIGyarn #HandKnit #BigBlanket #WaitingOnFall

⭐⭐Happy Tuesday! ⭐⭐
I tried a new bind off on the Garter & eyelets sleeveless top by https://www.mamainastitch.com/garter-eyelets-sleeveless-top-beginner-knitting-pattern/.
** Video posted in comments. **
Yarn: Lion Brand Comfy Cotton in whipped cream. The yarn is a bit fussy, but I like the finished look.

This is on my TO DO LIST for this school year.
https://www.etsy.com/listing/669448001/keyhole-pencil-scarf-pattern?ref=shop_home_active_3&crt=1

Pattern only not finished product. Keyhole pencil scarf . This cute unique scarf will thrill the teacher in your life. Make as a great appreciation gift for your favorite teacher.

Whew!! I have been busy trying to finish some WIPs!! 2 down 3 more to go!
I finished a cozy pull over for my youngest and a throw for me!
#Autumn #Crochet #GrannySquare #CozyPullover

**Patterns are linked in comments**

For the better part of the day I thought it was Friday. 🤣 I guess I'm overly excited about seeing some Mommy friends on Saturday, at a Birthday party, I was wishing the week away. 🤭

I'm stepping out of my comfort zone and started a crochet modern granny striped blanket in colors I won't normally pick.
The mix sort of minds me of the desert or deep fall colors.
What do y'all think?
The finish blanket will also have tassels.
Yarn: very squishy and super soft Lion's Brand Jeans. I hope they get more colors b/c this yarn would be perfect for light sweater or a nice cowl.

Hello, Crochet Friends!: Making Art, Being Mindful, Giving Back: Do What Makes You Happy

I love this dude! He is one crafty guy with a big heart for others. Rock it, #JonahLarson

A celebration of the beauty and power of crochet-specifically, the life-changing benefits this fiber art has brought to one extraordinary boy, 11-year-old crochet prodigy, Jonah Larson. Part One: Jonah shares his life story, including details about his adoption, significant behavior struggles in ...

Hand knitted and crocheted items. Most orders are customized and non refundable.

Be the first to know and let us send you an email when Kati's Knottyness posts news and promotions. Your email address will not be used for any other purpose, and you can unsubscribe at any time.

Send a message to Kati's Knottyness: 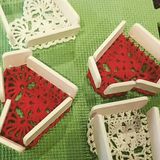 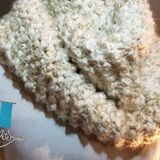 Other Art in Ashburn