The Zone is a unique, all-in-one, full-family entertainment venue created to take wholesome fun to the next level. Our sports bar and arcade was born from necessity when our owner, Kamal, saw the need for a place that catered to kids and adults alike.

His insight and background in hospitality motivated him to create the space that exists today -- one that offers upscale food and beverages, unbeatable service, and a host of the best entertainment that exists. Today, we're proud to offer even more ways to get together for a good time, including birthday party packages, corporate team building events, and private events for any occasion. Our missi

His insight and background in hospitality motivated him to create the space that exists today -- one that offers upscale food and beverages, unbeatable service, and a host of the best entertainment that exists. Today, we're proud to offer even more ways to get together for a good time, including birthday party packages, corporate team building events, and private events for any occasion. Our missi

Experience March Madness at the Zone.

The first round of the tournament starts today and we would love for you to join us!

Calling all Pi lovers! Half-priced pies all day at the Zone!

Choose between a hand-tossed thin crust pizza or artisan flatbread. Buffalo chicken, margherita, and vegetable delight are just a few of the many options available!

Treat yourself to a ½ priced pie tomorrow at the Zone!

No plans for this weekend?

Join us at the Zone for Keep It Classy Saturday and Sunday Funday! We are offering a variety of house cocktails for only $6 on Saturday and $4 Mimosas and $6 Bloody Marys on Sunday!

Doing March Madness? Host your bracket party at the Zone!

NCAA bracket selection is Sunday, March 13th at 6pm and the first round starts March 17th. Between those dates, bring your group and enjoy some delicious food and drink while filling them out!

Next Wednesday, March 17, join us for Shamrock at the Zone featuring a variety of food and beverage specials including $12 Bangers and Mash and $4 Guinness!

The Zone is closing early today, March 9, at 6pm for a private event.
Thank you for your understanding!

Happy International Women’s Day. A special shout-out to all our lady staff members and all women worldwide for all their continued hard work and dedication!

We know Monday can be the longest, toughest day of the week.

Celebrate every Thursday at the Zone with juicy wings coated in one of our delicious 13 flavors! We are offering $5 pounds of wings and just $6 for a 32oz pitcher of Domestic Draft Beer.

Can you believe that it's March already? Summer will be here in no time. Now is the perfect time to start planning to ensure your kids have the best summer ever!

From bowling to virtual reality to cooking with our chef and so much more, the Zone Summer Camp is the place to be!

Don’t forget to come join us today from 4-9 pm to celebrate the festivities of Mardi Gras with a variety of food and beverage specials, including $6 Hurricanes, $3 Cajun Fries, and More!

And don’t forget to vote for us for Best of Ashburn and Best of Loudoun! You can vote at the link below.

Hey, friends! Meet Nick, one of our friendly bartenders.

When he’s not at the Zone, he enjoys exercising and snowboarding. He also shared that his favorite thing to eat at the Zone is the delicious Spicy Chicken sandwich.

Stop by for a cold one and say hello to Nick. 🍺👋

Celebrate Mardi Gras at the Zone!

Join us this Tuesday, March 1 from 4-9pm as we embrace Fat Tuesday with a variety of food and beverage specials, including $6 Hurricanes, $3 Cajun Fries, and more!

It’s never too early to plan ahead. Sign your kids up for a busy and fun Summer at the Zone!

Check out our activities, dates, and pricing!

We are thrilled to be featured in @loudountimes Best of Loudoun poll. Vote daily for your favorites now through March 11.

Thank you in advance for your support!

You’ll find us under the following categories:

Do you remember when you used to get extra competitive playing Air Hockey with your family and friends? That’s the kind of spirit we’re talking about!

Bring that healthy rivalry over to the Zone.

Celebrate #NationalMargaritaDay at the Zone with $5 Margaritas and $1.50 individual Street Tacos. Our house margarita features Patron Silver tequila, fresh lime juice, simple syrup and triple sec. Are you team salt or no salt? 🧂

Have you been looking for a cool place to host your work event, birthday party or a fun private gathering? It’s time to stop looking!

Book your private event with us for your special occasion. At the Zone, you’ll find arcade games for all ages, bowling, incredible food and drinks, and a spacious spot to hang out in.

Call us or send us a private message to book today.

In his free time, Chris enjoys going on bike rides and playing guitar. He loves the Zone’s crunchy Shrimp Tacos!

Give him a handshake or a compliment next time you come around for all his hard work at the Zone. You can also tell him you saw him online.👏

Celebrate Mardi Gras at the Zone!

Join us Tuesday, March 1 from 4-9pm as we embrace Fat Tuesday with a variety of food and beverage specials, including $6 Hurricanes, $3 Cajun Fries, and more!

Adventure awaits at our Laser Tag game area. 🌴🔫
Engage your family, friends or coworkers in some healthy competition.

It’s time to think about your Summer plans. Our camp programs will be filled with fun and engaging activities both indoors and outdoors to keep your kids busy all summer long. 🌞

Check out our activities, dates & prices. Click the link to book now. 👉 https://bit.ly/ZoneCamps

On this special day, feel and share the love with your closest ones. Pamper your partner with a three-course dinner and we’ll take care of the rest (including a kid's camp!).

Call ahead or click the link below to make a reservation.

The Zone is the place to watch the Big Game. Cheer on your favorite team and score with our food and drink promos. The fun starts at 6:30 pm this Sunday.

Here’s to love!
This February 14, celebrate love with your partner at the Zone without having to leave your kids at home!

Head to our link below to make your reservation. 🍽️✨
See our full Valentine’s Day menu.

*$99 per couple includes a three-course meal, kids camp, and a kid's meal for up to three kids.
* Each additional child is $15.

Have you heard the good news?
It’s #nationalpizzaday🍕 !

We offer a plethora of pizzas to choose from. Which one is your favorite?

The Zone is proud to be featured in the Best of Ashburn polling! Vote for us daily through March 4 via the link below.
https://va.secondstreetapp.com/Best-of-Ashburn-2022/

You'll find us under the following categories:

Thank you in advance for your support!

Our Valentine's Day package includes a 3-course meal with champagne, for two adults and a kids camp with dinner for up to 3 kids for only $99.

Save your spot through the link below.
*Each additional child is $15.

Check out our delicious Family Meals! They will save you lots of time and satisfy your whole crew. 🤗
See the full menu below 👇

The Big Game is right around the corner and you can surely watch it at the Zone!

This Sunday, February 13 at 6:30p snack on our $4 small plates or sip on our $3 domestic drafts, fireball shotZ, and $4 craft drafts, well liquor or house wine.

Today is National Fun at Work Day! Extend the fun after hours at the Zone.

Be the first to know and let us send you an email when the Zone posts news and promotions. Your email address will not be used for any other purpose, and you can unsubscribe at any time.

Send a message to the Zone: 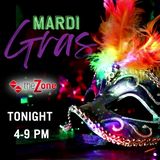 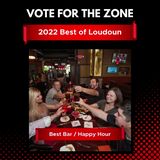 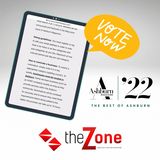 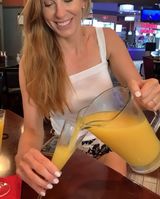 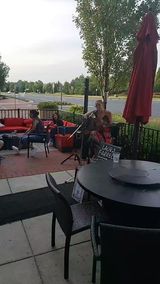 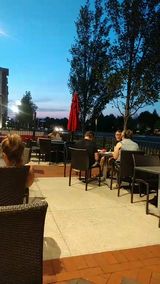 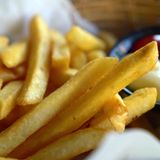 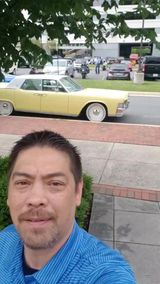 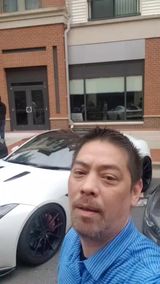 Fox 5 Zip Trip to the Zone!

Our Patio is Open!

We can't wait to welcome you back!

We are a family entertainment center. With a full service sports bar and restaurant, we have fun entertainment options including Laser Tag, Bowling, Arcade Games and the areas ONLY Virtual Reality Gaming room. Our venue is great for corporate events, team building, birthday parties, networking events.

All time big fun
Big thanks for hosting Cars & Ci**rs! Hope to see another out at The Zone again soon, maybe even become a regular 🤔
Done
First time over to participate in the RHOLC, nice place. Spent most of my time on the patio to be honest, which was very clean and relaxing having just left work. Had some great Whiskey options out and staff was very friendly, food the was recommended by my waitress hit the spot 👌 Get the Chicken Avocado sandwich if you go, tasty tasty 😎
❤️HUGE THANK YOU to the Zone!! You just won our business, for like ever! 😁 We won a family fun night with unlimited laser tag, a pizza and unlimited refills on our drinks!! The $10 game cards were the icing on the cake 👌🏻and our 3 kiddos are having an absolute BLAST!! ☺️☺️
A virtual reality play date with Grandpa Craig
Sara wanted to bowl as part of our celebration today. So as we left the ferrari dealership we goggled bowling. We were not far from the Zone and according to goggle it was less busier than usual for a Sunday afternoon. So we headed on over. When entered we were approached by the manager who checked to make sure Elle was indeed a service dog. She asked we said yes. We spoke for a few moments telling her that we came to bowl. She said there was one lane available but it was in a congested area and she wanted to know if Sara would be ok with that kind of commotion. Then she took us to the desk and checked out the lanes. The quieter more out of the way lane was going to be vacant in about 15 minutes. We decided to wait. She hooked Sara up with a five dollar arcade card. Sara hit up the games. When the card was empty we went back to the desk and our lane was ready. The cashier explained the thrifier option was to get the lane for an hour rather than pay for two games. Good deal. We ended up playing 3 games. The end lane was perfect we had a great time. #TheZone #Funtimes #helpfulmanagement
Are you open during the day today?
Our first time to The Zone!