Join us under the big tent for the County of Summit’s 175th celebration June 23 - 28! Free workshops, live music, performances by scholars and more.

Join us next Monday!

A live show and tell with volunteer, Edie!!

Follow the Summit County Historical Society on Facebook and look for our LIVE SHOW at 11:30 a.m. starting next Monday, April 20th.

Look for the red and white tent off 43 (turn right off the I-76 E Kent exit) behind the Kelso House - Brimfield Histrorical Society.

They're coming...to each of the four corners of the state. They are a troupe comprised of a Shawnee chief, Frankenstein's creator, a physicist specializing in radioactivity, a former U.S. president, and a primatologist.
Ohio Humanities, in collaboration with four host communities, is proud to announce the kick off to its 18th annual Ohio Chautauqua program, June 7 through July 2.
2016 Host Communities; Brimfield: June 7-11, Hamilton: June 14-18, Gallipolis: June 21-25, Rossford: June 28-July 2
Host communities can look forward to unique historical presentations by history scholars who are experts on the lives of the persons they portray.
Ohio Humanities scholar Marie Skłodowska, through Madame Curie, will share how this tenacious and brilliant scientist strove to understand the invisible force of nature we call radioactivity. Skłodowska, will also present the life of Marry Shelly, an English novelist, short-story writer, dramatist, essayist, biographer, and author of Gothic classic "Frankenstein."
Scholar Dianne Moran will portray Dian Fossey, an American zoologist, primatologist, and anthropologist. Fossey's 1983 book "Gorillas in the Mist" brought worldwide attention to her study of Rwanda's mountain gorilla groups and her battle to save them from extinction.
Scholar John "Chuck" Chalberg will introduce audiences to another perspective of President Theodore Roosevelt,. In addition to being an avid hunter, Roosevelt was a staunch preservationist.
Scholar Dan Cutler's portrayal of Cornstalk reveals how Native American practices regarding the natural world changed in the face of European colonization.

Looking for kid friendly activities outside along with some musical entertainment? The Family Fun Day at our Perkins Stone Mansion is right around the corner, July 18th! Plus, it's free!

CHANGE IN LOCATION FOR SATURDAY'S OHIO CHAUTAUQUA IN AKRON!!!

Saturday's (June 27) events will all occur at the Main Akron-Summit County Public Library at 60 S. High Street. Please park in the attached parking deck and enter through the second floor level. Volunteers will be on hand to guide you to the performance location in the main auditorium.

We look forward to an amazing evening of musical entertainment with the LeGrair Brothers (Durrell, Manny and Jaron) at 6:30 p.m. followed by Ohio Humanities scholar, Marvin Jefferson, in a portrayal of Dr. Martin Luther King, Jr. at 7:30 p.m. 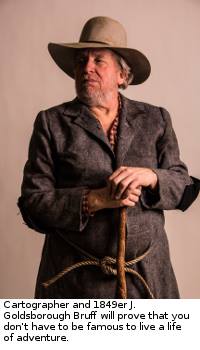 Join us this evening for a performance by Hank Fincken as 49'er J. Goldsborough Bruff. Musical entertainment starts at 6:30 featuring Boy=Girl (Jennifer Mauer and Paul Kovak) followed by the Ohio Humanities scholar presentation at 7:30 p.m.

Stop in the exhibit tent to see artifacts of Akron's own, Samuel Lane, from his journey to California.

Henry David Thoreau - an ally of John Brown gave a great speech for supporting our local resident of Akron and today's Summit County.

Nature was on hand last evening with a little rain as Ohio Humanities scholar Kevin Radaker gave a stirring and engaging performance as Henry David Thoreau.

Alex Bevan had the crowd singing and having a good time, especially with his noted fan favorite, Skinny Little Boy from Cleveland, Ohio.

Thank you to Melinda Sedelmeyer and Joel Cox for sharing their images from the performances! Below are a few featuring the scholar; David Jennings, ASCPL, who was our evening emcee; and fun times under the tent. Others will be posted in an album.

It looks like the skies are clearing for this evening's Ohio Chautauqua in Akron. Join us at 6:30 for the musical entertainment of Alex Bevan followed by Kevin Radaker as Henry David Thoreau. We'll be in the red and white striped tent at Hardesty Park. It's free and open to the public.

Grab a dog (hot dog) at the park - Retro Dog is on site throughout the show.

We're proud to partner with the Akron-Summit County Public Library and Ohio Humanities to bring Ohio Chautauqua to Akron for the County's 175th Anniversary year. Special thanks also to the City of Akron and the Akron/Summit Convention and Visitors Bureau for helping fund this special event featuring local musical entertainment and amazing scholars.

Loving my job at SCHS. Join me at Ohio Chautauqua now through Saturday.

County of Summit Executive Russ Pry made a proclamation presentation to the Summit County Historical Society and Akron-Summit County Public Library to kick off Ohio Chautauqua in Akron on Tuesday, June 22. Executive Pry also thanked Dave Lieberth, Society Board Chair, for his role in bringing this special program to the county for its 175th anniversary celebration.

Guests attending the program (running through June 27) will receive a special commemorative fan while suppplies last. It is a throw back to revivals of the past and was funded in part by Billows Funeral Homes. The historic image of this long time
Akron company was provided from the Historic Akron City Directories at the Akron-Summit County Public Library.

History is fun! Join us downtown at the library on Friday as Saturday for free workshops.

Join us at the Akron-Summit County Public Library for free Ohio Chautauqua workshops for adults and children!

Tomorrow is the day that kicks off the Ohio Chautauqua festivities! Read more about everything going on the next couple days for this The Akronist article!

The Ohio Chautauqua Tour combines living history, education, theater and music and will make a stop in Akron June 23 through 27.

Come join us for an afternoon lecture and coffee by Jon Schmitz on Sunday, June 28 at 3 p.m. at The First United Methodist Church of Akron, 263 E. Mill Street.

Spend Saturday night with us Under the Ohio Chautauqua Tent at Hardesty Park in Akron, to watch a free performance by Marvin Jefferson as he portrays Martin Luther King, Jr.
Saturday, June 27 7:30 p.m.

Join us Under the Ohio Chautauqua Tent at Hardesty Park in Akron, on Saturday, June 27 at 6:30 p.m. to hear free live music from The LaGrair Brothers.

Spend the afternoon with Kevin Radaker as he hosts a Youth Workshop at the Akron - Summit County Public Library on Saturday, June 27 at 2 p.m.

Come spend Saturday morning at the Akron - Summit County Public Library for an Adult Workshop hosted by Hank Fincken called, "The California Trail - Then and Now."
Saturday, June 27 at 10:30 a.m.

Come see a free live performance from Hank Fincken as he plays J. Goldsborough Bruff at Hardesty Park in Akron Under the Ohio Chautauqua Tent on Friday, June 26 at 7:30 p.m.

Join us Under the Ohio Chautauqua Tent in Hardesty Park in Akron on Friday, June 26 at 6:30 p.m. to hear free live music from Boy = Girl, Jennifer Maurer and Paul Kovak. Following the music will be a live performance at 7:30 p.m.

Come join us on Friday, June 26 at 10:30 a.m. at the Akron- Summit County Public Library for a free Adult Workshop called, "Thoreau's Passion for the Wild and the Wilderness," hosted by Kevin Radaker. 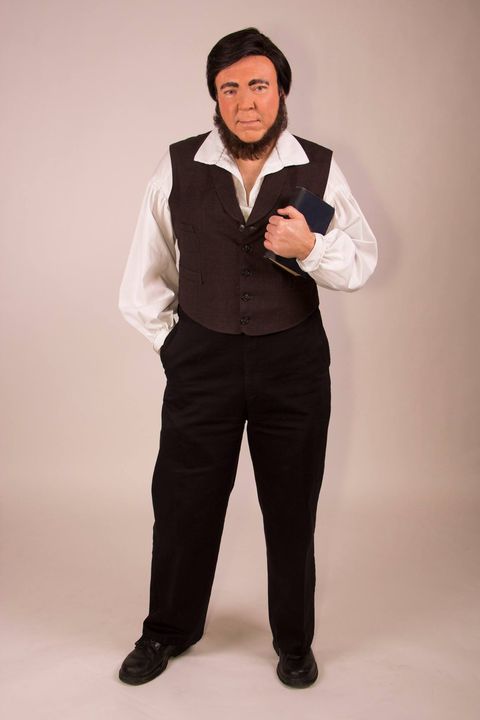 Bring the family for a fun night out to hear free live music from Alex Bevan on Thursday, June 25 at 6:30 p.m. in Akron at Hardesty Park Under the Ohio Chautauqua Tent. Following the music will be a performance by the Ohio Chautauqua scholars at 7:30 p.m.

Come to the Akron - Summit County Public Library for a free youth workshop put on by Debra Conner called, "Carried Away," on Thursday, June 25 at 2 p.m.

Thursday, June 25 at 10:30 a.m. Diane Moran will be hosting an adult workshop called, "A Profound Destiny." This free event will be held at the Akron - Summit County Public Library. 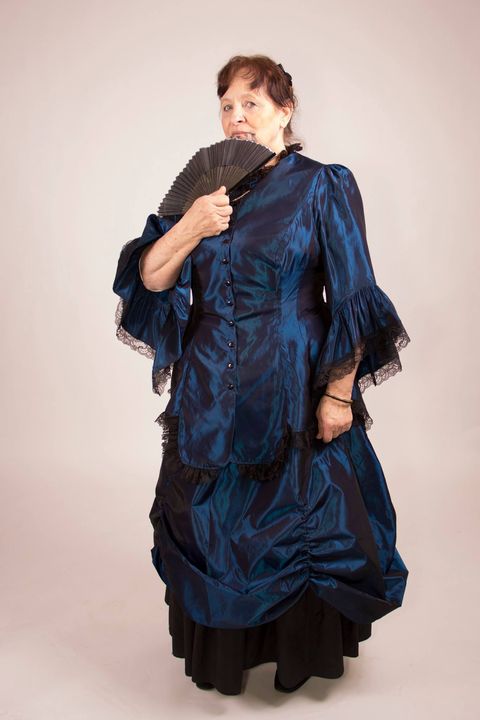 Come to Hardesty Park Under the Ohio Chautauqua Tent on Wednesday, June 24 at 7:30 p.m. to watch as Diane Moran plays Olive Ann Oatman in a free performance.

Join us Under the Ohio Chautauqua Tent in Hardesty Park on Wednesday, June 24 at 6:30 p.m. to hear free live music from Rachel Roberts.

Bring the kids to the Akron - Summit County Public Library on Wednesday, June 24 at 2 p.m. for Marvin Jefferson's free Youth Workshop called, "The Power of the Written Word!"

West Akron's Hardesty Park will be home June 23-27 to Ohio Chautauqua, an Ohio Council Humanities program that moves to different cities in the state each summer bringing cultural and arts performances.

Come see Scholar, Debra Conner as she plays Edith Russel in a performance at Hardesty Park in Akron Under the Ohio Chautauqua Tent on Tuesday, June 23 at 7:30 p.m.

Be the first to know and let us send you an email when Ohio Chautauqua in Akron posts news and promotions. Your email address will not be used for any other purpose, and you can unsubscribe at any time.

Send a message to Ohio Chautauqua in Akron:

Does anyone know of an address where I can send a photo for signing of the actor Jeremy Meier who played Robert F Kennedy in the play about him? I have many actors who played some of the Kennedy's and would like to add his to my collection. I live in England.