ATTENTION ALL DRIVERS AND RACE TEAMS

🏁Save the date and see ya at the races! 🏁

✨ Dreamers, can we ask for your help? Your referrals are the backbone of our small business and we are soooo close to getting 2000 likes on our page! ✨

✨ Can you please share our page with your family and friends? ✨

✨We can’t thank you enough for your support and choosing to trust us with your family’s vacations!✨

Friday, May 31st "Salute to Vets night" sponsored by WRWD 107.3! All veterans and active military admitted to grandstand area free of charge with valid ID. Spectator gates open at 5:30, pit gates open at 5:00. Racing all divisions plus slingshots.

Accord Speedway NY – Jimmy Wells makes a late race pass to pick up an historic win on POWDERTECH night!

Friday evening kicked off Memorial Day weekend as longtime supporters of the Accord Speedway – PowderTech, out of Duanesburgh NY hosted the evenings events. Seven divisions were on hand which included the Northeastern Vintage Dirt Modifieds.
The Arkel Motors Modifieds started their 30 lap feature with a pair of Ricci’s on the front row. Ricci Jr. had issues with his primary car and daughter Allison handed her number 55 over. Rich Ricci Jr quickly grabbed the lead in the borrowed car. Last weeks winner, Michael Storms started in the 12th position as he started to work his way through the field. The 97 of Danny Tyler started in the 3rd position Leo Fotopoulos had a great run battling inside the top 5 for most of the race finishing in the 6th position. Dan Creeden, Storms, and Andy Bachetti had some side by side battles throughout the race as they worked their way towards the front. With just a few laps remaining, the 831 of Jimmy Wells found himself something special on the highside of the speedway going into turn 3 and made the pass for the lead and was able to pick up a huge win on PowderTech Night. Ricci Jr would finish 2nd, Bachetti 3rd, Tyler 4th, and Michael Storms rounding out the top 5.
The Mid-Hudson Concrete Sportsman Feature had the 26s Mike Senecal and the 5 of Tyler Johnston on the front row. Senecal had a good run going then an unfortunate spin in turn 4, he then had to work from the back of the field. Matt Shultz had a great run working into the top 5, when an early race incident making him work from the rear of the field. The man on the move was the 20c of Corey Cormier who started way back in the 23rd starting position finally cracking the top ten on lap 15. All the action going on would allow Tyler Johnston to make it look easy as he picked up the PowderTech victory with Jim Johnston, Matt Shultz, Aaron Doolittle, and Corey Cormier rounding out the top 5.
WRWD Country 107.3 Rookie Sportsman Feature had the 22 of Billy Fiske and 17v of John Velde IV lead the field to the green flag. Last weeks winner Brian Durbin got in an early race incident ruining his chances to pick up another win. Great racing up front as the 27j of Jared Miller would pick up the victory over Kevin Murphy and John Velde IV.
WRWD Country 107.3 NEWS Wingless Sprints Feature had the 4 of Mike Traver and the H2O of Dan Malley take the front row at the start. After a few caution flags flew, we would see the 3 of Jeremy Quick and the 91 of D’Agostino would take off from the field with Jeremy Quick picking up the victory followed by D’Agostino, Malley, Smith Jr, Kyzer
Upstate Auto Pure Stock Feature would see the 22j of Jay Smalley use his outside front row starting position to sail out to an early lead which would bring him to the checkers. Smalley gets the PowderTech victory over Jim Mahar and Codi Clark.
Dan’sTowing Fireball 4 Cylinder Feature would see triple 18’s battling together for the top three positions. To add to the craziness of who is who in which 18? The winner would be Anthony Tarantino who was driving the 18t a borrowed ride! Jeff DeGroat and Tim DeGrote rounds out the top 3
Northeastern Vintage Modifieds their first trip to the speedway in 2019 so the fans could see the cars that brought us todays stars. Mike Houghtaling would pick up the checkers over Mike Brown and Doug Atkins.
Special Thanks to PowderTech out of Duanesburgh NY for presenting the nights events and lon-time support!
Also, special thanks to Gary and Donna Palmer for presenting another fantastic show at the Accord Action Track!

This Friday, May 31st, WRWD Country 107.3 Presents “Salute to Vets” Night! All veterans and active military with proper ID admitted to the grandstand area free of charge! All divisions including Slingshots on the nights program. 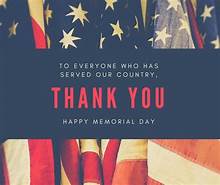 Thank you to those who have given and those who continue to give. Join us on Arkel Motors night

Thank you to Gary Huston and Leo Fotopoulos for putting their beautifully prepared cars in our booth at the OC Motorsport show this past weekend. CONGRATULATIONS to Gary for winning best appearing sprint car! 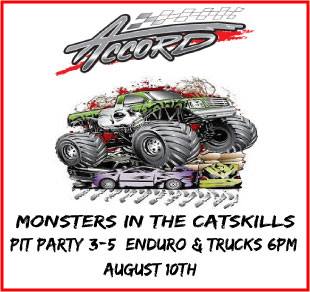 Added to the 2019 season at the speedway the first ever monster truck show. The "Monsters in the Catskills" is scheduled for August 10th, added to the destruction will be a 4 cylinder Enduro, Pit Party, Monster truck rides, and a Tug-of-War! Pre-sale tickets are available-kbsticketsandphotogift.com

Welcome to the official home of KBS Tickets and Photo Gifts! This is your one stop shop to purchase tickets, photos, and merchandise from all KBS Events!

Be the first to know and let us send you an email when North East Wingless Sprints posts news and promotions. Your email address will not be used for any other purpose, and you can unsubscribe at any time. 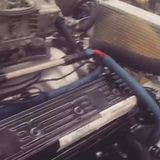 Other Race Tracks in Accord

Other Race Tracks in Accord (show all)