The best party in Amsterdam, for girls & g**s. With (burlesque) performances and clubmusic. On sabbatical now!
#girlesque
www.girlesque.nl Girlesque: It's Gay, it's modern burlesque and it's for gals as well as for g**s!

Founded in 2007, Girlesque quickly became one of the best gay girls parties in Amsterdam and abroad. September 2009 Girlesque premiered in Antwerp hosted by Las Tigras and Girlesque Events. Several prices like the ‘Gouden Kabouter’ and the ‘Sugar Award in 2008’ acclaimed by audience and professionals, proved the combination of (gay)girls and modern burlesque is hot! Expect lots of shows and entert

Founded in 2007, Girlesque quickly became one of the best gay girls parties in Amsterdam and abroad. September 2009 Girlesque premiered in Antwerp hosted by Las Tigras and Girlesque Events. Several prices like the ‘Gouden Kabouter’ and the ‘Sugar Award in 2008’ acclaimed by audience and professionals, proved the combination of (gay)girls and modern burlesque is hot! Expect lots of shows and entert

Today the sad news arrived to us that our beloved birthplace Sugar Factory closed down. Thank you for all the awesome nights! We ❤️ every little bit of you and will sherish the good, sexy and thrilling moments. RIP

Just two more weeks and you can check out fabulous DJ Fatima Supreme at the No Pants No Problem Amsterdam 2018 partee! @ De Marktkantine This is your chance to attend this awesome world travelling event! Xoxo

What do you want to hear?

Thank you JNM The Naked MC, Fatima Supreme and Fay Loren for heating up the dance floor last night at Paradiso! 🌈💋 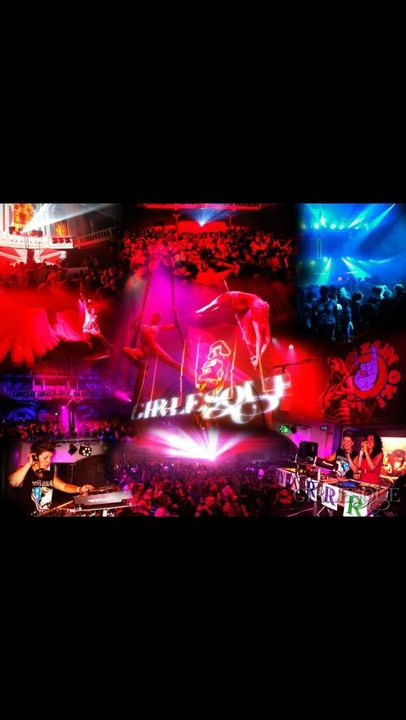 Beautiful singer Shishani in Dutch newspaper. Check her at Tolhuistuin this Saturday! 🎼💛💚💙❤️💜

"Thank you for acknowledging my ability to continue my career for 34 years in the face of blatant misogyny, sexism, constant bullying and relentless abuse." - Watch Madonna's emotionally charged speech from Billboard's Women In Music Event

Burlesque didn’t always look the way it does today.

Tomorrow it's December 1st, that means it's time for Lovedance 2015!
Paradiso Amsterdam will be transformed into an intimate setting. Where, amongst others, poledancer Tatjana van Onna will heat you up and bring you to the upmost front of your seat.
Just 300 tickets available for the lucky ones, check the event for more info.
https://www.facebook.com/events/1639949339598103/
or www.lovedance.nl

Celebrate and share your Lust for Love and Lust for Life!

Wow! We had a great time. Thank you!

'For All Who Love' is the epitome of Milkshake's image and describes the ambiance of the smashing first and second edition. Milkshake is a dance festival whi...

Yesss! The time is almost there. Get in the mood with this crazy energetic boiler room set from the one and only: Spencer Parker! CU tomorrow at DELTA WITH SPENCER PARKER + CLEO + LUPE

→ FOR AUDIO: http://bit.ly/1vdpd6J → SUBSCRIBE TO BOILER ROOM: *http://bit.ly/1bkrHWL* Proof that Spencer Parker can induce people into having some kind of r...

∆ @The Sweethearts (The Amazing Agency)

Happy monday morning with the Sweethearts!
These incognito performers always know how to bring that something special. They know how to get your attention with their amazing dance skills and hypnotizing appearances. Performing as dark creatures of the night at DELTA....

∆ Closure
Just one more week until party time!
Many of you might not know Closure yet. We would like to introduce you the new nightclub.

Open minded, Funktion One sound system, minimalistic lighting and a dance floor layered around the DJ-booth in a club that is literally underground.
Located at the Rozengracht in the center of Amsterdam and next to the Homomonument, this is where contemporary electronic music roams freely.

Disco, house and techno from all regions of taste express just a single, simple rule: it doesn’t matter who you are or where you come from, at Closure it’s the music that speaks. You do the dancing.

Wondering who this beautiful person is?
Cleo has been dj’ing for a very long time now. Remember Multisexi and BAF? Nowadays she is one of the resident dj’s for The Amazing Agency.
At Delta Cleo will start the evening with an ultra sexy set. This dj can truly tell an intriguing story through her music. She will bring a mix of vocal house and melodic tunes. Always creating a magical experience. This is something the national and international club scene can confirm.

“No concept, no bullsh*t, just some tracks to WORK the club.” says the man himself about his new four track EP titled No More Silly Club Songs released by Rekids.
Busy touring Asia and Australia at the moment Spencer Parker will be right back in time for DELTA during Gay Pride in Amsterdam. We’re so proud to have this legend in the house. WORK IT BABY!

Once a regular mainstay on Radio Slave and James Master's Rekids, the last four years have seen Spencer Parker concentrate his productions on his own label Work Them, whilst also releasing a furore of

She roars from the heart
she grunts from her groins
This Lioness will take over
No chance to miss her at the Secret Stage
JNM The Naked MC at Milkshake Festival 18:00 - 20:30

We proudly present to you: Jochem Hamerling! Listen and feel the

Happy monday! Did you all have a great weekend? Here's something to ease the mind and get ready for friday RE:SET - trinity!

There's a new wave of talent bubbling up in the underground right now. And while established artists like Steffi, Monika Kruse, Ellen Allien and Cassy most certainly paved the way for the next generation of female stars, it's not them we're looking at ...

The place where it all started celebrates ten years. Happy birthday Sugarfactory! Check out these pictures and off course Girlesque is in it! (do you recognize the beautiful pic of Elle Bandita?)

THIS IS RE:SET! New concept from GIRLESQUE, together with Rosanne Bakker Schut and Leonie Kamps.

The vid made by Brechje de Koning. Girlesque Queensnight 2011 @ Sugar Factory was the ultimate party for the gayscene in Amsterdam and surroundings. Female dj’s, live burlesque starlets and a hot electro chick performing live: Krause! Disco, Electro and trashy techno from DJ’s Dyna Moe (DK), Polly F. and producer ZoeXenia made this Queensnight an epic one. A new Dutch tradition is born: Celebrating Queensnight with the Le****ns! Next party coming up: 25th of June 2011 - SUMMER OF LOVE @ Blijburg - The first gay girl beach fest in Amsterdam! www.girlesque.nl