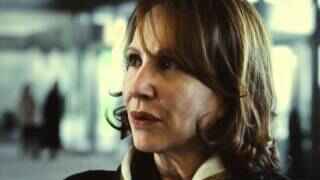 Tonight's OutLook screening is the impressive Laurence Anyways, which is the Friday Night Gala at Cork Opera House, 8:00pm. 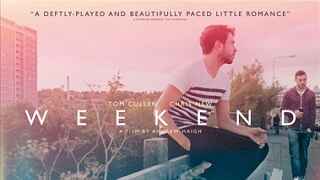 There's no OutLook screenings tonight (next up is Laurence Anyways tomorrow night) but a highlight of last year's festival, Weekend, is screening on Film4 tonight at 11:10pm!

Playing at Triskel Arts Centre tonight at 10.30pm, SATAN's ANGEL is a documentary about one fabulous and fascinating lady.

Tickets can be booked here: http://outlookfilmcork.com/2012-2/documentaries-2012/satans-angel/#.UKJQcrucvUU

What's the OutLook for Monday?

See you in Triskel Arts Centre!

OutLook (and Corona Cork Film Festival) has officially started!
THE INVISIBLES is playing to great house over at The Gate Cinemas Cork

Next up for OutLook is Shorts for Men at 6:30pm in Triskel Arts Centre - hope to see you there.

Hello everyone!
OutLook is back for the twenty-second time at Corona Cork Film Festival and we've another great programme of features, docs and shorts for you.

You can check out the programme and book tickets from our website outlookfilmcork.com
And follow us here on Facebook for updates and more in the lead-up to this year's fest.

See you at the cinema!

Matt, a gay comic book artist, and Jen, his straight best friend, decide to have a baby together ... the old-fashioned way. Surrounded by a group of friends supportive and critical in equal measure, the unlikely couple battle through ovulation tests and testing copulation sessions in their valiant attempt to bring a baby into the world.
Set in Brooklyn and populated by a cast of hilarious American actors (including Adam Driver and Alex Karpovsky from HBO's Girls), this is a warm-hearted comedy perfect for people of all persuasions.

As part of UCC LGBT Coming Out Week we will be having a screening of 'Beautiful Thing' A coming of age film about two neighbours coming to terms with their attraction to each other. It is based on the play written by Jonathan Harvey.

If anyone is in Cork city on Thursday and would like to attend it is on in The Kane building of UCC campus in room G2. Email us on [email protected] if you need directions.

Hey hey. OutLook is waking out of its sleep to tell you quickly that one of the best gay shorts made by an Irish filmmaker is now available to watch on YouTube. 'James' by Connor Clements is a powerful tale about a boy's search for a friend in an uncertain world. It has won numerous awards across the globe including the OutLook Award 2008.

Director, Producer and Cast of award-winning WEEKEND pictured at this year's BIFAs.

Tom Cullen, star of Weekend, winner of Most Promising Newcomer at this year's BIFAs

Congratulations to Andrew Haigh and the cast and crew of 'Weekend' who won BEST ACHIEVEMENT IN PRODUCTION and MOST PROMISING NEWCOMER, which went to the film's star, Tom Cullen!

Good luck to Tom Cullen, star of 'Weekend', who has been nominated in the 'Most Promising Newcomer' category at the British Independent Film Awards. The BIFAs take place tonight.

Happy Thanksgiving to all our American film friends

And the OutLook Award for Best LGBT Short Film 2011 goes to...

This year’s standard of films was exceptionally high and we carefully considered all the entries, but these two films that deserve a special mention for leaving us with a very strong impression. We feel them to be poignant, poetic and daring. They immersed us into their uniquely crafted worlds and n...

Aw, OutLook 2011 is over. We had great crowds again yesterday for both 'Jamie And Jessie' and 'Shorts For Men'.
Thank you to everyone who came out and supported OutLook over the week. We hope you saw some good film.

And thank you to our visiting filmmakers Andrew and Allison and Devin and Alison and David and Kevin for travelling to Cork to share their films with us.

See you all again next year for OutLook 2012!

SCHEDULE CHANGE: 'Jamie And Jessie Are Not Together' will now screen at 4.30pm, instead of 4.00pm today at Triskel Christchurch. We apologise for any inconvenience caused.
Jamie and Jessie are still not together - just a half an hour later
See you at 4.30pm!

It's Saturday and we have a documentary double-bill for all you OutLook fans. First, there's 'The Ballad Of Genesis And Lady Jaye' at 4pm in Triskel, followed straight after by 'Married In Spandex' (and short 'And I Am Me') also at Triskel.

Also, tune into Cork FM 100.5FM this morning at 11am for The LGBT Hour with special guests Allison Kole and Devin Gallagher, directors of 'Married In Spandex'

See you at Triskel!

Both 'Jamie And Jessie' and 'Shorts For Men' are selling fast, according to Box Office. (Yellow means selling fast, Red means sold out).
It's going to be a busy weekend for OutLook fans!

People of Cork - are you ready for SPANDEX?
Allison Kole and Devin Gallagher, directors of 'Married In Spandex', arrive today all the way from the USA.

'Married In Spandex' screens on Saturday at 6.30pm in Triskel Christchurch, with a post-screening Q&A.

Amanda and Rachel are determined to make their wedding day a unique and memorable affair. But, at a time when every same-s*x wedding is seen as a political act, will everyone be cheering Amanda and Rachel’s offbeat nuptials? 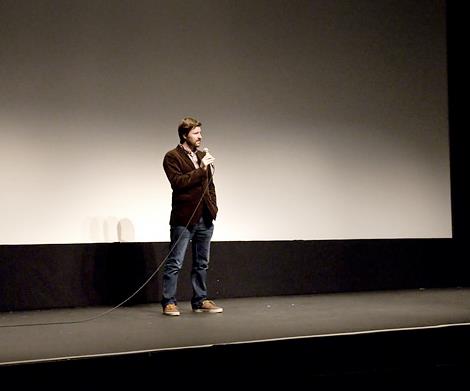 The Irish premiere of Andrew Haigh's 'Weekend' at Cork Opera House, as part of OutLook at Corona Cork Film Festival

Who's ready for some public displays of affection? Today's OutLook screening is the American documentary 'Our Lips Are Sealed', preceded by the Irish short 'Hold On Tight'. Both films explore gay and le***an PDAs. Not recommended for bitter single people ^_^

In the summer of 2010, two college students, Matty Daley and Bobby Canciello, set out to break the world record for the longest continuous kiss.

Great turn-out for 'Weekend' last night at the Opera House. Hopefully, we'll have some photos to follow soon. What did everyone think about the film?

2 For 1 offer on 'Weekend' is now available online, as well as by phone and in person at the Box Office (foyer, Cork Opera House).
Six hours to go to Irish premiere of 'Weekend'!

Just over eight hours until the Irish premiere of Andrew Haigh's 'Weekend'!

Tremendous box office success for 'Weekend' in Britain over the weekend. It's great to see a worthy film (and a gay film) doing so well at the box office. The future looks bright for lgbt filmmaking.

Charles Gant: Second-highest screen average goes to British gay drama, which grossed £32,500 and is due to hit Brighton this Friday

Win! Tickets to OutLook, the LGBT programme of the Cork Film Festival | gaelick

The lovely ladies at Gaelick.com are running a competition for some tickets to OutLook!

Cork le***ans, bifolk and transpals! Would you like some free movie tickets? Hell to the yeah!

Andrew Haigh, director of 'Weekend' is due to arrive in Cork within the next hour. We are delighted to welcome him back to Cork. He will be introducing the screening of 'Weekend' tomorrow at 6pm in Cork Opera House.
And don't forget that there is a special '2 for 1' ticket offer on 'Weekend' so bring a friend and share this fantastic film with them.

On a Friday night, after hanging out with his straight mates, Russell heads out to a nightclub, alone and on the pull. Just before closing time he picks up Glen. And so begins a weekend – in bars and in bedrooms, getting drunk and taking drugs, telling stories and having s*x – that will resonate thr...

SPECIAL OFFER: Buy one ticket for 'Weekend' and GET ONE FREE (for your special friend).
We love 'Weekend' so much that we thought it would be nice for twice as many people to get to see it.
This offer is available by phone or in person at the Box Office (Foyer, Cork Opera House). THIS OFFER IS NOT AVAILABLE ONLINE.

On a Friday night, after hanging out with his straight mates, Russell heads out to a nightclub, alone and on the pull. Just before closing time he picks up Glen. And so begins a weekend – in bars and in bedrooms, getting drunk and taking drugs, telling stories and having s*x – that will resonate thr...

Any of our facebook friends go to see 'She Monkeys'? What did you think? Disappointed there weren't enough monkeys in the film?

Be the first to know and let us send you an email when OutLook Film Festival posts news and promotions. Your email address will not be used for any other purpose, and you can unsubscribe at any time.

Other Arts & Entertainment in Cork