North West based theatre company where 2/3 of the creatives for any production will be over 40. And 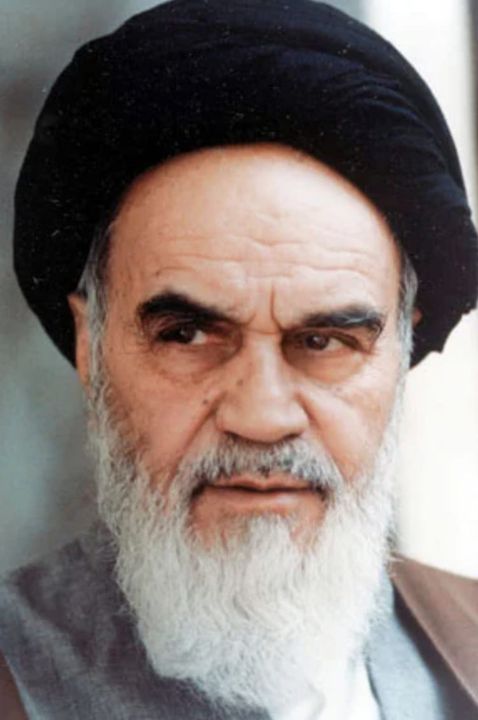 I is for Iran.The Iranian revolution had already taken place in the late 1970s but in the 1980s the Iran Hostage Crisis arguably ended Jimmy Carter's presidency, the Iranian Embassy siege in London had viewers glued to their television as the S.A.S. eventually stormed the building, the Iran-Iraq war spanned the decade and the fatwa on Salman Rushdie reached into 2022.

Tales From the Eighties. Coming Soon. 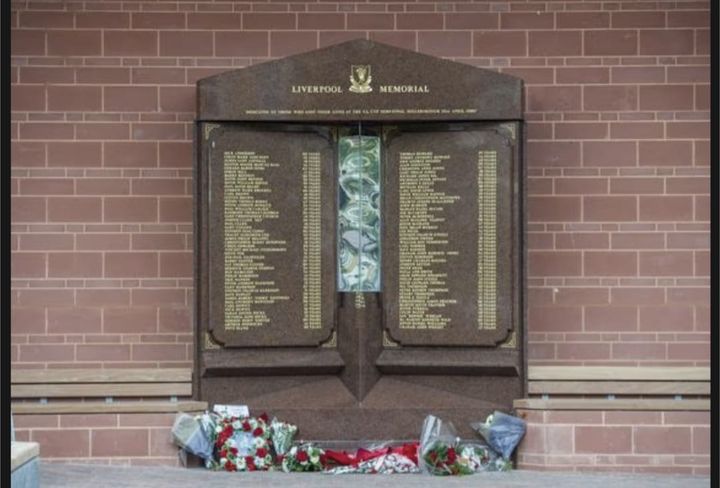 Hillsborough. Justice for the 97.

Thanks for all the submissions to Tales from the 80s. We were hoping to contact everyone by today, but selecting the scripts is taking a little longer than anticipated (!).

Do keep an eye on your inboxes though, as we will get back to you this weekend. Thanks for your patience!

G is for Greenham Common Women's Peace Camp, a series of protest camps established to protest against nuclear weapons being placed at RAF Greenham Common in Berkshire. In December 1982, 30,000 women joined hands around the base. Evicted on a number of occasions the camp remained on the site until 2000 and is now a Commemorative and Historic Site. And no men were allowed.

F is for Falklands. Or, to be specific, The Falklands War. An insignificant island off South America, home to approximately 3,000 people, a lot of sheep and a lot of penguins but no trees. Not a one. Oh, and it won Thatcher an election. It's got a lot to answer for. 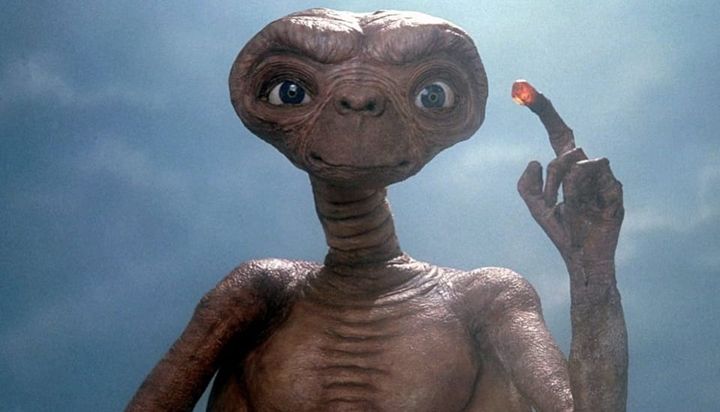 E is for E.T., the alien befriended by Elliott who was able to phone home even before the invention of mobile phones. It still holds the record of being at No 1 in the US Box Office for most weeks.

D is for Diana, probably the most recognisable face of the 80s. No surname needed, she was the 'commoner' who married into royalty. If by 'commoner' you mean being 16th cousin (once removed) from your future husband.

C is for Clause 28 (or Section 28). This was legislation introduced by the Thatcher government in 1988, which aimed to prevent the 'promotion' if homosexuality in schools.

Oh, and Boy George wrote a song about it.

Thanks to everyone who have sent us an 80s play. We can't wait to read them all!

However, if you didn't and you still want to, then we have some good news. We're accepting submissions for another 2 weeks!

B is for Brookside. Two major soaps started in the 80s. One begins with an E.

Brookside was a different kind of soap though. It tackled social issues, didn't shy away from politics AND it didn't have a pub that everyone congregated in.

Tales from the 80s. Coming this Autumn.

It's Saturday evening and in the 80s A was for The A-Team. If you had a problem that no one else could help you with then, as long as you could find them, maybe you could hire them.

And B.A. Baracus pities the fool who doesn't get their script in by 31st July.

Want to submit a short play for 'Tales from the 80s'? Looking for inspiration?

Check out the images below.

How many do you recognise?

Email your submissions by 31st July. See our pinned post for further details.

We are looking for writers. Are you a writer? Do you write? Then we'd love to see your writing!

Ronnie and Mikhail have got a head start.

Actors. While we're in the process of sorting out "Tales from the 80s", why not put your name in the hat for this? We can vouch for Act Your Age obviously!

We are looking for expressions of interest in filming one of the Monarchy Monologues that we have made a writers call out for.

If you are an actor aged over 40 then we would like to hear from you. We are planning to release a number of monologues on our YouTube channel on 2nd June to correspond with the Jubilee Bank Holiday.

You will need to film yourself (something which we have all got a lot more used to over the past two years). You can film yourself as often as you like in as many settings as you like as long as the sound is clear. Send us everything you have and we will edit it together. As with the monthly monologues, this is unpaid.

You may be an ardent monarchist or a strident republican but please bear in mind that you may be asked to perform a piece that goes against your views on the monarchy. If you think that you cannot do this then please do not fill in the form.

Which can be found here: https://bit.ly/3vlXU3y

We will need your name, your playing age and a link to either Spotlight, Mandy or StarNow. If you do not have any of these then please send send an acting CV to [email protected]

And if you have any further questions then please email them to.

We look forward to hearing from you.

That's right Mr. Terminator, we did say that. Writing call outs for "Tales From The 80s" coming soon.

Delighted to say that we have plans to return in 2022. We learnt a lot from putting on 'FRED' this year so will be returning next year to tell more stories about Thatcher's children.

An amazing three nights at The Kings Arms. We couldn't be more proud of what we have achieved. Even Fred was happy and he's notorious for not giving out praise.

Who is Fred? You should have come.

Over and out for now.

Great reviews and a great price. Just £10. You wouldn't want to miss brilliant writing and fantastic acting now, would you?

Tickets can be bought via the Kings Arms at https://www.ticketweb.uk/event/fred-the-kings-arms-tickets/11284315

The pace is spot on with enough drama and twists and turns to keep you on the edge of your seat. It’s a heady concoction of tragedy, treachery, jealousy and heartache packaged cleverly and with aplomb. Very watchable, seamlessly acted and side-splittingly funny.

Come and see 'Fred' at The Kings Arms, Salford tonight and tomorrow.

Trish and Danny are getting divorced and are having couples counselling to finalise the finer details such as who gets custody of Fred and the couples’ assets, it’s never going to be plain sailing. Their Counsellor Marc has disappeared out of the blue, so they get another counsellor Ellie at the...

This is not CANCEL Culture.

This is COUNSEL Culture!

Tickets for 'Fred' at The Kings Arms, Salford between 26th and 28th October are limited availability at https://www.ticketweb.uk/venue/the-kings-arms-salford/435105

Karen Allen and Louise Wilson in rehearsal for 'Fred'.

Now limited availability for tickets on 26th, 27th and 28th October. Get yours at https://www.ticketweb.uk/venue/the-kings-arms-salford/435105

Introducing the cast of 'Fred'. Finally, we have Louise Wilson, who plays the part of Ellie.

Louise caught the acting bug at a young age and would often appear in school plays, as well as putting on shows in her Nan's back garden in Bolton.

On stage, Louise recently played ‘Viv’ in ‘Di and Viv and Rose’ at the Greater Manchester Fringe festival (BAPS Theatre) and has appeared as Carol in two productions of 'Bleeding with Mother' by Sarah Cassidy. She also performed a monologue, 'The Sunflower' for Something Good Theatre Company, as part of an online Motherhood event for charity. She has appeared in 'Coronation Street' twice as Nurse Lingard, and other achievements include writing and filming a monologue ‘Julie’s Ipad’ in response to the infamous Handforth Parish Council Meeting.

Aside from acting, Louise co-runs the Greater Manchester based BAPS Theatre. She is represented by SD Talent Management. Find her on Spotlight here: https://www.spotlight.com/1173-5644-9175

The one shopping list item Louise would never be without is Chocolate Hobnobs. Good choice, Louise! Proper Northern.

Buy tickets for 'Fred' on from the 26th to 28th October here: https://www.ticketweb.uk/venue/the-kings-arms-salford/435105

Introducing the cast of 'Fred'. And next we have John Mackie who plays Marc.

John has appeared in a variety of roles, both on stage and on screen. Recent theatre credits include Jez in the JB Shorts play, ‘Artistic Differences’, Michael White in ‘Somme Men’, and the devious Candidate 9, in Vertigo Theatre’s production of ‘EXAM’. On television, he has recently appeared as Malachi Fyke in ‘Outlander’ and has had roles in both ‘Coronation Street’ and ‘Emmerdale’.

John is represented by Jane Hollowood Associates. Find him on Spotlight at https://www.spotlight.com/9736-9050-0285

The one item John would always have on his shopping list is milk. That’s why we call him The Calcium Kid!

Buy tickets for performances from 26th to 28th October via this link. https://www.ticketweb.uk/venue/the-kings-arms-salford/435105

Introducing the cast of 'Fred'. And next up we have Steve Connolly who plays Danny.

After a career in the police (the service, not the band), Steve started acting professionally in 2016. Since then he has appeared as a Scottish hit man in "Unnecessary Farce" (Off The Cuff), an abusive husband in "A Respectable Wedding" (Root & Branch), a rather terse invigilator in "EXAM" (Vertigo Theatre) and one half of a bickering couple in "My Night With Reg" (Green Carnation). Over lockdown he wrote and produced his own webseries "Council Culture" and appeared as a New York detective in a filmed stage version of Vertigo Theatre's "Noir".

Given Steve's Irish heritage, the one item he'd always have on his shopping list perhaps comes as no surprise. Guinness, of course!

Buy tickets for performances from 26th to 28th October via this link. https://www.ticketweb.uk/venue/the-kings-arms-salford/435105

Introducing the cast of 'Fred'. And first up we have Karen Allen who plays Trish.

Since graduating in 1999, Karen has played a variety of characters on stage, all the way from Wishee Washee to Lady Macbeth. Recent credits include Joyce in 'Last Tango in Little Grimley', Stella in 'Attack of the A&E Zombies', and Jorvik Rep Company's production of 'Hamlet'.

Karen is predominantly a Voice Artist with clients including Microsoft, the Labour Party, and Rotherham NHS. Her website is karenallenvoiceover.co.uk/

She is represented by Mune Agency and is a long term member of Equity. Find her on Spotlight at spotlight.com/2136-5644-8632

We asked Karen what would be the one thing she would always have on her shopping list. She said, "Wine...oh and chocolate...and bacon...and mashed potato...and erm..."

We're putting her down as undecided.

Buy tickets for 'Fred' at https://www.ticketweb.uk/venue/the-kings-arms-salford/435105

After a long day of promotional photo shooting, the cast of 'Fred' asked if there could be at least one photo of them not looking moody. It is, after all, a comedy drama. With some laughs.

Tickets for 'Fred' are available via the Kings Arms website or at https://www.ticketweb.uk/venue/the-kings-arms-salford/435105

Be the first to know and let us send you an email when Fine Wine Theatre Company posts news and promotions. Your email address will not be used for any other purpose, and you can unsubscribe at any time.