THE LAND OF DREAMS AND DEBAUCHERY

Packed with live music, DJ's and all sorts of fun.
We have martin the mod, reggae Thursday, jazz jam, below the bridge and HAPPY HOUR!

What more could you want, free entry to everything apart from below the bridge.

But the scholar staff will be dressed up and ready for some halloween fun, we have decorated the venue and we are excited to see you all here!

So come join us, dress up or not but come celebrate halloween with us. We have so many events for you all. Let's make the first halloween back after lockdown great.

If anyone wants something to do this Saturday and wants to have a good time. Come to zombie shack and see some live music and bands!

Cocktails and nightclub is exactly what you need after lockdown!

Be the first to know and let us send you an email when Zombie Shack posts news and promotions. Your email address will not be used for any other purpose, and you can unsubscribe at any time.

Send a message to Zombie Shack: 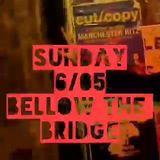 ⚠️ GIG ANNOUNCEMENT ⚠️ After a recent flyer update and finally getting the time to get this out on all platforms after a long long time I am very happy to announce I will be making my English debut on the 3rd of September at the Zombie Shack venue in Manchester and my debut with Anarchy Events for Adam Donnelly 21st Birthday To be on a lineup with these artists is honestly modern day bucket list s**t from Noise Addict front man Paul Clark to the up and coming superstar Connor Woodford who’s making serious waves with the production and is supporting some incredible talent throughput the rest of the year as well as Jason Kinetic and Rob Trowsdale. This is going to seriously be a night to remember and will definitely be one for the memory books 📸 The sweat, chills, frustration and temptation of having to keep this to myself was an absolute struggle but I’m glad the word is finally out 😂 absolutely cannot wait for this more than anything else right now September seriously can’t come quick enough it’s gonna be a busy month and I’m delighted this will be kicking it off! Will leave link below to the tickets on Skiddle, early birds are starting at £5 to help out with any ongoing financial struggles to make sure everyone can make it along and to anyone who has bought a ticket so far me and the rest of the guys would like to say a massive thank you!! 🙏❤️ In the process of preparing a rollercoaster of a set for this featuring new releases and some bangers that kickstarted my love for the rave scene in the first place so definitely will be a special and I will make sure to record it too now get those tickets bought and I’ll see you on the dancefloor in Manchester on the 3rd 🤪 https://skdl.co/y5HQF5KFRqb #dj #scottishdj #rave #ukraves #ukravescene #manchester #manchesterevents #manchesternightlife #techno #upliftingtrance #trance #hardtrance #techtrance #vocaltrance #classictrance #tranceclassics #harddance #reversebass #hardstyle #rawstyle #raw #hard #tech #euphoric #pioneerdj #upcomingartist #djproducer #djlife #RYME #anarchyevents
Hosted Comics Anonymous tonight at Zombie Shack
GIG ANNOUNCEMENT! Manchester people, we got a nice lil evening for you lined up among the plastic palms of Zombie Shack on June 2nd! Joining us will be DACARA, Apparitia, End in Sight and Aurora Project. Get your tickets in advance at; https://www.bigdacenergy.com/product/gig-ticket Advance booking is a massive help to bands/promoters going out of pocket for gigs, so if you feel like joining us, best to grab one sooner rather than later if you can!
Another 2 in the books tonight, new stuff at Comics Anonymous at Zombie Shack Then a mix of old and new at On the Hush, Brickhouse Social NWS upstairs
Amended set times for tomorrow - See you at Zombie Shack Manchester! #DEFINITIONS 2pm - 3pm: Dom Kane 3pm - 5pm: The Stupid Experts 5pm - 6pm: Ricky Denton 6pm- 7.30pm: Vrije Staat 7.30pm - 8.30pm: Backstage Steve 8.30pm - 9.30pm: Definitions 9.30pm - 11pm: Noonix 11pm - 12am: Andy Cain 12am - 1am: Angelus 1am - 2am: Kelski 2am - 3am: Matt Bain Blueprint UK #Blueprint
Comics Anonymous tonight at Zombie Shack Not just valuable stage time but perfect lighting if you wanna look like you're wearing bowling shoes 🎳
TAILGUNNER @ Zombie Shack, Manchester on July 5th 2022
Back hosting tonight for the first time in months, down at Zombie Shack for Comics Anonymous
What a week! This tour has been fantastic and we’ve got some incredible memories to go back to. Thank you to… London Beer Lab, The Black Heart, Benjamin Mills, Andy Baz Haynes, Matthew & Kristian @ The Scary Clown presents Promo, Sandra & Colin Pearcy, Trillians Newcastle, Bannermans Bar, In Evil Hour, Bastard Face, Outpost Liverpool, Hannah Jones, Jay Jay Khaos & Jar Jar, Scruffy Murphys, Ian Tree, Manchester Punk Festival, Mak Boyle, Ronnie Pickering, Hummer, BITE BACK, MUMMY, Seven Days and Doesn’t Die, Spider Redundant, Misfortune Cookie, Dave & Nicola Byrne, Zombie Shack, Beth O'Brien. And the countless others who've supported us, bought merch, took pictures and sung along with us! Without you guys, it would be nothing. You’re all the best! Bannermans 📷 paul andrews.
On the road to Manchester Punk Festival 2022 | 15 - 17 April we’re playing tonight at Zombie Shack ! Check out the whole programme here https://manchesterpunkfestival.co.uk/mpf2022-programme/ Fulvio Guarino Maurizio Rivagli Marie France Claudio Balest
BANK HOLIDAY 20% DISCOUNT ⚡️! See the hardest female artists in British Hip-Hop and R&B this May when 'The Hardest Her' UK Tour comes to a city near you from 3rd - 7th May. Use code "HARD2022" on Skiddle for your discount. LINE-UP: Queen Millz / Brixx / Mercy's Cartel / LayFullstop / Baby Elz TUESDAY 3RD MAY: MANCHESTER Zombie Shack 🎟 https://www.skiddle.com/whats-on/Manchester/The-Zombie-Shack/The-Hardest-Her---Manchester/36034012/ WEDNESDAY 4TH MAY: LEICESTER 2Funky Music Cafe 🎟 https://www.skiddle.com/whats-on/Leicester/2Funky-Music-Cafe/The-Hardest-Her---Leicester/36036093/ THURSDAY 5TH MAY: BIRMINGHAM Suki10c 🎟 https://www.skiddle.com/whats-on/Birmingham/SUKi10C/The-Hardest-Her---Birmingham/36036362/ FRIDAY 6TH MAY: LONDON Brixton Jamm 🎟 https://www.skiddle.com/whats-on/London/Brixton-Jamm/The-Hardest-Her---London/36036371/ ﻿SATURDAY 7TH MAY: BRISTOL Rough Trade Bristol 🎟 https://www.skiddle.com/whats-on/Bristol/Rough-Trade/The-Hardest-Her---Bristol/36036374/ 'The Hardest Her Tour' boasts the freshest and most exciting names in the UK right now. These ladies are taking over the scene right now - with genres ranging from Grime, Hip-Hop, Garage, R&B, Drill and Trap, prepare yourself for an unforgettable night of unmissable talent, as each artist represents their home city across a 5-day tour. 🎟 https://www.wearepunch.co.uk/the-hardest-her-tour
Next week begins in the UK the first leg of our shows for 2022 (That's our setlist by the way) FRI 15 APRIL - #manchester EVENT -> Manchester Punk Festival 2022 | 15 - 17 April at Zombie Shack SAT 16 APRIL #whitchurch EVENT -> STORMBRINGER // ZOMBIES NO (FRANCE) Live at Percy's, Whitchurch, Shropshire at Percy's Cafe Bar SUN 17 APRIL #leicester EVENT -> PunkRock at Duffy's Bar: ZombiesNO + OurSouls at Duffy's Bar