It’s not just meat on the menu. Our Buffalo Cauliflower is the perfect amount of heat & a great alternative to wings ❤️‍🔥

You are what you eat… a Big Boss 💪

Getting hands on with our new crack tacos 🌮

Things just got a little sweeter 🍓

Bank holidays are for letting your hair down 🙌

It ain’t easy being this cheesy 🧀

If it's only Tuesday and you’re already feeling fried... Our cajun buttermilk fried chicken has got you covered with our lunch for a tenner deal 🤤

Did you know we house the largest collection of Bourbons, Whiskeys & Rye in Manchester? 🥃

From our back bar and cocktails to our infused chocolate sauce, Bourbons are at the heart of what we do. Ask at the bar to try something new #worldwhiskyday

Would you risk it for beef brisket? 🤤

Kings of brass, Hypnotic Brass Ensemble, bring their incendiary selection of party anthems to our dancefloor on Thursday 26 May. Combining traditional big band sounds with an electric fusion of rap, jazz, funk and hip hop, this isn’t one to be missed.

Hands in the air if you’re ready for the weekend 🙌

Steeped in the classic blues and R&B sound of the 50s and 60s but driven by 21st century energy; songwriter, vocalist and guitarist @nickwaterhouse is a one-of-a-kind performer.

Step back in time with his epic live show on Sunday 22 May. Link in bio for tickets.

Thanks to @tallulart for capturing the ever amazing Mud Morganfield in this incredible oil painting when he played for us earlier this year.

Beef Short Rib for 2, served up with brisket mac and cheese, and cooked with love.

All our ribs are smoked, marinated in house sauces, fired over charcoal and then reglazed over the grill.

To celebrate the Bank Holiday, we are giving one lucky group a free night out at The Blues Kitchen.

On a day of your choice over the Easter weekend, you’ll get a table in our restaurant for you and up to 5 mates, with a slap up, 3 course meal on the house.

Make the most of the long weekend by dancing the night away on our dance floor with our world-famous house band, playing 3 sets of sublime soul, Motown and rock n roll well into the early hours.  You’ll also bag yourself a £500 bar tab to keep you topped up all night long.

1. Tag your friends below (Every tag counts as a new entry so go wild)
2. You and all the tags must follow @theblueskitchenmcr
3. Share our competition post to your story for an extra entry (@tag us so we see it)

Winners will be chosen at random on Tuesday 12th April and contacted by us via Instagram.

Our name in lights ❤️‍🔥

One step closer to the weekend 🙌

“The one thing that can solve most of our problems is dancing.” -James Brown

Don’t be afraid to get your hands dirty 🤤

Tequila might not be the answer, but it’s worth a shot 🌀

You had me at Merlot 🍷

Join us every day for the best BBQ food as well as Live Blues, Soul and Motown from our Blues Kitchen House Band, DJs and regular special guests!

Be the first to know and let us send you an email when The Blues Kitchen - Manchester posts news and promotions. Your email address will not be used for any other purpose, and you can unsubscribe at any time.

Send a message to The Blues Kitchen - Manchester: 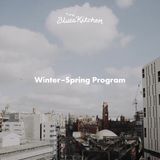 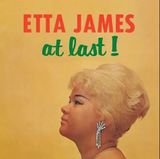 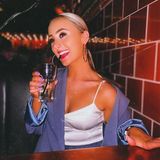 Other Live Music Venues in Manchester