We are Europe's leading manufacturer of lightweight Lexan windows for the motorsports industry. Specialists in thermoformed, Anti fog and scratch resistant glazings.

Check our website www.lexan-windows.com Plastics 4 Performance Ltd are now one of the leading manufacturers in the world of lightweight polycarbonate windows for motorsport applications, we supply customers all over the planet , many purchasing through our online web shop www.lexan-windows.com
We Also supply a number of major manufacturers such as Aston Martin, Prodrive, Lola, Ginetta, Honda manu

Check our website www.lexan-windows.com Plastics 4 Performance Ltd are now one of the leading manufacturers in the world of lightweight polycarbonate windows for motorsport applications, we supply customers all over the planet , many purchasing through our online web shop www.lexan-windows.com
We Also supply a number of major manufacturers such as Aston Martin, Prodrive, Lola, Ginetta, Honda manu

Friday Flick - Take a look at our PRO slider kits , the fully framed system that works well on frameless door windows such as Subaru Impreza’s and Nissan S cars.

Our Pro slider kit is used in many forms of motorsport. The fully vacuum formed enclosure helps to resist water and dirt from entering the car. The sprung ba...

A short video featuring our injection moulded POP IT vents , the 360 degree rotatable air vents that Simply snaps open and shut giving you full controll over air flow.
We have totally redesigned these to work and look better than any others on the market

Pop it vent allows for 360 degree rotation in the window to either draw cool air in or let hot air out, easily pops open or snaps shut. High optical quality ...

Cracking picture of one of our embossed Audi Quattro windows -

Well we decided to shut the doors for an afternoon and go GO KARTING at KartWorld in Burscough, What a laugh as well , our resident STIG took the championship title which is not surprising as he
raced the bloody things for 5 years, The boss was still thinking he was in a rally car ( well thats his excuse anyway ) and everybody walked away with achy bones and a big smile.

We just had a question about the ramped NACA ducts and the options available , we have them in clear, black and carbon effect - 2 sizes available

Polycarbonates Polycarbonate isnt it , all the same , no difference , well actually its far from all the same and heres a couple of pics to show the difference , on the top is regular quality Polycarbonate that all the other companies use in order to be cheaper priced , its crap for looking through , On the bottom is our specially made 5.2mm SELECT QUALITY high optical sheet - in the first screen you can see the ripples caused by chain driven extruding lines which are fast and churn out hundreds of tonnes a time , on the bottom picture these are the results of using gear driven or belt driven extruders and using imaging technology to SELECT high optical quality batches of Polycarbonate

Think its Friday play time in our design office , not got a clue what they are making but its From BASF Ultrafuse Carbon PAHT CF15

Bloody Customers 😳 Oops we’ve cut the wires off our heated screens and were testing on Tuesday - can you fix them ??

Quite a tricky operation involving routing back the polycarbonate to the 0.02 thick buzz bars , re tinning whats left, soldering on the new terminals then back filling with epoxy potting compound

Very limited run (5) of ultra light (approx 3kg) full width HEATED mini windscreens soon to be available - there not cheap and we dont do them very often so give us a shout if you’re interested.

Put a day or two testing at Bont on your bucket list , Awsome place to focus your mind - Loving our WRC sliders in the Escort as well

Not long now until Rally Sweden , those air scoops in our WRC sliders will certainly bring a blast of chilly air inside the car 🥶🥶

After well over a year of technical development supported by a carefully selected group of top-quality technical partners, the British Racing & Sports Car Club is delighted to announce the technical specification and mandatory parts list for the new for 2022 BRSCC BMW 1 Series SuperCup cars.

Based on the popular BMW F20/F21 1.6 N13 engined model, the new car and race series will appeal to drivers attracted to racing in a tightly controlled single make series based on a modern and sophisticated rear wheel drive BMW.

To provide ease of supplying all of the key components of the car, and importantly to control the technical and performance equality of parts and cars, BRSCC partners Essential Racing Ltd are appointed as sole stockist and supplier.

For further information or enquiries, please follow the web link:

Turn up the Volume

Fair few of these ran our windows as well ( tbh all of them ) Certified thickness between 3.9 & 4.1mm - made from a special high tolerance polycarbonate - usually you get a +/- 0.4 variation even more in some of the usual polycarbonates which falls well outside the FIA rules

Fair few cars in there running our heated windscreens and our special 4.2mm thick polycarbonate - i think the whole grid with the exception of one team were using them throughout 2021 👍👍

Not to be missed guys

New safety advise for 2022 should you find a stranded Rally1 car - but what if theres no green light ??

It's Dakar number six for Sébastien Loeb as he brings 14 Dakar stage wins to BRX, nine WRC titles, an incredible 925 WRC stage wins and...a second place overall at Le Mans 24hrs, but which year was that in? 🤔

Ever wondered how good our Anti - Fog windscreens are then have a watch of this little test - The coating is unique to our AF screens and far out performs all our competitors , the Kettle test is taking saturation well over what it would be in a car but it shows that it works

Just going to drop this here , Many will know im a lifelong mini guy ( picture is my own 8 port MK3 Cooper S ) but the other pictures are our new ultra light (3kg) heated polycarbonate windscreen with heating that goes right across the width of the screen and doesnt leave 2” of fogged up window either side of the screen like the glass versions , ultra fine wire heating elements are laminated between 2 x hardcoated polycarbonate layers - were doing small batch runs and the next 10 will be available around feb 2022

Suzuki Swift - Gen 1 or Mk4 in 4mm clear polycarbonate , all correctly moulded to match the stock glass , printed borders and logos soon on their way to New Zealand

This is going to be a day to remember a gathering of Group A cars in a unique rally stage..

Webshop update with a few of the less popular Volkswagen models - Bora , Corrado and the MK2 Scirocco

Be the first to know and let us send you an email when Plastics4Performance -Manufacturers of Motorsport windows and accessories. posts news and promotions. Your email address will not be used for any other purpose, and you can unsubscribe at any time.

Send a message to Plastics4Performance -Manufacturers of Motorsport windows and accessories.: 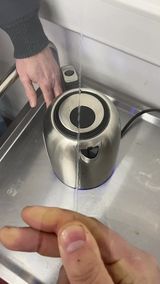 Day of the Champion 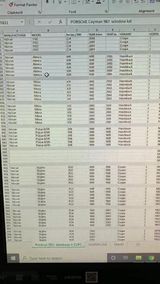 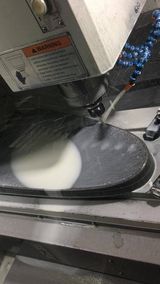 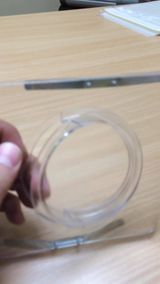 Quick sneaky preview of an injection mould tooling that we are having made - can you tell what it is ?? 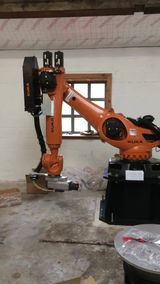