Many thanks go out to @marcocarola for the continuous support on @mariodaic ‘s „Everywhere You Go“ Edit 😎🙏🏻 This time he played it during his B2B set with @pacoosuna at @musiconofficial @spaceparkmiami ❤️ Get your copy now for free on our SoundCloud - Link in Bio!

Following the success of Joe Vanditti’s summertime edit of SAINt JHN, we return with another monumental re-rub. This time, Mario Daic puts his spin on a Villalobos classic.
⠀⠀⠀⠀⠀⠀⠀⠀⠀⠀⠀
2021 saw the launch of our free download series, as Joe Vanditti turned out an incredible edit of world-renowned Hip-Hop artist SAINt JHN’s ‘Borders’ (feat. Lenny Kravitz). 2022 aims to continue with impressive momentum as we welcome German producer and TILT resident Mario Daic to the stage.
⠀⠀⠀⠀⠀⠀⠀⠀⠀⠀⠀
Mario’s take on Ricardo Villalobos & Mari Kvien Brunvoll’s ‘Everywhere You Go’ has already started to grab the attention of some of the industry’s biggest hitters, including Marco Carola and Luciano - who have both played the track several times in their sets.
⠀⠀⠀⠀⠀⠀⠀⠀⠀⠀⠀
Diving straight into a ricocheting flurry of drums and percussive flair, Mario’s edit blends plenty of that signature NoZzo rolling sound with Vilallobos’ celebrated nonconformist approach to music production. Weighty kick sequences, swirling instrumental layers & hypnotic vocal arrangements are just some of the things you’ll find in this endlessly captivating dancefloor pleaser.
⠀⠀⠀⠀⠀⠀⠀⠀⠀⠀⠀
Ricardo Villalobos, Mari Kvien Brunvoll’s ‘Everywhere You Go’ (Mario Daic's NoZzo Edit) is out now on NoZzo Music SoundCloud.

Pre-Order is available now for this dope EP from @grees.music 🇦🇷 incl. a bomb Remix by @martinocco 🇩🇪 Get them Tennis Shoes ready to hit the dancefloor 💣💥

Who’s ready for the next NoZzo Free Download? This time we offer you @mariodaic ‘s Edit of an all time classic by @realricardistas 🤗 This heater has been played a couple of times by the legends @marcocarola & @magikluciano 🤯 Available this Sunday on our SoundCloud ✊🏻

Big up to the main man @waffdj for the support on our next release coming out this Friday! Watch him play „Cosmin Horatiu - Fly Tonight (George Smeddles LDN Remix)“ in his b2b Session with @karimsolimandj at the @amsterdamdanceevent 🔥🔥

Our favorite EP of the year is available now as pre-order! Go to Beatport, SoundCloud or YouTube and check out the previews! Straight fire comin‘ from @cosmin_horatiu and @georgesmeddles 🤯🤯

Miami afterhour vibes with @tomiandkesh and the leading track „Thursday“ of our next EP by @antoniograssia !! This one drops tomorrow 👀 100% NoZzo Music 🤟🏻 Ciao Ragazzi! The „Thursday“ EP by @antoniograssia incl. a killer remix from @proudlypeople drops on Friday! Nothing but straight fire coming from these guys! Forza Italia 🇮🇹❤️✊🏻

Party peeps, get ready for a night full of groovers because @georgesmeddles 🇬🇧 is coming to town! We are also hyped about the debut of @cosmin_horatiu 🇷🇴 for NoZzo 😍🙌🏻 Less than a month to go ‼️

We introduce you to the new NoZzo Music free Download series with an emphatic maiden release, a stunning rework of SAINt JHN's incredible 'Borders' (feat. Lenny Kravitz).
⠀⠀⠀⠀⠀⠀⠀⠀⠀⠀⠀
Undoubtedly one of the most influential artists on the planet in recent years, SAINt JHN's presence in the world of music has been nothing short of seminal. Kicking off the first of many NoZzo Music free downloads, Napoli born artist @joevanditti delivers a rolling rendition of SAINt JHN's 'Borders' featuring iconic Grammy-award-winning artist Lenny Kravitz.
⠀⠀⠀⠀⠀⠀⠀⠀⠀⠀⠀
Turning a melodic and emotional hip-hop cut into a terrace tech stomper is no easy feat, but Vanditti swings for the fences with this edit. Punchy drums, shuffled hat grooves & rippling percs build the base of the track, whilst a bright synth rises above rhythmic sub-bass. The combination of SAINt JHN & Lenny Kravitz's standout vocals bring the track together, making for a 'hands-up, heads down' main room cut like no other!
⠀⠀⠀⠀⠀⠀⠀⠀⠀⠀⠀
SAINt JHN Feat. Lenny Kravitz - Borders (Joe Vanditti's NoZzo Edit), out 7th November 2021 via NoZzo Music on @soundcloud

What comes after Alessandro Diruggiero, Pedro Vasconcelos and Cosmin Horatiu? Exactly... @gustaff666 !
⠀⠀⠀⠀⠀⠀⠀⠀⠀⠀⠀
We welcome the last of our residents quartet and invite you to listen to an hour of his selective cuts! Spoiler alarm: It's super hot!
⠀⠀⠀⠀⠀⠀⠀⠀⠀⠀⠀
Gustaff is not only a crazy good producer and DJ from Salamanca (ES), he is also the label owner of "Kubbo Records" and never says no to a cheeky after.
⠀⠀⠀⠀⠀⠀⠀⠀⠀⠀⠀
Fun Fact: Gustaff brushes his teeth with beer - no joke!

This time he dropped it in his marathon set at BRET for the ADE After!

Ohhhh how much we love the afters 👹🤘🏻

Throwback to the first NoZzo party of the year with @tomiandkesh , @pedrovasconcelosmusic and @gustaff666 !! See you in 2 weeks with our headliner from Italy: @antonio_pica_dj 🇮🇹🔥

Zurich, are you ready?
⠀⠀⠀⠀⠀⠀⠀⠀⠀⠀⠀
NoZzo is coming to Switzerland and we are so happy to offer you a night full of Groovers at the amazing @klausclub_zh with @tomiandkesh and @delamaso 🤓🤙🏻 Never miss a Party - live like a NoZzo!

It‘s about time to release some music from our resident @gustaff666 👀🤟🏻 Pre-listen his collabo EP with @meisterik incl. remixes from @santiagobejarano and @rsquareddj on @beatport @soundcloud & @youtube 💥💥 Release day: October, 22nd

We are delighted to announce that the next episode of „NoZzo“ at our beloved @kowalski_stuttgart will be with @musiconofficial artist @antonio_pica_dj 🇮🇹❤️
⠀⠀⠀⠀⠀⠀⠀⠀⠀⠀⠀
The NoZzo‘s @tomiandkesh and @alessandrodiruggiero will join him on the decks!
⠀⠀⠀⠀⠀⠀⠀⠀⠀⠀⠀
Be ready for the quadruple trouble on November, 5th 😎👊🏻💥

Another month, another mix from one of our NoZzo Residents! This time you can listen to a 1 hour set by Romanian based DJ and producer @cosmin_horatiu 😎✊🏻
⠀⠀⠀⠀⠀⠀⠀⠀⠀⠀⠀
We are totally in love with him and his music and we just can't wait for the release of his "Fly Tonight" EP. Keep your eyes and ears open on this one!!
⠀⠀⠀⠀⠀⠀⠀⠀⠀⠀⠀
Now go to YouTube or SoundCloud, press play and check out the fine selection of groovy Minimal and Tech House 🙂

Coming this September to NoZzo Music, Costa Rican artist @newballofficial delivers two original cuts supplemented by the label frontmen on remix duties for 'Fantasy'. The Boruka Records co-owner has impressed on a wealth of respected Tech House labels to date, so we are delighted to have him join us for his NoZzo label debut.
⠀⠀⠀⠀⠀⠀⠀⠀⠀⠀⠀
Jumping straight in, 'Fantasy' bursts to life with an uptempo bed of thudding kicks and rattling percussive elements. Driving sub-bass notes and offbeat fills inject even more enthusiasm into the track before piecing it all together with an iconic and masterfully constructed soulful female vocal topline.
⠀⠀⠀⠀⠀⠀⠀⠀⠀⠀⠀
The remix by @tomiandkesh follows up with a more laid-back spin on the title track. Emphasising groove over punch, its progressively satisfying rhythmic underbelly and climactic breakdowns slide effortlessly through highs and lows to deliver a 'hands up' terrace roller for the masses.
⠀⠀⠀⠀⠀⠀⠀⠀⠀⠀⠀
Closing off the release, 'Block Party' strikes a pleasant bounce from the outset. Another potent base of drums and sizzling hat sequences lay the foundations for its subtle melodic elements to follow. Funky from start to finish, with ample servings of soul and flavour throughout.
⠀⠀⠀⠀⠀⠀⠀⠀⠀⠀⠀
Newball's Fantasy EP (incl. Tomi & Kesh Remix) is proudly presented by NoZzo Music.

The wait is over!! „Fantasy“ EP by @newballofficial incl. @tomiandkesh Remix is available now as pre-order exclusively on @beatport 🔥🔥 Link in Bio ✊🏻

Podcast 06 is mixed by the @unnamed.unknown.label boss from Portugal and a great skilled DJ - @pedrovasconcelosmusic !!
A true master of the tiki tiki tikkkk sound that we love more than life!
Check out his dope set for our monthly mix series and make sure to follow him and his label for great music :) Now available on SoundCloud and YouTube 🤗

Woooooow!! Thank you @frankyrizardo for the huge support on our „W2DO“ at @verkniptevents 😍😍 What a reaction by the crowd - mamma mia 🤩

Landing in May on Tomi & Kesh's NoZzo Music, up and coming UK artist Matt Arnold makes his label debut with 'Beat'. Accompanied by Distance Music head honcho Bassel Darwish, the EP features an emphatic three-track combo that we can't wait to share.

'Beat' gets the EP off to an impressive start. Clean and punchy drum work kicks through a rolling bed of percs and tonal fills, interjected by catchy vox. The standout element has to be its funk-inspired melodics with strings, pads, synths and more.

Next up, Bassel Darwish's remix strips things back and focuses on driving low-frequency elements to create a gritty underground feel. Homing in on the groove, this minimal-style roller with subtle melodics packs a punch from the bottom up.

Last but not least, 'Yeah' introduces us further to Matt Arnold's quirky side. Breaking out of the conventional rolling Tech House blueprint to treat us to some more electronic-feeling melodic factors, it retains its underground feel whilst leaning into some more rave-inspired sounds and high-energy aspects.

One week to go until you can get this huge EP from @mattarnold.music incl. a bomb remix by @bassel.darwish 😎👊🏻 Watch out lads, this one is crazy! 👀

The King of Groove - Paco Osuna - smashing the dance floor in one of the best clubs of the world - Club Space! 😍❤️ Big up to Enrico Caruso and his bomb „Slow Down Baby“ 🔥🔥

We welcome @dirtyclubmusic label boss and @musiconofficial resident - Antonio Pica - for the 3rd edition of our NoZzo Music Podcast series! Listen to 90 mins of fine Tech House coming straight from Naples, Italy. Now available on our SoundCloud and YouTube channel 🤗

The „To The Funk“ EP is now available as pre-order on Beatport! Hit the link in our Bio to listen to the 2 originals by @marvin.kraemer.music & @kenzo.ofc and two great remixes by @craiggrantgordon and @greck_burton & @ankoadjprdcer 🔥🔥

Biiiiiig thanks goes out to the main man @djstevelawler for playing „Words“ ( by @benwalshdjuk ) at his last gig! Track is out now on all major platforms! 😎👊🏻💥 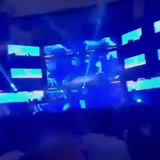 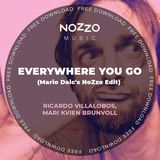 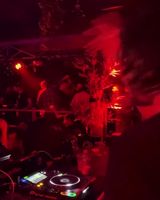 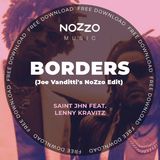 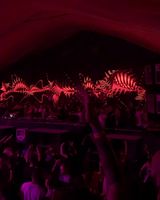 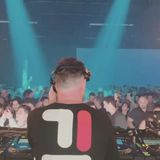 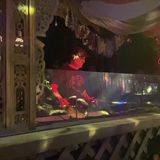 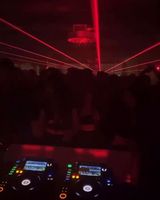 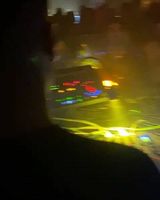 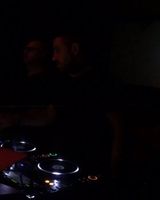 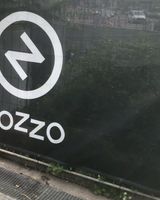 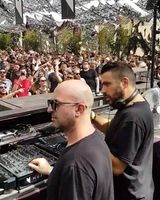