She was born in Italy. It is not known why her parents were there. Back in Graz, she began taking art lessons in 1873 at the "Landschaftliche Zeichenakademie" (Landscape Drawing Academy) with Hermann von Königsbrunn. After 1881, she studied at the Academy of Fine Arts, Vienna, with Eduard Peithner von Lichtenfels, August Schaeffer and Hugo Darnaut. Her first exhibit followed shortly, at the Vienna Künstlerhaus.

It was Darnaut who most influenced her style; an atmospheric school of landscape painting peculiar to Austria, known as "Stimmungsimpressionismus". While in Vienna, she befriended Marie Egner and Alfred Zoff, who she later followed to Munich. There, she completed her apprenticeship with him and Adalbert Waagen, a student of Albert Zimmermann. She also took up watercolors and was initially best known for her work in that genre.

In 1893, she was awarded a prize at the World’s Columbian Exposition in Chicago. She later exhibited frequently in Vienna, Berlin, Prague, Graz and elsewhere; making numerous painting expeditions to the Adriatic, Styria, Carniola and the South Tyrol.

She died in 1924 and is buried at the St.Leonhard Cemetery in Graz. 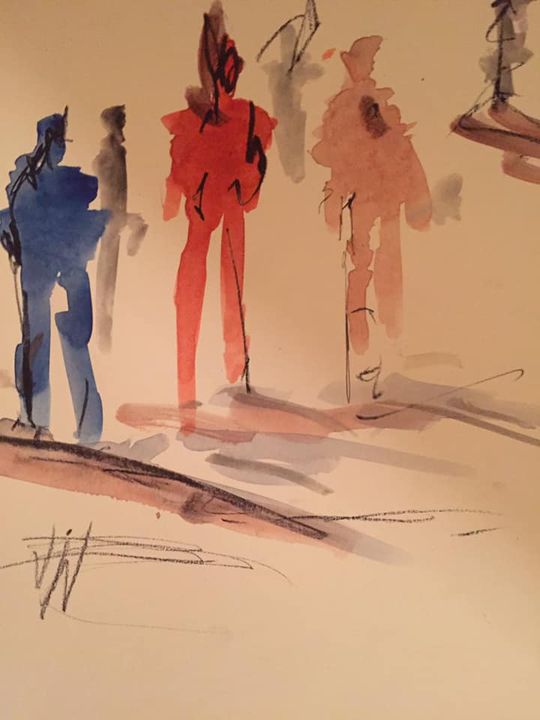