Today we revealed Auguste Rodin’s bronze sculpture of Honoré de Balzac at Cologne’s Neumarkt, right in front of Lempertz. Special thanks to Major Henriette Reker for attending the inauguration and revealing the sculpture. The statue is ready right in time for Balzac’s 223th Birthday, which is tomorrow on May 20.

Our preview in Brussels is opening today at 10am!
The exhibition is showing highlights from the upcoming auctions of Modern Art, Contemporary Art, Photography and Asian Art.
19-21 May 2022, 10am-6pm
Grote Hertstraat, 6 1000 Brussel

Register at MyLempertz to participate in the upcoming auctions!

In the 16th century, bronze sculptures that were as naturalistic as possible enjoyed a particular fascination and popularity, especially in Padua, Italy.
To achieve the most realistic appearance possible, a not entirely unscrupulous moulding technique was used: bronze casting after nature. This involved covering living animals, usually reptiles or amphibians, but also crabs, with moulding sand, firing them and filling the resulting mould with liquid metal alloy. Early castings of snakes after nature are extremely rare to find, only a few examples can be found in museums.

This cabinet is beautifully painted on all three outer sides with Chinese figures and landscapes. This technique of lacquer painting became fashionable in Europe at the end of the 17th century, following Chinses and Japanese objects. The artist of this cabinet understood and mastered Chinese painting like no other European. All details are identifiable and precisely rendered, in a fluid masterly brushstroke. In Germany there was one painter who mastered the technique to the perfection we see here. And that was Martin Schnell, who was commissioned by Augustus the Strong to decorate the Japanese Palace in Dresden from 1717. This important piece of furniture can almost certainly be attributed to him.
Lot 1764, Estimate: € 60.000 - 80.000

Do you already have plans for the weekend? We are preparing our preview of Old Masters, Decorative Arts and Jewellery/Watches. From 14 -19 May you have the chance to take a closer look every object of our upcoming auctions at Lempertz Cologne.

Impressions of our preview of tomorrow’s auction at Lempertz Brussels!
📍Art of Africa, the Pacific and the Americas - 11 May 2022

Like a web, the entire sheet of Gerhard Richter´s painting is covered by a polychrome layer of paint in a pattern reminiscent of honeycomb. The dominant colour is largely a rich white, with bluish-red streaks of paints moving through it along the edges. In the bottom right-hand corner the prevailing element is a mixture of rich berry tones that continue well into the centre of the painting. In a number of places the overall mass of paint branches out into graceful surface structures that stand out three-dimensionally from the surface, so that the layer of paint affords a glimpse of the underlying level of shimmering green.

💐Lets say Happy Mother´s Day to all the Moms out there! 💐

Next Week: Art of Africa, the Pacific and the Americas
📍Auction 1205, 11 May 2022 at Lempertzs Brussels!
Don´t forget to check on our online catalogue.

Only two days left until the next Prussian Auction at Lempertz Berlin - check our Story-Highlights for a sneak peek!

For the first time we´ve added a new format to our offer in Berlin: „Berlin Salon“ has important design objects of the early 20th century to present.

We’re getting ready for the next previews.
Make sure to visit our website to take a look at some new auction catalogues and the upcoming spring auction dates!

We are thrilled to be presenting our catalogue for the Jewellery & Watches auction online. Have you already found your favourite piece? 💍💎

“A scraped up face and a scraped up shin, but a few good photos. All in all: more luck than sense”, that is Willi Ruge’s statement on the breathtaking “Ich fotografiere mich beim Absturz mit dem Fallschirm” series. The images created as he plunged himself with a parachute were published in various German and international magazines and made the photographer instantly famous. Today they are very much emblematic of an epoch defined by its fascination with technological progress, speed and optical sensations. An identical vintage print of our motif is currently being shown at the widely noted exhibition “Masterworks of Modern Photography 1900–1940: The Thomas Walther Collection at The Museum of Modern Art, New York”, which will travel to Lugano, Paris and Turin. This extremely rare photograph, of which only one vintage print is known to be in a public collection, is being offered at auction for the first time.

Little is known about the life of Leiden painter Pieter de Ring. According to Houbraken, he was taught by Jan Davidsz de Heem, a fact that cannot be proven. However, the stylistic influence of de Heem is clearly noticeable in the Leidener's still lifes. De Ring left an impressive body of work depicting fruit, shellfish and vessels made of silver, glass or procelain in still lifes. His works are occasionally monogrammed or signed, but he more often added a ring in his arrangements as a form of signature, which can be seen in the present painting. The tables in his works are in many cases covered in a blue tablecloth. This allows him to set a colour palette for his compositions and provides a vivid contrast to the rich colours of the other subjects depicted, such as yellow lemons, red cherries, lobster and other shellfish.

Have a fulfilling and joyful Easter!

From the second half of the 1980s onwards, Günther Förg devoted particular attention to his lead paintings. They belong to his best-known groups of works, in which the materiality of the chosen material emerges particularly powerfully. The easy malleability of heavy metal, which made it a popular and diversely used material in earlier times, is also exploited by Förg by stretching it, rolled out into sheet metal, over a wooden frame instead of canvas. "Förg transformed these materials and their inherent differences - lead - wood - painting matter - into a diffuse spatiality. Without perspective, something like a sounding board emerges, shattering the strict truth of geometric composition. It was above all the discovery of lead that opened up new possibilities as a counterpart to paint. This rare material for an artist captivates above all through two qualities, on the one hand it is particularly heavy, on the other hand it is particularly vulnerable." (Siegfried Gohr in: Günther Förg. Make it new, Recklinghausen 2004, S.63). 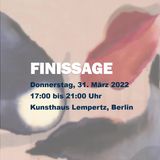 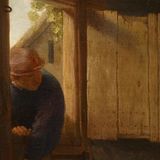 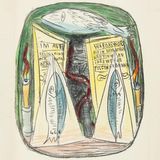 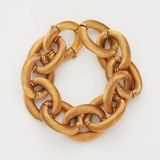 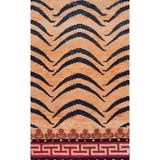 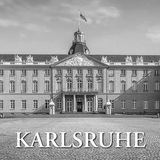 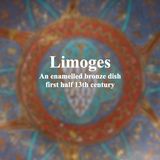 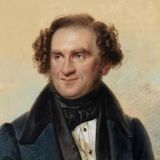 THE PRUSSIAN SALE - Franz Krüger - Portrait of a gentleman 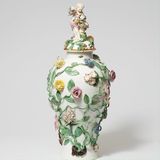 PRUSSIAN SALE - A Wegely porcelain vase with an amoretti finial

Preview of the Prussian Sale in Berlin - Now discover virtually! 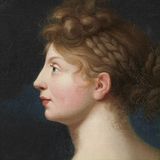 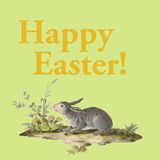 Happy Easter to everyone! 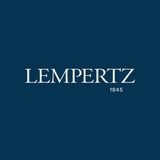 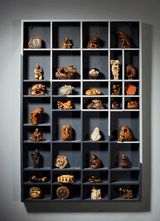 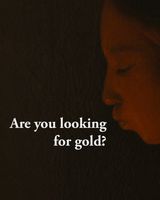 Olaf Maninger on Max Liebermann's painting "Concert in an Opera" 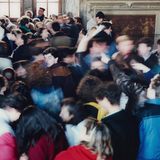 LEMPERTZ - A COMPETENT EXPERTISE FOR 175 YEARS