Tomorrow, we look forward to welcoming the press at 10 and 11.30 am, and the public at 7 pm to the brand new exhibition „HOLLYWOOD“ at the @helmutnewtonfoundation!

Here are two little sneak peeks for you… so join us tomorrow to get the full experience.

Planning your next activities for the upcoming week? Then mark your calendar, and join us for the opening of “HOLLYWOOD”, the new group show at the @helmutnewtonfoundation !

Pls have your 3G proof ready at the entrance.

From July 28 to October 5, 2022, the Ernst Leitz Museum Wetzlar is presenting a comprehensive display of works by the British photographer and musician Andy Summers, with approx. 150 images showing densely composed, often reduced, magical moments that were captured on journeys in South America, the USA and Japan. A second group of pictures is closely connected to his experiences while on tour with The Police. The viewer gets a sense of being right there on stage; but also backstage, and in the tour bus. At the height of the band's career, Summers’ pictures provide insight into the frenzy of success; yet, also, into the melancholy and silence of lonely night-time excursions into the metropolises where he happened to be. Like a nostalgic scout, he looked for the poetry of the night, often experimentally expressive, but also full of quiet stillness. The unifying elements found in all of his pictures are a precise composition of the images; the deliberate cropping of the motifs; and the subtle wit that is always present. His photography reflects the same stylistic crossover that he prefers in music.

Stay tuned for more information, and for our invitation to the press preview on July 27th.

Join us for the press preview of "HOLLYWOOD" (1st floor) and "HOLLYWOOD Stars at the Berlinale" by Gerhard Kassner (ground floor) at the Helmut Newton Foundation!

Only a few spots left!

Matthias Harder, Director of the Helmut Newton Foundation, will guide two consecutive tours for a limited number of journalists. Participants must be accredited and wear a mouth-nose covering. General regulations apply regarding maintaining physical distance and hygiene.

Filming and photographing are permitted during the press event
for current news coverage only.

Helmut Newton is always the point of departure and reference for group exhibitions like this one. His photographic works often include references to film and even quote specific scenes, such as by Alfred Hitchcock or the French Nouvelle Vague. Some of his fashion photographs from the 1960s onwards are clearly cinematic in their staging, and starting in the 1970s some of his portraits are like artful film stills. In the 1980s and ‘90s, Newton photographed actors at the Cannes Film Festival and fashion on the Croisette.

In addition to those images by Newton, this new group exhibition features 13 photographers and their interpretations of Hollywood, presented as usual in larger groups of works. The main exhibition space is dedicated to the medium of film and the multifaceted Hollywood system. It features portraits of actors from Hollywood’s early years by Ruth Harriet Louise and George Hoyningen-Huene, as well as later film stills and on-set photographs by Steve Schapiro and several Magnum photographers, including Eve Arnold and Inge Morath, who documented the 1960 production of the John Huston film, Misfits.

A glass display presents an extensive portfolio owned by Helmut Newton of later works by George Hurrell, who replaced Ruth Harriet Louise in 1930 as the most important Hollywood portraitist for the major film studios. Elsewhere in the same room hang five large-format color photographs from Larry Sultan’s series The Valley, a study of the p**n film industry near Hollywood – the largest of its kind and, in a sense, the equally lucrative dark side of the dazzling world of glamour. Gracing the walls of another part of the space are five large, minimalistic black-and-white portraits shot by Anton Corbijn in Los Angeles, from Clint Eastwood to Tom Waits. A further display case holds Annie Leibovitz’s famous Hollywood portraits, which she shoots every year for Vanity Fair. The Oscar winners depicted in panoramic group portraits appear on gatefold covers of the magazine. As a whole, this room traces a historical arc over an entire century – from the early star portraits of the 1920s, which set a precedent, to present-day Hollywood; and from vintage prints of various sizes to magazine reproductions.

In the back exhibition room, the focus is on the city of Los Angeles. Julius Shulman’s architectural photographs showcase legendary mansions in Hollywood Hills and Beverly Hills. These architectural icons of L.A. modernism were often the home of film stars and producers and occasionally served as film sets. Appearing in sharp contrast are striking, sometimes unsparing portraits by Michael Dressel of people living in the city with dashed hopes and broken dreams, and of Hollywood tourists. These fleeting encounters are captivating in their spontaneity and situational composition. Jens Liebchen began work on his color series L.A. Crossing in 2010 as part of the “La Brea Matrix” project initiated by Markus Schaden, aiming to trace the footsteps of Steven Shore. From the window of his rental car, Liebchen photographed what at first glance seem to be unspectacular street scenes. But viewed as a series, the images unfold into a compassionate sociological study. On the opposite wall is Philip-Lorca diCorcia’s Hustler series from the 1990s, portraits of male prostitutes around Santa Monica Boulevard. Each photograph’s title includes the sitter’s name, place of origin, and hourly rate – the latter in this case referring to the fee for the photograph. Flipped open in the central display case, Ed Ruscha’s legendary 1966 accordion-fold leporello, Every Building at the Sunset Strip provides an architectural and social backdrop for the other photographers’ later images of the same sites and street corners, which hang on the walls in this exhibition space.

A different kind of street photography is on view in June’s Room, which Alice Springs shot on Melrose Avenue in West Hollywood in 1984. The images capture the music-based counterculture of punks and mods and other style-conscious individualists who transformed the streets into a stage as if life were a casting show.

With these images, the group exhibition traces the allure of Hollywood, which continues to draw many people to Los Angeles in search of work in the film industry. We glimpse both the official and private lives of stars, the villas of the rich and beautiful, film-loving tourists, as well as numerous secondary motifs, such as film props in the studios. On the one hand, the exhibition looks back upon 100 years of Hollywood through these select works. At the same time, its perspective is utterly contemporary, paying homage to the slowly fading splendor of an entire era. Cinematographic storytelling is continued here with photographic means.

Berlin Photo Week 2022: Magnum is there and celebrates its 75th anniversary

Thanks a lot to Fashion Press for the lovely announcement of this year´s Berlin Photo Week:

Berlin Photo Week 2022: Magnum is there and celebrates its 75th anniversary.

Good morning with my first #May Interview for @loeildelaphotographie - this time with the one and only @herrwulff. After getting to know his work many years ago, it was about time to sit down and talk about his projects, and about #whatsnew.

Check out the full read via the IG story. 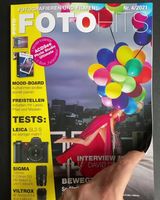 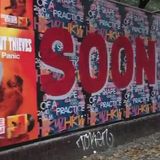 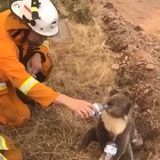 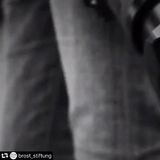 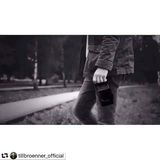 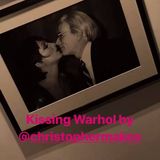 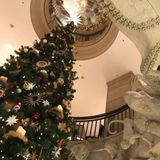 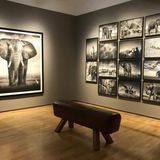 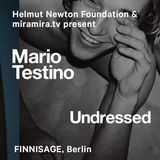 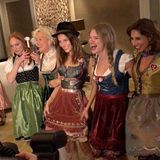 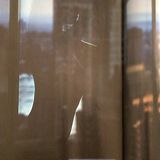 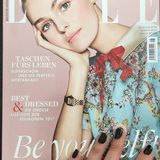 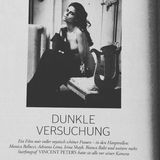 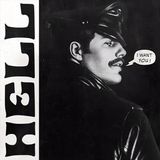