it is done. I am attaching you the link to the publication for the Africa lecture series last winter at the Free University and we want to say thank you again to all of you for your participation, your time and effort, your texts and speeches. This would of course not have been possible without you and it was a great pleasure for me to work with you and learn from you.

The publication can be found online here:

And it will also go online at the OSI Club Homepage within the next days.

For those of you who wonder language wise, we have chosen to publish in both languages within this magazine, English and German. Some texts are in German, some in English.

All the best and warm regards!

A follow up on the talk of Prof. Martin Murray: "Inequalities against Democracy: The New South Africa through the Lens of Post-Apartheid Johannesburg"

"Along with similar mega-projects located nearby that are either under construction or in the planning stages, Waterfall City represents a completely new prototype for city building in urban Africa (Murray, 2013, 2014). Hailed as “the biggest property development in South African history”2 and proclaimed as the real estate “coup of the century,”3 this self-contained satellite city represents a new
prototype for city building in the Greater Johannesburg metropolitan region that came into existence after the end of apartheid."

The last talk of the semester: Nigerian Journalist, Writer and Winner of the CNN Multichoice African Journalism Award Tolu Ogunlesi will speak on a More Perfect Democracy: Making the Lessons of History Count.

As the world comes to terms with two very different terror attacks, Tolu Ogunlesi explores why Nigerians have their own particular way of dealing with atrocity

Thanks Mildred Ngesa for your talk, leaving us behind with some inspirational thoughts and a quote from Berthold Brecht urging for political engagement!

"The worst illiterate is the political illiterate. He doesn't hear, doesn't speak, nor participates in the political events.
He doesn't know that the cost of life, the price of the bean, of the fish, of the flour, of the rent, of the shoes and of the medicine, all depend on political decisions.
The political illiterate is so stupid that he is proud and swells his chest saying that he hates politics.
The imbecile doesn't know that, from his political ignorance is born the prostitute, the abandoned child, and the worst thieves of all: the bad politician, corrupted and flunky of the national and multinational companies." 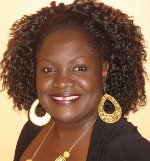 "Healing the world, one story at a time" - our next story will be given by Mildred Ngesa in reference to her first novel "The President´s Toothbrush".

As a Journalist, Writer and Initiator of "Peace Pen Communications", she is considered the "vioce of the voiceless".

She will dedicate her talk to the issue: Why Leadership in Africa has ceased to be inspirational – the case of Kenya. We will try to facilitate a livestream. So from Abuja to Berlin and beyond you can join us! The link will be posted here.

Author Elnathan John will dedicate his speech to the motion: "Nigeria: Demanding Accountability in a Time of Crisis"

Author of the books "The External Mission: The ANC in Exile", "Seasons of Rains: Africa in the World" and "The Criminalization of the State in Africa" will be the lecturer at our next session on Tuesday, 16th of December.

Prof. Dr. Stephen Ellis, is one of the scholars who shaped scientific discourses on perceptions on Africa for the past two decades with his controversial positions challenging the mainstream in International Affairs and forms of African Studies. He is Desmond Tutu Professor of Youth, Sport and Reconiliation at the Faculty of Social Sciences at the VU University, Amsterdam.

His talk will be dedicated to the question "South Africa: Is there a Revolutionary Future?" The talk will be followed by a discussion.

„Inequalities against Democracy: The New South Africa through the Lens of Post – Apartheid Johannesburg“ will be the topic of tuesdays lecture by Prof. Dr. Martin Murray, from the Taubman College of the University of Michigan. The talk will be followed by a discussion.

"The end of apartheid and the transition to parliamentary democracy in South Africa seemed to hold out the promise of a fundamental reversal of the socio-economic fortunes for the black majority. While South Africa over the past twenty years has experienced perhaps the fastest growth of a “black middle class” anywhere in the world, the socio-economic opportunities for upward mobility for most ordinary people has remained very limited. Johannesburg is a bellwether for the country. Hence, critically examining enduring inequalities in Johannesburg enables us to gain an understanding of broader trends in South Africa more generally.Johannesburg is a city that is literally on the move."

To those doing area studies: It´s often about a change of perspective, challenge historically shaped narratives:

Beninese Director Sylvestre Amoussou is contributing to this project with his movie "Africa Paradise"!

Elnathan John is our guest speaker on the 13th of January. In the light of the World Aids Day he interviewed Bisi Alimi!

I remember in the late 90's and early 2000 when we were burying so many family members and friends. Week after week. I was still in primary school but I remember feeling like something was wrong- there was just too many people dying at once- and my mother told me about AIDS.Since I moved to the stat… 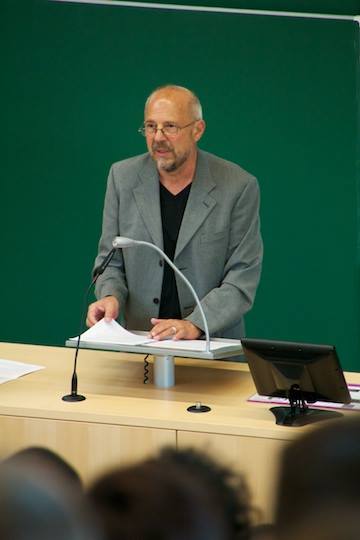 Dr. Amal Obedi was guest in our series: "Afrika: Revolution - Stadt - Wahl" on October, 28th. As a scholar as well as an activist she gave insights to the Libyan Transitional Period from a gendered perspective.

A summary of the lecture is now online:

Get to know our guest for tomorow, Philani Mthembu, in his talk on Rainbow Vision - Is Mandela´s Dream Alive? In our session he will speak about the emerging powers in Africa as sources of Development Cooperation (China - Africa Relations).

In this edition: Mandela's legacy, reining in the banks and taking stock of global rights situation on UN Human Rights Day

We´re delighted to announce the guest for next tuesday, the 18th of November, at 6.00 p.m.: Philani Mthembu!

Mthembu will dedicate his lecutre to China - Africa Relations under the theme:

You find more information on our program here: https://www.osi-club.de/afrika/ 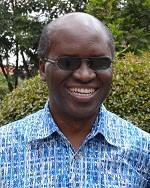