Our musical programming is as diverse as our crowd.

We sure do miss partying with all of you. We’re praying for more dance floor moments in 2022. Stay safe and get boosted.

Tickets to our Dec 10 after party are now online ❋Following the recent ruling by the Berlin Administrative Court, masks are no longer compulsory indoors. Guests planning to attend inside must prove that they are fully vaccinated or recovered. Indoor entrance is first come, first served following capacity guidelines, so there could be a queue.

Thanks for your understanding and caring attitude as we enter this next new phase of eased restrictions.

Our next party will be Sunday, September 12 at Club Ost.

A few last minute tickets have been added for today's event.

Limited number of tickets now on sale! Link in bio.

Looking forward to a summer dance! We expect those who attend our parties to approach one another with a love ethic and respect all Covid protocol. Purchasing a pre-sale ticket does not guarantee entrance, but showing up with a fab attitude helps!

Looking forward to a summer dance! We expect those who attend our parties to approach one another with a love ethic and to respect all Covid protocol. Purchasing a pre-sale ticket does not guarantee entrance, but showing up with a fab attitude helps!

We look forward to reconnecting !

Stream on our @soundcloud

Stream on our @soundcloud

Like most, our pandemic year has been filled with some unexpected highs and some very low lows. The interruption to our established routine has offered a new level of insight and reflection. While this has been a challenge, at times nearly impossible, we've drawn great strength from the lessons imparted on us from our own q***r struggle and history (like those who led the way during the first major pandemic of our generation, the ongoing AIDS crisis), and we have come to the overdue realization that we can no longer continue our working relationship with ://aboutblank.

Before Buttons, our crew rendezvoused as Homopatik, forging an intimate rapport with ://aboutblank. Over the course of the last decade-plus, we’ve invested in and worked closely with the staff and the collective running the venue, building out and using their space, crafting unquantifiable beautiful moments filled with exploration, imagination, and joy. We do not regret all that we have achieved together.

The past year has seen an intensification of ongoing struggles for social justice and equality: the wave of Black Lives Matter protests following the police murders of George Floyd & Breonna Taylor, continued struggles in Chile and Colombia, the peaceful democratic overthrow of a coup in Bolivia, and most recently, the global wave of resistance to the latest war in the Gaza Strip. As our world here in the vaccinated Global North begins to reopen and nightlife begins to feel closer to reality, we are reminded of our commitments to our communities here in Berlin and around the world, and of our commitment to supporting the Palestinian people and their fight for freedom, peace, justice, and statehood.

://aboutblank's anti-Deutsch views are well known. While we have shared compatible viewpoints when it comes to anti-nationalism, anti-capitalism and anti-fascism, those same anti-Deutsch views are, on the subject of Palestine, reflexively in favor of all actions of the Israeli state to the point of silencing both Jewish and Palestinian voices, with a vociferousness that calls those broader anti-nationalist, anti-racist, and anti-fascist commitments into question. This is the moment for white voices to de-center themselves, allowing progressive Arab and Jewish voices to lead the way. The refusal of anti-German and anti-German-influenced spaces and movements to do this has opened the door for a wave of racist attacks against people of colour who speak out on this subject and anti-semitic attacks against and silencing of progressive and left-wing Jews.

Up until now, it has been our desire to try and work on our differences with ://aboutblank from within. We no longer believe that this is possible, and we cannot and will not let others define our view on this matter any longer. We want to be clear that ://aboutblank does not speak for us. No matter how much we have attempted to counter-balance from within, we must acknowledge who really controls this venue that we called home, as well as all the other Berlin clubs: white Germans.

Leaving fills us with great sadness. Clubs that are, like Blank, anti-capitalist and not profit-oriented are rare. Their political engagement against gentrification and the old and new far-right is admirable in a scene too often characterized by apolitical owners and spaces who get rich off our commodification. We worked together for years to generate safer spaces, dancefloors, art, income and music for q***r artists in this city. But there has always been something lingering underneath the surface that does not fit with our ethos of radical acceptance.

And for a while, it has no longer been possible to welcome the communities into Blank we’d like to welcome given their stance on Israel and the manifestations of that stance in: the treatment of DJs and collectives of colour, of Palestinian clubgoers and clubgoers in solidarity with Palestine, and the broader anti-Deutsch left’s smearing of Palestinian and left-wing Jewish voices as somehow anti-semitic while right-wing attacks on migrants, people of colour, Islam, and Jews (like in Halle and Hanau) show where the real danger lies.

Leading human rights groups such as the Israeli organisation B’Tselem, Israeli human rights organization Yesh Din, and Human Rights Watch, after extensive findings of human rights abuses levelled at Palestinians by the Israeli regime’s military apparatus, went on to declare Israel an apartheid state. It is time that we take a clear stance against apartheid. Palestinians  deserve to live safely on their land without dreading state sanctioned war crimes and confronting constant settler-state violence on their  streets. Jews deserve to live freely and peacefully, and progressive & left-wing Jews should no longer be silenced and marginalised by  German identity politics. Only a wide-reaching coalition of anti-racist and  anti-colonial solidarity can help the Palestinian cause from being coopted by reactionary, anti-semitic, and anti-q***r forces including, white supremacists, Turkish nationalists, and religious fundamentalists.

Palestinians must finally be seen on a human level, whilst also helping to combat all forms of anti-semitism. We all deserve to live in peace and dignity on this earth no matter our race, class, gender, sexual orientation and creed . We hope that this gesture can be a small push forward  towards the creation of such a movement.

Post-Covid, nothing will be the same, nor should it. Now is the time to call everything into question, using this as an opportunity to fine tune intentions, move forward with deliberate political creation. Q***r liberation is fundamentally tied to the dreams of Palestinian liberation: self-determination, dignity, and the end of all systems of oppression.

Buttons and Blank have been like two stars of a binary star system. Each pulling the other in circles, sometimes near, sometimes far, often dancing together in the void of a dreamy sky.

But as a slow process of de-satellization, one has to leave, the gravity forces need to free the two bodies, the attraction will lose the strings and fade away. One body will take the cosmic void, the other will travel among other stars, and maybe become a nomadic celestial body forever.

Find new cosmic companions, bond elsewhere. Or end up in a black hole.

This is not the end of Buttons.

Please give us time to regroup & find a new home.

Our family of DJs, organizers, artists & staff will need all the love, support, & stability from you, our friends & family that have made Buttons a meaningful project over the past five years.

We have no intention of stopping now

Our hearts go out to everyone in the dance music scene that was a friend of Andrew aka @jasenloveland. We were introduced to him shortly after he moved to Berlin, his first visit to Buttons resulted in him staying from basically open to close of the party because the dance floor was where he felt most at home. We will miss his warm enthusiasm & artistic multiplicity - a cosmic brother always pinging into the conversation to ask "what wave are we on?"

The strict lockdowns have made this a very tough year for everyone globally. Berlin has been an incredibly difficult place to ride out the pandemic, without our usual spaces to gather & let off steam...the surprise 3rd winter did not help. Dealing with daily mental health issues compounds all of this.

We wish we would've done a better job to check in on Andrew during this time to say: "We're here if you need us. How are you coping?"

So, let's check in with the folks in our networks and be sure to shine a little light on those that might feel particularly undervalued.

If you are hopeless about your situation and feeling suicidal, reach out. You are not trapped, we are here for you.
https://www.opencounseling.com/suicide-hotlines

Thanks to everyone who participated in and made it out for our little Tag Der Club Culture showcase. Thanks to @clubcommission for the support. Pictured: Buttons resident photographer @ema_discordant with one of their prints

Buttons will have a lill showcase (NOT A DANCE EVENT) at Zucker Zauber (max 70pp each time)
the 3rd of Oct
for Tag Der Club Culture
In cooperation with: 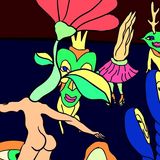 Depending on how you see it, you cage your mind, or you free it. Animation by Johanna Denke feat. Aerea Negrot's Pisco Sauer (Shaun J. Wright Remix).

Create your own character: add dignified attributes, define an overarching purpose, & instill them with a bit of attitude for the dance floor. Video by Naro Watanabe. Track by Johnny Aux, available as a free download on our Radio Buttons Soundcloud.

Sending All My Love

All up in my grill

Fire upon us. Buttons All Up In My Grill Video by Naro Watanabe music by Lsdxoxo 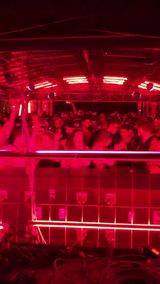 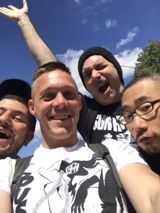 I wanted you to have this, so you'd remember me. A little souvenir, a piece of history.

Music: "Legacy" by Derrick Carter, used with permission from the artist. Video by Kevin Ramser https://cargocollective.com/kevinramser

SHAKE WHAT YR MOMMA GAVE YA

Reload before the revolution begins

Reload before the revolution begins 23:59 FriJan18 - 22:00 SatJan19 Video by Carlos Garcia-Sancho with music by Bézier

This is not a test!

This is not a test!

Blessed be the Fruits of the Equinox

Blessed be the Fruits of the Equinox Video by Naro Watanabe

You are alive but have you deeply touched the miracle of being alive? Sign up now for this weekend's 56 hour enlightenment workshop. Video by Carlos Garcia-Sancho

Buttons, The Garden of the Lascivious Plants

Buttons Garden Opening, 18th May- 20th May The Garden of the Lascivious Plants, video By Alv Caminero ( www.toxicpicnic.com ) Music = remix by Shaun J. Wright and Alinka Ratner for Chrissy <3 <3

We are here to save you.

We are here to save you.

Buttons: Wish You Were Here 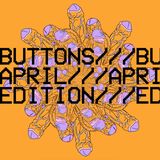