Deeply influenced by the movement of Minimal House & Techno. Joe Riedl black.round.twelve is a specialist, independent record store & online shop based in Berlin.

The second installment of Synkroniq is meticulously crafted by Vlad Caia

Slowly but surely we are getting ready for the next vinyl release.

Available soon in all major store.

We had a little dig in our archives and found 2 very last copies of Per Hammars great album on his imprint Dirty Hands!
Available now in our new black.round.twelve web shop.

After six years in the making between Malmö and Berlin, Per Hammar presents his first studio album on his Dirty Hands imprint.Pathfinder LP is designed for the dance floor and represents the evolution of one of Sweden’s finest artists from his musical beginnings in 2004 to the current day.

Check out the new release by Faster on Unic 🔥
Official Release 2021-12-17
already available in the black.round.twelve web shop 🤩

With anticipation always peaking ahead of each new release, Unic finally unveils the 6th installment of their storied vinyl series. Breaking ground with a new Ep from Romanian techno don Faster. As a sterling producer in his own right, the Ruere Records head weaves an intricate sonic tale on ‘Tran...

Due to the current situation
Our black.round.twelve store is closed until further notice 😕
We offer Click and Collect for everyone.
www.blackroundtwelve.com

black.round.twelve presents the second release on its imprint, signed by the Romanian talent Pîrvu. Dance Refuge EP is a 4-track EP spanning from minimal house to broken beat, showcasing a collection of music drenched in vibrant and sincerely playful energy - a sonic naivety of sorts, very akin to ...

Mihigh´s album Archielong LP on Playedby consists of 8 intensely rolled tracks dating between 2012-2020. The release unfolds on 4 discs of 180gr, with gatefold covers, coated in Sani Stranskiʼs artwork. Throughout Archielong LP, we are absorbed by what typically characterizes his narrative: a pecu...

Pre order: https://blackroundtwelve.de/release/na-zare-ep/
Thanks Trommel for the premier ❤

Olga Korol and Per Hammar combine on the latest Dirty Hands EP 'Na Zare' and the title track is first on our stereo.

Orders from Romania will be shipped next week.

Were nearing a complete sell out of #UNIC005 stock worldwide, if you still haven’t secured your copy of Guy From Downstairs impeccable debut album, nows the time!! ⚠️

Were nearing a complete sell out of #UNIC005 stock worldwide, if you still haven’t secured your copy of Guy From Downstairs impeccable debut album, nows the time!! ⚠️

The Aviary launches with Part I of the Scattered Love Story by Root Deep meaningful music from the soul for those in the know , experimenting in deep back-grounded unique frequencies that forges his vision. 4 beautifully unique crafted tracks that tell their own story, creating a whole state of reso...

Out now ... my ‘Ancient Roots ‘ 12” on the new sub label of Playedby . 3 unreleased trax from my archives for those that like it raw.

Big thanks to Victoria Robu for the beautiful artwork and black.round.twelve for the tasty pic 🙏🏼

GEMiNii Records is proud to present „The First Triumvirate“ EP with two amazing artists, Root & Bauch. Both talented producers have already made space in the underground music scene. Bauch in recent years increasing his reputation in the microhouse scene by having great feedback with Ricardo Vil...

Out in June, Mecker features two versions of a track first heard on the Chilean's fabric mix in 2007.

Passing their 5 years of activity mark, Germany’s black.round.twelve shop and distribution are offsetting another chapter of their journey. A label coming from the collective was just a matter of a natural occurrence, with none else than Ricardo Villalobos being the one to set the norms.

Now time and space are right to open a new chapter. We hooked up with Ricardo Villalobos and concluded that it is time to release the beast called Mecker after 14 years of mature.

You can pre listen & join the wait list in our web shop.

Berlin-based record store and distribution black.round.twelve is after 5 years in business a well-known corporation when it comes about Minimal House and Romanian Minimal. Now time and space are right to open a new chapter with the own vinyl-only label. We hooked up with Ricardo Villalobos and concl...

Special thanks to Juli Jah for the awesome artwork

We currently offer Click and Collect service. Order online and select ”local pickup“, and your order will be ready to collect within 1 hour.

Store pickup is available from Monday till Friday 1 p.m - 7 p.m 📦 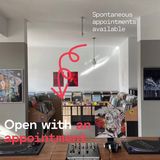 Max Telaer - Hard Times EP // Being All Here Records - BAV004 This record is waiting for you at the link: https://blackroundtwelve.de/release/hard-times-ep/ Just perfect for a sunny day like this🌞 #vinyl #blackroundtwelve #vinylonly #instamusic #recordstore #berlin #record #minimal #deephouse

Traumer - Temple // Subtil Records - SBTL019 We just received the repress of this beautiful piece of art on Subtil Music by Traumer Artwork by Juli Jah Three fresh uplifting ear-pleasing tracks, each of them in a pretty familiar manner. Distributed by our BRT Distribution #traumer #blackroundtwelve

Checking some test press for our BRT Distribution.

Mihai Pol - Making Waves on Subtil Records official release 2019-07-12 join the waitlist here https://blackroundtwelve.de/release/making-waves-ep/ and be emailed as soon as we have it in stock. For all record stores: Subtil Records is now with BRT Distribution. Contact us if you are interested in stocking the record.

black.round.twelve is a record store found in 2015 by a music lover for music lovers. Deeply influenced by the movement of Deep House & Minimal Techno the record store became a hot spot for Minimal House in Berlin.

Aside from that, the stock of vinyl assures a wide range of electronic music. Fine selected new releases meet plenty of second-hand records from the late '90s until this day. The store is a cozy and familiar place where you can dig your personal gems, meet and exchange with like-minded people about music, parties and much more. Or just hang out and drink a nice coffee.

In 2016 black.round.twelve started cooperation with Ourown.ro and became a partner distribution for the Romanian agency. Besides of Labels like [a:rpia:r], Amphia or Metereze BRT started to distribute also other labels like Cloc, Funky Fungi or Paramour.

In 2017 the own webshop www.blackroundtwelve.de was launched to cover also the music lovers outside of Berlin with the minimalistic but grooving sound the record store stands for.

Since 2018 BRT Distribution is cooperating with Scape Mastering and the new Berlin Intakt! pressing plant in order to offer the complete process a vinyl needs to get into the shelves of record stores.

End of February 2019 black.round.twelve moved to a new, bigger location. The new place includes a little coffee shop and some other nice things which you are very welcome to discover by yourself.