The best bar in Berlin Mitte to watch live sport on big HD screens, with live entertainment and music, a menu featuring burgers, cocktails and more, plus weekly parties and events including beer pong.

We will be closed the morning of the 19th September for the state funeral of Queen Elizabeth II to allow our team and hostel guests to pay their respects.

Cheers to 2 for 8€ Aperols 😉 Available Thursdays only with live music in the background! 🤘 #belushis #livemusic #aperolspritz #berlin

Join us for Champions League LIVE! 🎉⚽️ Our allocated booking space is full for tonight but you can still drop by to find some seats! 🍻 Be sure to get your reservation requests in NOW for tomorrow and next week! 😉🥅

Wing Wednesday is underway! 🎉 Enjoy our delicious BBQ, Buffalo or Korean-Style wings for only 50c each while you catch all the Champions League action LIVE! 🍗⚽️ #belushis #bar #berlin

Tomorrow is Cocktail Tuesday! 🍹 Grab any of our cocktails for only 6€ from 5-9pm 🎉 Don't miss out! #belushis #tipsytuesday #berlin

Join us tomorrow night for 2-for-8€ Aperols and live music!! 🍹🎸 The Aperol deal kicks off at 5pm and live music starts at 7pm...don't miss out! #belushis #livemusic #thirstythursday #berlin

It's Burger Monday 🤤 Grab any of our delicious burgers and fries for only 8€! 🍔🍟 #belushis #burger #berlin

It's Wing Wednesday! 🤤 Get down to the bar from 5pm to enjoy delicious, hot wings for only 50c each 🍗 #belushis #wings #wingwednesday #berlin

F1 returns to our screens this Sunday! 🏎 Get your bookings in NOW! #belushis #formula1 #berlin

Get your Live Music fix 🎸 TONIGHT in the bar from 7pm! It’s Aperol Thursday too, so you can cool down with 2 of these cocktails for only 8€ 🥳 #belushis #livemusic #aperolspritz #berlin

The countdown is on for Burger Mondays! 🍔🤤 Grab any burger & fries for only 8€, starting at 5pm! #belushis #burgers #berlin

Premier League and Bundesliga are BACK! Don’t miss the first round of the season showing LIVE from Friday 🎉 The Berlin Derby is on Saturday and we have Happy Hour every day from 5pm with 2-for-1 selected beers & spirits 🍻 Get your bookings in while there’s still time! ⚽️🥅 #belushis #sportbar #berlin

Thank you to everyone who joined us over Live Your Life Weekend and helped us raise money for the @TeamMargot Foundation! 🌻🎀 If you couldn't make it, it's still not too late to help families in need. Please visit www.justgiving.com/campaign/lyld2022 to donate now! 💗 #belushis #liveyourlife #teammargot

Live Your Life Weekend has begun! 🌻🎉 Join us as we raise money for in-need families caring for children with cancer through the Team Margot Foundation 🎀 Our Pink Gin Fizz is available all weekend with 100% of profits being donated. Every little bit counts, so please swing by for a drink! 💞 #belushis #berlin #TeamMargot #LiveYourLife

Watch Germany v France in tonight’s @weuro2022 Semi-Final! ⚽️ Get in early and enjoy some of our 50c Wednesday Wings before the game 🍗 then join us this Sunday for the 6pm final! We’ll also have F1 earlier in the day, so it’s going to be a busy one. Get your bookings in NOW! 🍻 #belushis #sportsbar #berlin

Join us from this Friday for our biggest event of the year! Our weekend long event will be dedicated to celebrating life with our huge parties happening across all our sites. Expect live entertainment, exclusive cocktails, fundraising and more! 🥂 🎉

We'll also be partnering up with Team Margot 🎀 to help raise money to support families caring for child cancer patients.

We’ve partnered with Team Margot to raise over £20,000 to support the families of child cancer patients. We’ll be throwing a weekend-long party in every one of our bars across the UK & Europe with live music, fundraising activities and a special cocktail where 100% of the profits will be donated directly to Team Margot.

Summer weather is making a comeback 🌞 and that calls for cocktails! Join us tomorrow for 6€ cocktails from 5-9pm 🍹🎉 #belushis #summer #berlin

Get down to the bar tomorrow for LIVE MUSIC from 7pm with Jack McDonald! You can also enjoy 2 Aperol Spritzes for 8€ from 5pm-9pm 🍹🍹 Don't miss out! #belushis #livemusic #berlin

Watch the Wimbledon finals this weekend! 🎾🏆 Centre Court will be showing LIVE with commentary on our HD screens and projector. Don't miss out! #belushis #wimbledon #sportsbar #berlin

The UEFA Women's Euro kicks off today with England v Austria at 21:00! ⚽️🏃‍♀️ Get down early for the game and enjoy our Wednesday Wings special, all 50c each from 5pm 😉🍗 #belushis #weuro2022 #wednesday #wings

Join us today and tomorrow for the Wimbledon Quarter finals! Showing on our huge HD screens, bar is open from 12pm! 🎾🍻 #wimbledon #belushis #berlin

Get down to the bar this Saturday to see the Summer Internationals playing on our huge HD screens & projector! 🎉🏉 #rugbyunion #belushis #berlin

The rooftop vibes are strong! 🔥🍹 drop by for a free drink on us and help us celebrate our 3rd bday! Here ‘til 9pm then after-partying in the Dugout 😉🎉
#belushis #birthday #berlin

THIS FRIDAY! We're so excited to celebrate with you! 😍🎉🎈

It's Burger Monday, but it's also a World Cup Play-off night with Australia v Peru! 🇦🇺🇵🇪 Get in early to enjoy 8€ burgers with fries and watch the game LIVE to see who will be going through to the World Cup! ⚽️🎉 #belushis #burgers #sportsbar #berlin #FIFAWorldCup

The HORN Collective Launch Party is this Friday in The Dugout and you don't want to miss it!! 🚀 2 dance floors will be heating up with some huge headlines 🔥🔥 Snag your tickets on Resident Advisor NOW! #HornCollective #rave #belushis #berlin 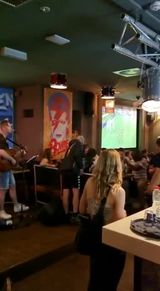 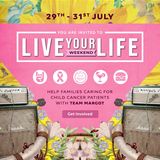 🌻 LIVE YOUR LIFE WEEKEND 2022 🌻 Join us from this Friday for our biggest event of the year! Our weekend long event will be dedicated to celebrating life with our huge parties happening across all our sites. Expect live entertainment, exclusive cocktails, fundraising and more! 🥂 🎉 We'll also be partnering up with Team Margot 🎀 to help raise money to support families caring for child cancer patients. Find out more & book your ticket here 👉🏼 https://bit.ly/3J1ws0a 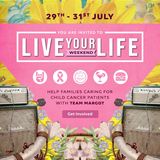 Join us on July 29th for the start of our annual Live Your Life Weekend 🌻 We’ve partnered with Team Margot to raise over £20,000 to support the families of child cancer patients. We’ll be throwing a weekend-long party in every one of our bars across the UK & Europe with live music, fundraising activities and a special cocktail where 100% of the profits will be donated directly to Team Margot. Find out more about Live Your Life Weekend & Team Margot 👉bit.ly/3RFhD7f

The HORN Collective Launch Party is this Friday in The Dugout and you don't want to miss it!! 🚀 2 dance floors will be heating up with some huge headlines 🔥🔥 Snag your tickets on Resident Advisor NOW! #HornCollective #rave #belushis #berlin 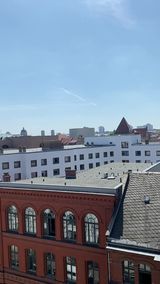 The next installment of THE RAVE IN THE CAVE hits the Dugout next week, Friday 29th April 🎉 Advance tickets available now! #HornEvents #theraveinthecave #belushis #berlin

Belushi’s Berlin Mitte is now open! The bar is the new home to live sports in the German capital and you’ll find us just a short distance from Friedrichstrasse S-Bahn and Hackescher Markt.

Our custom built sports bar features the latest big screen TVs and projectors showcasing the best coverage of international sports in Berlin with everything from football to cricket to a range of Australian, American and European sports.

Every day you’ll also find our 2 for 1 Happy hour drinks after work, our infamous Belushi’s burgers and a range of international and local beers all set to a rock and roll soundtrack. We have events taking place each week at the bar and we also have spaces available for hire for your own private events and parties.

It was awesome to play at my own techno party Chayote in Berlin last night! Such nice audience: thank you for joining us. And many thanks to our DJs: Felix Reichelt- Nachtstroom - Horn-E and Gorgeous George: you all made it happen 🖤. See y’all next time. #Berlin #techno #chayote_event Belushi's Berlin Mitte
This Saturday, I’m playing in a place where my roots as a songwriting performer started: in a local bar! To be exact, Belushi's Berlin Mitte. They have food, cocktails, beer on tap, and live music. I play from 8:30 to 10pm. Entry is free. Some songwriters only like playing at proper music venues where everyone listens. I personally don’t mind playing in noisy bars. I’ve grown an appreciation for both settings. When I first started playing music at 15 years old, all my gigs were in places with locals eating, drinking, talking, and yelling random things at me on stage. I tend to drink through the show and enjoy the vibe, as well. So bring your friends. Get drunk if you want. Be loud. The music will still cut through it all 😊 I promise. This photo is of my brother and friend Bobby Jones playing in a jazz bar in Belleville, Illinois. We called ourselves ‘The Bellevegas Band’. I think I’m 16 here and playing the first guitar I ever owned. It was an Alvarez Guitars, given to me by my dad on Christmas. See you this weekend, Berlin! Come support a local ✌️❤️🥣 . . . . Peace, love, and porridge, Nate . . . . . . #natebernardini #berlinmusic #berlinmusicians #berlinevents #berlinconcerts #berlinbars #berlinmusicscene #berlinsongwriter #berlinlivemusic #liveinberlin #berin
SCHLECHTER SERVICE, unhöfliches Personal, schmutzige Tische.
Keep your eye on the ball for Australia Even if the bush fires in Australia disappeared from the German news, the consequences of this natural disaster wont for a way longer time. The Berlin Crocodiles want to continue collecting donations so that this terrible catastrophe for both, humans and animals won’t be forgotten. Typically Aussie, you are invited to hang out with snacks, cold beer and Footy Tournament (Aussie Rules). The entire profit of the tournament, which takes place Saturday, 07th March 2020 at the Ground at Forckenbeckstr. 20 in 14199 Berlin, goes directly to organization Habitat for Humanity Australia. Happy to see you there or even at our after Party at Belushi's Berlin Mitte the Bar at the new venue in Mitte Ziegelstraße Berlin. Also thanks a lot to our Beer Partner Geschmack braucht keinen Namen for supporting our idea and the families in Australia with the most tasty Beer. Australian Embassy, Berlin AFL Europe Australian Football League Germany (AFLG) Odense Australsk Fodbold BGIF Port Malmö Football Club Polish Devils AFL Hamburg Dockers Australian Football Club Berlin GAA Dresden Wolves
Looking to kickstart your week with some positive, uplifting vibes? Then join Skeleton Brains TONIGHT for another hilarious edition of The Long and Short of It! - English Improv Comedy Grab your friends and join us for a FREE night of laughter and absurdity at Belushi's Berlin Mitte ! Doors @ 19:30, Show @ 20:00!
halloween party tonite?
Are you definitely showing Rangers v Legia Warsaw tonight ?
x