#shadowrun offers many ways to create really unique characters, as this commission of a SURGEd elf with satyr-like legs and devilish horns showcases. I really like the touch of the AR flame between the horns (all in the briefing; I'm just the guy doing the illu). That was a real fun pic to do, esp. since the reference material (a pre-composition of two players/SR enthusiasts into one character in cosplay/nun attire) already was pretty awesome.

So ... before I started doing Digital Artwork I did several pieces in Acrylic and Oil. Since my mother died they have to leave her house (about to be sold) ... any takers? I mean: Yeah, the ones that can be rolled up or put into a folder, null prob, but there are 2 pretty HUGE tripdychons on canvas frames that I don't have any room for ... so ... well ...

New artwork completed: A Yuan-Ti decker wallpaper with quite specific wishes regarding composition and pose. I hope the client likes it - I had great fun doing this.

There is a vote going on about the best #shadowrun artwork of all time, and the fan picks will be published in a poster book.
AND THERE IS ONE PIC BY ME IN IT!!!! (((o_O)))
https://pollunit.com/de/polls/shadowrun-art?page=2
Vote and share, share, shaaaaaaare!!!

Interested in more #shadowrun Art Streams and Talks in ENGLISH? Let me know what you think in the comments.

dasrabenaas went live on Twitch. Catch up on their Art VOD now.

Another day, another experiment: TODAY at 8 pm CET (apparently 2 pm EST, correct me if I'm wrong):

We'll be doing the final elf metavariant (and maybe the first NAGA) for the GENESIS SR character app and talk about anything you want to know (AMA). #shadowrun #artstream

New Streaming "Plan". Because it's better to surprise viewers with an unexpected stream than to frustrate them by cancelling way too often. http://twitch.tv/dasrabenaas

And sorry to emphasize this: But when I started out doing illus for SR, all I was ever any good at doing male trolls and orcs.

I managed to draw up dwarves and norms and elves eventually, to varying degrees of success, but my greatest difficulty was and is drawing women and also catching the skin tone of black people (light behaves quite different on dark skin than on white skin) ...

So this here really is the best "black woman's face" I ever came up with on my own (no photobash, no real reference apart from the headgear/scarf). No need to boast - there are no limits on the level to improve - but I am surprisingly happy with how she turned out.

Fresh from the #artstream: The Wakyambi #metavariant (elf metavariant from South Africa), done of course for the excellent #shadowrun #character #tool #app "Genesis".

If you like, you can support this awesome tool - and the making of ALL the metavariants and metasapients illus for it - here: https://www.patreon.com/rpgframework

Very promising game with art by ... you guessed it: me. Among other cult... artists.

In "Among Cultists" 5-10 investigators of a secret society try to prevent a dark ritual in Miskatonic University. Unfortunately, evil Cultists are already among us! AMONG CULTISTS, inspired by Innersloth’s masterpiece AMONG US.

Fresh from today's artstream on twitch: The satyrs and the first dryad metavariant.

Many thanks für den Support!

2021 was a very challenging year for me on a very personal level. All the more reason to take this moment, on this very special day, and deeply thank all my patreons, clients, supporters, fellow illustrators, co-players and gamemasters, friends and enthusiastic fans of all games big and small out there, and all the wonderful people that do like to take a small step outside of reality every once in a while, esp. when the darker aspects of reality rear their oh-so-many ugly heads. I love you, I thank you and I look forward to making your 2022 a little bit more enjoyable :) 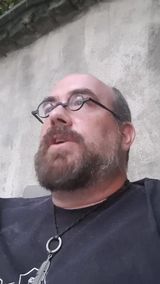 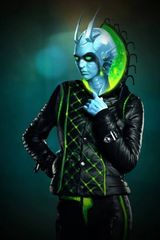 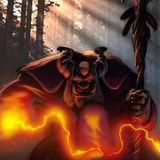 AAS (or Raben-AAS) is a freelance artist from Berlin. He's also an experienced conceptioner/copywriter and content creator for small businesses, international brands, governments and advertisement agencies, a husband and father, a storyteller, a nerd, a former night club owner and one of the few who manages to squeeze out 28 hours out of a 24 hours day.

If you like his art, leave a comment. Or a job request. Until 2017, he has done artwork in his spare time, mostly for roleplaying game publishers.

One day, he would like to live off his artwork and texts. Since April 10th, 2017, this is actually the plan.

He would also like to be able to become invisible, throw cars and turn into a Raven (not necessarily in that order). But that is phase 2.

So far, Clients for his artwork are or have been:

During his 20+ years of working for advertising agencies such as Up Grade GmbH, the Media Consulta Group and CTB, AAS has worked for a broad range of national and international brands (mostly FMCG, i.e. all Coca-Cola brands, Leerdammer, Schultheiss, Berliner Kindl, Schöfferhofer, Herta, funnyfrisch, Chio), the public sector (i.e. the Ministry of Tourism of Egypt and Cuba, the Gründerland Bayern initiative of the Bavarian Ministry of Economic Affairs and Media, the Federal Centre for Health Education (BZgA; Älterwerden in Balance), the European Commission (i.e. European Year for Development, European Delegation to the Philippines, Euraxess) and many more clients both great and very small.