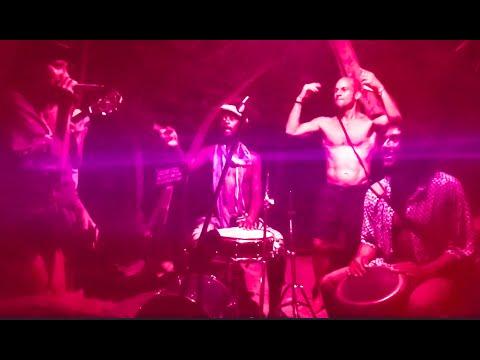 JAMMING "When the wild meets the jungle"

I'd love to hear from you on the comments and it will be super to have you subscribed, the best yet to come is just that great things takes a life time to be ready! ;)

Music is my religion and jamming is my church ceremony where I can truly express myself. Is electrifying come along with musicians from all over the world a...

There are 2 ways I experienced making dreams come true: Luck or making a budget, now in these crazy times of the pandemic, I couldn't throw myself to face my luck you know why, and now my dreams becoming my goals. Sharing what I've been cooking for many years, and a new collection of mandalas that I worked for the last 3 months. Having your collaboration is essential to keeping going until the album is ready. I have great stuff on my Patreon page: Spirited Indiia, also you can get a mandala from this new collection. If I sell 3 Big Mandalas or 9 Medium Mandalas or 12 small mandalas or 33 mini mandalas I can put it out my first EP with 6 tracks. I hope I can account with you #Indiia_ketzal ##mandalas #ojosdedios
#handmade
#handmadewithlove
#lollieisback

Welcome to my world "Mandalas, Music and Storytellings.

Hello Sun Seed Lovers!
After a long period nomading around finally I got a place and I'm producing again, I'm sharing all the news in my first youtube video, It will be super great to have you following me there. ;)
Leave me comment and a like if you enjoy hearing me talking.
Dm if would you like to get any of my new mandalas.
More yet to come!

Mandalas, Music and Storytellings.My Name is Indiia I'm an independent artist from Brazil currently nomad in Mexico. I left my home country 9 years ago and I...

I can't wait to make an even greater art installation soon.
https://valletta2018.org/events/oca-dome-mandala/
;)

The weaving of an Ojos de dios mandala is an ancient meditation, an affirmative connection between body, mind and soul. #ojosdidios #mandalas#handmadewithlove #Indiia_ketzal#gozoisland

Taking one more step forward to make a statement through my art works that we are nothing without our ancestors if one of then was missing in our genealogical tree none of us would be here and more yet to come get in touch. 😉 https://www.instagram.com/p/CGoWpAprTqE/...

Hello Beautiful people around the world, I hope everyone is keeping strong out there, healthy and safe, and I hope soon we are going to have a great time again together on the dance floor. Next time with my live set entirely with autoral tracks. I have been walking on this creative journey by myself with the support of the universe and friends that the universe sent to me. it's all great but and then we all have to face this pandemic crises, and to moving forward and finalize my debut album hopefully until the end of this year I'd love to have you with me. Bellow are the pictures of my latest collection of mandalas with many sizes to fill your taste, some of then are sold out but If you like then I can use the same set of colours to make one exclusive for you, customized to your aura sending you my personal vibrations.
About the creative process to produce this album for the last 3 years having been a great intense journey, and the collaborations with master musicians from Berlin, Mexico and Brazil is exquisite. What I can tell you is this music is to turn up the mood and to dance like there is no tomorrow, similiar sensations from my live sets when we share good times and singing together. It will be great to have your onboard of my crazy journey as creator, while I'll be part of yours sending you my mandalas which is a deep part of me, my time and positive energies. Besides it the meanings of mandalas is to open the ways for dream manifestations, spiritual clarity, and ancentors guidance. I'd point out loads of miracles this mandalas operated in myself but that is subject for another post or video. Pm me your favourite and I'll sending you te sizes. ;)

I stand for myself.

I stand for dreams.

I stand against injustices in this world.

Bag full of mandalas and HD full of new music to share. EXCITING!!
Getting ready to leave Berlin to go to live this great experience on Bummelzug.
Here I come Heidelberg.
Let's make it hot!!!

Hello Shamanic lovers! I put so much work on this mix and having been played all over the summer here in Berlin. I wish you having a great time listening to it as much as I had to mix and perform it! Feed back is the fuel to keep going! ;)

Thank you burn community for the such beautiful initiation and accepting me the way I am with mandalas , indigenous activism and my songs. Here a bit of what happened on my performance on musotopia m

Subscribers on my youtube channel and I gonna share with you some funny stories from my nomad journey!

Such a great time, Thanks to everyone supporting me to gain space to share my music. More yet to come. Subscribe and share with your friends! Let's make it b...

I'm really happy to share this track release my collaboration with Urem, is a proof of resistance for stage equality and my indigenous Afro-Brazilian culture. Enjoy, feed back me and share! ;)
https://soundcloud.com/indiiia/orixa

Is a great honour and pleasure to share this track collaboration with Urem released by hug records. The lyrics expresses my deep desire to see equality on this world, for indigenous women and a tribu

Here we go slow into the flow!!
https://www.residentadvisor.net/events/1301470?fbclid=IwAR2EdCC--ATASOx9hBqcw7nmMiQTYNvlGqf9jj_f1enjAf7eCMtOcVQLTeo

Indiia live performance loophole underground Berlin. Big thank you to passiflora and maracuja radio station. That were a transcendental experience for me, to...

I'm super excited about the next upcoming release " Orixa" and I can't wait to share with the world. Thank you to hug records for the opportunity and Urem to collaborate and making it happen.

Is with extreme pleasure that I'm coming to announce: My second single recording on a vinyl version. I can't wait to hear and to share with you! See you all there at the releasing party 15th of May at Crack Bellmer Berlin.

Wonder Women: If You're Looking For Some New Tunes, This Female-Powered Maltese Playlist Has Got You Covered

Article about Iansa and powerful Maltese artists. Thanks for the shout out! ;)

I'd like to thank you all this beautiful people who supported my journey through music in 2018. I can't wait to tell you what is coming now 2019. Is extremely exciting. 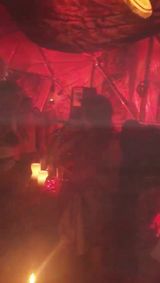 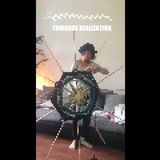 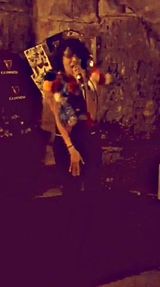 Body, mind and soul of Indiia

Indiia is a singer (rapper) songwriter and music producer. Her music is a multilingual, multi-ethnic harmonically mixed with electronic, shamanic hip hop and Brazilian hypnotic rhythms. It expresses her fascination for tales, myths, philosophy, science and humanity, also her own journey through existence and the contact with people from all over the world, an endless amount of inspirations and narratives.

She left her hometown with 18 years old, following her heart desires and seeking for more dynamic ways to express herself. She faced all the challenging to be a vulnerable little girl in a big town, with all the ups and downs without any support from her family, as they were against that she did that.

She managed to survive to strive and kept the child spirit alive and protected inside, and how she did that is an endless resource of stories to tell on the debut album.

In Sao Paulo she studied Drama and got involved with a collective of artists from Voodoohop and her first performance were in 2011 at of the biggest festival in South American “Parallel Universe”. There she performed to protest against indigenous genocide which still happening in Brazil since the colonisation, and now all the world can see it. Also that is one of the reasons she left Brazil, as they (Politicians and Industries) keeping killing indigenous activists and damaging the rainforest. It stands to reason if she were living there, she would surely be dead as she could not standing to see so much injustices.

Before she begin to producing her music, she played in Malta at several events such as at earth garden, electro lobster and also underground like Blank. During the events she felt the scene were strictly male with too many challenges to endure, and she went to Berlin to learn to produce music and to navigate a way through creative life style, feeding her free spirit, without losing values such as love, friendship and speaking from her mind and walking her own rules. There she found a great environment to build confidence, and performed in traditional night clubs as Kit Kat club and other interesting events and art collectives, including festivals like Fusion, Bucht Der Traumer, Hedone, Slow Tribe and Rebellion Der Traumer, Garbicz festival in Poland, Fabrique á Rêves in Paris, Life festival in Mullingar Ireland.

Currently she is living between Gozo and Berlin, she believes Gozo is the right place to create from the main source of spiritual energy, and also to grow her artistic crafts. Her first single “IANSA” released from tropical twistar syncretise the momentum of self knowledge and her Afro-Brazilian background.

Her second single were produced on collaboration with Urem “ORIXA” released from hug records, and it bridges her experiences about faith, and the utopian idea of how the world would be if we could embrace our differences to make things better, rather than divide, isolate and label everything in little plastic boxes (worlds), and spiritually is the essential reason of the devastation of our mother nature.

Also on her work she points how the modern world is a very challenging space where people are bombarded with information and fake news ending up distracted and lost on the noise, forgetting who we truly are in our original essence. On her live performances her intention is to make people connect with each other and nature, also to remind us that we are divine powerful beings, not just ego materialist consumers.

Thank you for the lovely birthday wishes. I promise to have a great day. If would you like to give me a digital gift,As support me on my endeavours: 1* Make a bandcamp account and following me there: https://indiia.bandcamp.com 2* Make a Soundcloud account and following me there: https://soundcloud.com/indiiia/tracks 3* like my page, share and comment everything I'm doing, if that resonates with you. ;) Updates coming soon. As always I saying the best yet to come with love and care because we all humans looking for to be the best versions of the species .
Amazing :)