Volkswagen ID Buzz: The “flower power” Microbus is back and it’s electric

The legendary Microbus is back 🌼

Two decades of work, concept cars, teasing, testing, and waiting. But it was all worth it – Volkswagen finally unveiled in Paris the revival of the “flower-power” Microbus. And it’s electric!…

Sometime during February 2021, a friend was just leaving my apartment, and I was again looking for something fresh to listen to. Everything was frozen, from the ground up to… SoundCloud. Full lockd…

The Christmas morning of 2021 marks a new chapter in our cosmic history as the day when James Webb Telescope took off from Europe’s Spaceport in French Guiana on a fresh spatial quest. Webb i…

This is how it looks like inside Sun's corona. Parker Solar Probe is the first spacecraft in history to touch the Sun and send us some hot images

NASA’s Parker Solar Probe is the first spacecraft to taste the Sun. It happened last week, and now we can properly enjoy the trespassing of this new cosmic frontier: NASA just made public a 1…

The whole "auto planet" went electric when Toyota announced 15 EVs, including a concept inspired by the legendary Lexus LFA

Once upon a time, there was an underdog sports car, but now it captures the possessive imagination of every respectable automobile enthusiast. I`m talking about the Lexus LFA – a contemporary…

There`s a good possibility you missed one particular performance from a few days ago, at HÖR Berlin, during the Pi Electronics residents show. I am talking about the set played by Alex π / 3.14, on…

Lamborghini Countach, also known as the bedroom wall poster car of the ’80s, is alive again. The new supercar was unveiled at Pebble Beach Concours d’Elegance in California. LPI 800-4 h…

Get ready to feel some refreshing summer vibes emerging directly from your speakers. I`m talking about the latest SPANDAU20 mixtape, with Marcel Fengler as a guest. Lively techno rhythms are skillf…

On The 5th Day – hypnotic techno podcast by Hoedus

The cool breeze of a summer night, an intriguing path through the forest demanding to be explored. A hypnotic adventure is slowly taking shape on rhythms chosen by Hoedus in his podcast for On The …

The two buddies Perseverance and Ingenuity are even taking selfies on Mars. :)

Perseverance, NASA`s most sophisticated rover, is celebrating 100 Martian days (sols) since it landed on the Red Planet, where it is collecting soil samples and all sorts of data in its pursuit for…

Cool music with a noble mission, on the first Dream Baby Dream compilation.

Berlin takes pride in offering a significant number of interesting bars. Dream Baby Dream is one of the youngest in the city, but in a short time, it managed to reach a high level of popularity. So…

B12 creates a great atmospheric Sci-Fi podcast for Dekmantel

Musical vitamins from B12 containing IDM, techno, and braindance.

One of the best podcasts I’ve heard this year comes from the British duo B12. Dekmantel Podcast 331 is an atmospheric odyssey elegantly connected with synths and Sci-Fi electronic sounds. The…

The weather`s finally in a better mood and is bringing along an abundance of good music. Featured here is one excellent set mixed by Noah Skelton for Deep Afterhour. It fits perfectly with the ray …

One small helicopter flight on Mars, one historic step for future space explorations.

NASA’s Ingenuity helicopter made history on Monday morning after completing an experimental flight on Mars. Ingenuity is “the first aircraft in history to make a powered, controlled flight on…

One new super good set was recently played at HÖR, the streaming platform located in Berlin. This time it was one of the artists from the Spandau20 crew. Spandau20 is a project funded by the guys f…

Now, this is how an electric car should look like. Feast your eyes with this new concept car by Hyundai.

Electric cars are currently riding a big wave of popularity, with every respectable car manufacturer producing at least one model. There`s only one problem – the design of most electric cars is sti…

Animation, Mixed Reality, and Virtual Reality will re-imagine ecosystems from 10.000 years ago in an exhibition hosted by Halle am Berghain.

Techno tornado coming from 2002, by Noncompliant

Sometimes tornadoes hit again after two decades of wandering around.

The best techno set I’ve heard in a long while comes from the year… 2002. Noncompliant (DJ Shiva back then) played these super fast beats in a live performance @ Lo (St. Louis, MO / 1-1…

Explore two magic worlds where everyone floats on downtempo beats.

Slow beats should always find their way into any respectable playlist. Especially when they sound as good as the sets featured here: Flight Club №29 by m ë x and L A C U N A C A S T O O 1 // by Las…

After a dramatic, but successful, landing, Perseverance starts sending spectacular color images from the Red Planet.

Curiosity and perseverance always took humanity to exciting destinations. Not so long ago we “conquered” the Moon, and now we’re getting pretty close to walk on Mars. The latest step was made…

In this interview, we also spoke about STAUB, the difficulties faced by an artist in pandemic times, and how Tbilisi became one of the hottest party scenes in the world.

One night in a famous Berlin club, I was sitting down, chillin’ alone, a bit bored and tired. Then a guy wearing a hat sits down next to me. Couldn’t resist asking him something. Next t…

This music will provide good vibes for any moment.

Finding the right music for a certain moment is always a challenge. But it can be even more frustrating when you know what you want and still can`t find it anywhere. Enter Faultierdisko #053 –…

One super cool set happened on Friday at HÖR Berlin. Performing actors were the guys from FJAAK, who managed to set the studio on fire. These words are published on a grey Monday, but listen to the…

Heart failure will no longer be a death sentence.

There is finally hope for patients suffering from irreversible end-stage heart failure. The French company Carmat SA got the green light to sell the first total artificial heart in Europe. Mass pro…

Get ready for a new audiovisual experience by Arent Volten.
The cool visuals are coming from El Jardin de las Delicias.

Arent Volten is already a familiar appearance on unklar.net. The electronic music project has its roots in Mexico City, with Luca Ortega as its creator. This time, the audiovisual journey by Arent …

Note to self №3: Relaxing moments with slow covers

These slow covers will keep us relaxed until the end of 2020.

We’re all in a slow mode now, thanks to the winter holidays. Some relaxing music to enjoy with the family and friends should, therefore, be welcome. note to self №3: under the covers by Lasse…

Prepare your senses for melodic thrills with Borusiade.

A new complex and wonderful story from Borusiade was hosted by Whereabouts Radio just a few days ago. [Dark Entries, Pinkman] is a selection of gloomy tracks, combined with the Borusiade stream sig…

Back with fast rhythms to wake us up from a frozen reality.

Fast rhythms are scarce these days, the whole world seems to be in slow mode. Or in no mood for fast beats, because of the boring apocalypse. That’s why it’s super nice when a…

Something good seems to appear every time human beings experience hard times. It is especially valid with artists and their creations. B – Sides Series 22 is a mix prepared by Peter Kirn, and…

Step out of the comfort musical zone with some dark drone / atmospheric tunes.

Life is moving in a slow surreal pace these days, so the music will naturally follow its lead. Slow doesn’t necessarily mean sad music, au contraire. For example, the downtempo, industrial, a…

Some new special sounds from Quantum Sonics and Partok.

You know that electronic music that sounds very good but you can’t identify its genre? Well, these are the sounds featured weekly on Quantum Sonics, a show hosted by Alex Wolfenden at OpenLab…

We can’t go and enjoy great music in a club anymore, but “the mountain” is coming to us nowadays. Via the almighty Internet, and it’s resourceful users. I’m talking about Etapp Ky…

Rhythms to keep your interior floating.

There is a middle ground in music styles that I’m always looking for. And I bet I’m not the only one. I’m talking about something slow, but not too slow, at the border with sad bu…

Techno is music, and the DJ is officially considered a musician in Germany

Hmm, I wonder what was Techno before?

Techno is finally considered music. I wonder what it was before… It’s not a joke but the decision of the Federal Finance Court of Germany, which officially declared Techno as music and define… 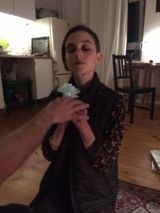