The performance is an homage to the legendary female pilot Amelia Earhart who in 1932, was the first woman to fly single handed across the Atlantic.This fascinating woman has also inspired CRYSTALLE to take flight in a spell-bindingly different way

Crystalle is an international aerial performer, she works around the globe,
learned all her skills on the best "Circus Schools of Paris". The performance "ADAGIO FOR AMELIA" is unique and is a masterful and a brilliant highlight of entertainment.

2022 Amelia Earhart Festival buttons are HERE! You'll be able to find them all around town! Your donations help fund the fabulous fireworks show so when you see the sign, make a donation and wear a button!

Were it not for the First World War, Amelia Earhart's life might have taken a very different course.

Earhart was contemplating studying medicine when she visited her sister, Grace, in Toronto, Ontario, in 1917, and for the first time saw throngs of wounded, maimed soldiers recuperating from horrible experiences at the front.

Earhart decided to volunteer with the Canadian Voluntary Aid Detachment (photograph is of her in her uniform), and began working as a nurse's aid at the Spadina Military Hospital in Toronto.

Her time working with the wounded made two major changes in the course of her life. The first is that she became an avowed and outspoken pacifist. The second would make her a household name.

It was while working at the hospital that she began to meet (as she called them) the "very young and very handsome" military pilots, and she became enthralled with their stories of the excitement of dancing through the clouds and seeing the earth fall away below.

Earhart began spending her free time exploring the airfields around Toronto, which, fortuitously, happened to be the headquarters city for the Royal Canadian Flying Corps.

It was during one of the airshows put on by local pilots that the flying bug took hold of Earhart, and she never looked back. Returning to the United States after the war, she jumped into aviation, and made her mark as an early pioneer.

~*~
"I think that I can attribute my aviation career to what I experienced... in Toronto."

She came across the Atlantic, landed in Derry Northern Ireland

Little Girl Has Adventure Of A Lifetime

Little Girl Has Adventure Of A Lifetime

Courage is the price that life exacts for granting peace.

What a charming lady

"Courage is the price that life exacts for granting peace." - Amelia Earhart

We’re hopeful that this case will get solved at some point. It’s the holy grail; and nothing else comes close. At the end of the day it’s never mattered who’s right or who’s wrong. What matters is that two icons vanished seemingly without a trace leaving their remarkable reputations behind.

Fred Noonan, a titan of navigation and the cornerstone of Pan-am.

And Amelia Earhart. What can be said? If you don’t think she’s an icon, next time you visit Kansas, stop into the birthplace museum in Atchison, and read the constant stream of letters from children all over the world that still arrive to this day.

Another year, another anniversary. Rest In Peace to Fred Noonan and A.E.

A Mighty Girl
20. Mai 2015 ·
Today in Mighty Girl history, Amelia Earhart set off on what would become her record-setting transatlantic solo flight in 1932, earning her recognition as the first woman to fly solo nonstop across the Atlantic. Earhart flew from Harbour Grace, Newfoundland in her Lockheed Vega 5B, and landed, after 14 hours and 56 minutes, in a pasture north of Derry, Northern Ireland. In this historic photo, a crowd cheers as she prepares to depart Ireland for a trip to London on May 22, 1932.
For numerous books for children and teens about Amelia Earhart's fascinating life, including "Night Flight," "I Am Amelia Earhart," and "Amelia to Zora" -- as well as a wonderful doll & biography set -- visit our "Amelia Earhart Collection" at http://www.amightygirl.com/cha.../historical-characters-1...
If your Mighty Girl wants to become a pilot or you'd like to encourage her interest in flight, check out our recent blog post, "Mighty Careers: I Want To Be A Pilot!" for girl-empowering books, toys, and clothing at http://www.amightygirl.com/blog?p=6249
And, for more true stories of women adventurers for children and teens, visit our “Explorers & Adventurers” biography section at http://www.amightygirl.com/.../history.../biography... 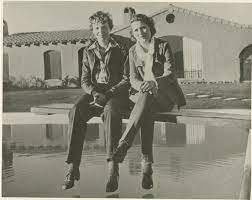 #CincoDeMayo So, what was Amelia Earhart doing on the 5th of May? Well, in 1937, she was spending most of her time for the first 3 weeks of May at Indian Palms on the Jackie Cochran Ranch.

This is the Electra.

What a cool photograph of Amelia Earhart

Ireland to the irish

Meet the Woman Who Taught Amelia Earhart How to Fly

Meet the Woman Who Taught Amelia Earhart How to Fly

For $1 in Liberty bonds per minute in the air, Neta Snook taught Amelia Earhart how to fly.

Hi Cryzzi...Amelia seems to be enjoying herself

To the Birthplace. Today we are celebrating one of Kansas' most unforgettable women who planted the seeds of adventure and empowerment. That woman is none other than the incredible Amelia Earhart. 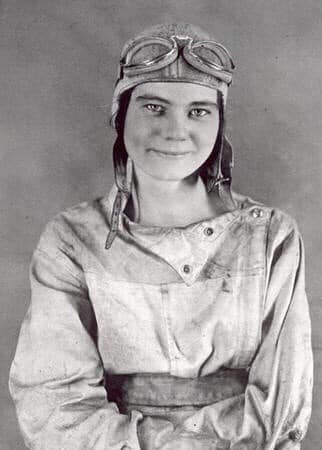 We are so excited that our museum will highlight not only Amelia Earhart but also many other female aviators who came before and after her! Today we are starting a #WomanCrushWednesday series that will recognize different female aviators their accomplishments.

This week’s #WCW is Fay Gillis Wells. Born in 1908, Fay was inspired by Amelia Earhart’s transatlantic flight and pursued a career in flight. In September 1929, she was one of the first women to use a parachute to save her own life, bailing out of an out-of-control airplane over Long Island. This feat earned her membership in the “Caterpillar Club,” an informal organization of people who successfully use parachutes to bail out of aircraft. At the age of 21, Fay worked alongside Amelia to help establish the International Ninety-Nines in November 1929.

Early in her career, she worked for Curtiss Wright Aircraft demonstrating and selling their aircraft across the country. In the 1930s she moved to the Soviet Union with her family. While living there, she became the first woman to pilot a Soviet civil aircraft and the first foreigner to own a glider in the Soviet Union.

One of her lasting accomplishments is the creation of the International Forest of Friendship, a living memorial to worldwide history of aviation and aerospace, located in Atchison, Kansas. It was co-founded by Fay, representing the Ninety-Nines, and Joe Carrigan, representing Atchison, in 1976. She also chaired the first international Ninety-Nines convention and remained a member of the organization until her death in 2002.

Irland to the irish

Amelia Earhart at the Gallagher’s home, Derry, Northern Ireland on completion of her Historic solo Transatlantic flight as the first Woman to make this journey.

A woman who OWNS the skies!

"She never gets tired of the blue sky."

Groundbreaking aviatrix, Amelia Mary Earhart was born in Atchison on July 24, 1897. Amelia became world famous for setting numerous flying records among both men and women. She was the first woman to fly solo across the Atlantic Ocean, the first person to make a non-stop flight from Mexico City to New York, and the first person to make a solo flight from Hawaii to the US mainland, to name just a few. Although Amelia herself never sought out praise for her many accomplishments, the world continues to celebrate her and glean inspiration from her remarkable life. #NationalAviationWeek

From an Irish company: 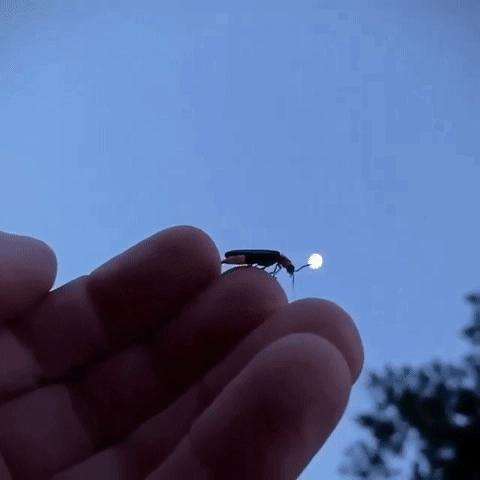 Never get tired of the blue sky and the full moon

On this day in 1963, Soviet cosmonaut Valentina Tereshkova became the first woman in space, piloting Vostok 6. 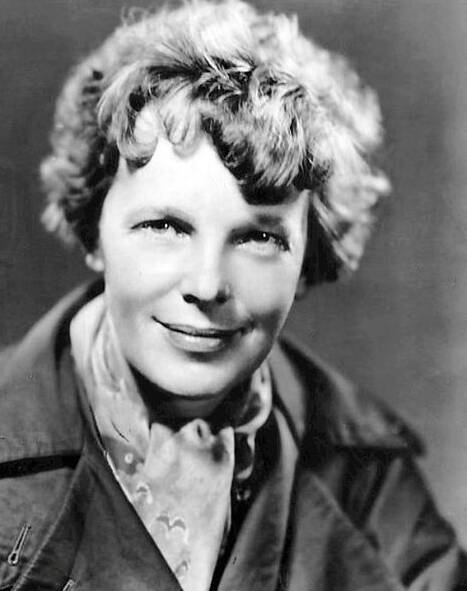 On this date in 1928, Amelia Earhart embarked on a trans-Atlantic flight from Newfoundland to Wales with pilots Wilmer Stultz and Louis Gordon, becoming the first woman to make the trip as a passenger.

Welcome to the biggest FB page for Cinematography !!

A spokesman for Clars Auction Gallery says the winning bid for the set of 1920s Luxor aviator goggles with a cracked left lens was $17,775.

Nachricht an Adagio for Amelia senden: 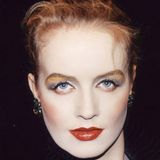 ...excerpt from ADAGIO FOR AMELIA