Picture, Commercial & Stage Productions with Unique Character At Personae Entertainment, we're all about putting the best image forward when setting the stage for narrative storytelling and getting your company's marketing message excitingly communicated.

Why"excitingly"? Because we believe that communication should be exciting, enthralling, captivating and intriguing. We LOVE to create and entertain—whether it be for the stage, screen, or page—so much so that we've started a business with creating multifaceted and captivating entertainment at heart. Thus, we partner with our clients to creatively produce, develop and direct the most focused and re

Why"excitingly"? Because we believe that communication should be exciting, enthralling, captivating and intriguing. We LOVE to create and entertain—whether it be for the stage, screen, or page—so much so that we've started a business with creating multifaceted and captivating entertainment at heart. Thus, we partner with our clients to creatively produce, develop and direct the most focused and re

Why Megan From Plan B Looks So Familiar

“Darcy" does a great job of portraying the perspectives of both Darcy and Luke, while also making it clear that Darcy is the protagonist, and Luke's attraction to her is definitely pedophilia. While Darcy believes it to be actual love, the film doesn't romanticize the harmful relationship like other movies such as "Lolita" are accused of doing. "Darcy" explores issues of poverty, sexual abuse, and a failing justice and infrastructure system, as Birney's character is raised in this harsh situation that she has no idea how to get out of. The coming of age film was released at festivals back in 2017, but finally found wider distribution with HerFlix in 2020.”

Gus Birney plays the character Megan in the new coming of age comedy Plan B on Hulu. Here's where you've likely seen the young actress on-screen before.

Team Love & Vodka is launching a NEWSLETTER! Sign up for more exclusive access to the film (psst - you won't see this on socials...) Follow us on social, too! FB: https://www.facebook.com/LoveAndVodkaMovie IG: @loveandvodkamovie

Where will our Love & Vodka Movie postcard go to next?

What’s more #romantic than a stroll in a horse drawn carriage through the park? The @love & vodka movie postcard is continuing its journey through #nyc! Who would you take on a ride?

Our short film Keep Your Head Up, Sweet Pea has been accepted into the Vienna International Film Awards !!!

@Love & Vodka Movie does #centralpark in #nyc! Loving all thé fall foliage and how well it goes with our postcard colors 😉

Ukrainian graphic artist born in the small town Kaharlyk in the Kyiv oblast; died in Lviv. Known for his etchings and linocuts based on the works of Ivan Franko, Lesia Ukrainka, and Vasyl Stefanyk. Beznisko had many solo and group exhibitions. He also authored portraits of notable cultural and civic leaders of Ukraine and designed the Yurii Drohobych monument in Drohobych city (1999). His other important works include mosaics at the memorial cemetery on the Makivka Mountain (1999) and in the Memorial Chapel of Zolochiv Castle, dedicated to the victims of NKVD (1995). Beznisko was honored with the "People's Artist of Ukraine" title in 2013 and awarded the Shevchenko Prize in 2006. His artworks are in the collections of museums in the US, Argentina, Canada, and France.

One more great honor and pitching competition experience for our next film on the slate: Love & Vodka Movie

Love & Vodka Movie is on the move! Our postcard looks great against the backdrop of Washington Square Park in #nyc!

Did you know there's a huge Ukrainian-American diaspora in US? In NYC alone, there's a whole neighborhood, conveniently located in the East Village, that's been a hub of Ukrainian culture for decades.

One staple of the neighborhood is Veselka :: Beceлкa a place to get beautifully authentic Eastern European food since 1954. Check out their vareniki (pierogi)!

Let us know how your city was influenced by Ukrainian-Americans in the comments below!

Personae Entertainment #producer#director Eli Meissner with #castingdirector #carolinesinclair in #NYC to discuss #casting choices and strategies for our next #indiafeature Love & Vodka Movie!

We’ve been scouting out #vodkabrands while doing some #behindthescenes research on Love & Vodka Movie.

Which one is YOUR favorite?


Expand your liquor collection with vodka from one of these best brands, specializing in this neutral and versatile spirit.

It’s not too late to catch Keep Your Head Up, Sweet Pea and a whole bunch of other great films!!!!

THE NEWS IS FINALLY HERE!

Team @loveandvodkamovie will be attending the @hhmfest @seedandspark @freepfilmfestival 2021 Crowdfunding Rally in Bay City, MI! We'll be pitching @loveandvodkamovie at the event and we can't wait to share the story with the audience.

Check out this awesome graphic for the event and don't forget to go to Love & Vodka's @seedandspark campaign and give us a FOLLOW to stay up to date and to propel our campaign forward!

We are so thrilled to announce that our next big #featurefilm project, Love & Vodka Movie, is going to pitch for Seed&Spark #crowdfunding this Saturday!
More news soon!

Keep Your Head Up, Sweet Pea we have #liftoff!

Get your festival pass and see Keep Your Head Up, Sweet Pea and other great films screening at the ZShorts International Film Festival !!!

Only 2 hours left until the Q&A with mother-daughter filmmaking power duo @heidiphilipsen and @sophieelisemeissner!

Register for the Q&A and catch @personaeentertainment's @darcymovie and @keepyourheadupsweetpeamovie at the link in bio!

Only 2 hours left until the Q&A with mother-daughter filmmaking power duo @heidiphilipsen and @sophieelisemeissner!

Register for the Q&A and catch @personaeentertainment's @darcymovie and @keepyourheadupsweetpeamovie at the link in bio!

@personaeentertainment’s @darcymovie and @keepyourheadupsweetpeamovie are still available online for just $2 for non-members! That's two award-winning films for less than a cup of coffee


Tune in tomorrow at 5 pm to attend a Q&A session with filmmaking mother-daughter power duo @heidiphilipsen and @sophieelisemeissner!

TODAY IS THE DAY! Check out this early poster for @personaeentertainment’s @darcymovie and check out the film itself in a @nywift double feature Member Screening with @keepyourheadupsweetpeamovie!

Make sure to stick around to attend the Q&A with mother-daughter filmmaking power duo @sophieelisemeissner and @heidiphilipsen on August 16th!

TODAY IS THE DAY!
Link in bio to watch @personaeentertainment’s @keepyourheadupsweetpeamovie and @darcymovie at the @nywift double feature Member Screening!

Stick around to see the Q&A with mother-daughter filmmaking power duo @sophieelisemeissner and @heidiphilipsen on the 16th!

ONE DAY MORE! Check out this amazing @nywift promotional graphic for the double feature Member Screening of @personaeentertainment's @darcymovie and @keepyourheadupsweetpeamovie!

Register now to access both films August 12th-16th and attend a Q&A with filmmaking mother-daughter power duo @sophieelisemeissner and @heidiphilipsen!

ONE DAY MORE! Check out this amazing @nywift promotional graphic for the double feature Member Screening of @personaeentertainment's @darcymovie and @keepyourheadupsweetpeamovie!

Register now to access both films August 12th-16th and attend a Q&A with filmmaking mother-daughter power duo @sophieelisemeissner and @heidiphilipsen!

We spoke to Actress Paulina Singer about her take on her character "Twinkle" and what playing it meant for her in the larger context of social activism and promoting awareness about what it takes to lift up the disenfranchised of society. A very timely conversation -- check it out. Thank you for your continued support of DARCY - available for free streaming via #herflix until May 31st.

#Darcymovie Outtakes via Personae Entertainment What was the FIRST scene that Actresses Gus Birney and Bernadette Quigley had together? Watch this fun interview with corresponding scenes from the film to find out! #indiefilm #supportindiefilm #setlife #filmmaker #actresslife #filmmaking #outtakes #producerlife #filminterviews

We are only two days way from @darcymovie and it’s FREE #virtual #cinema #screening #party on @herflixtv And we have another #teaser #film #clip for you to give you that #sneakpeek you’ve been waiting for. Check out #actor @johnnytchai and @zyplyn - what’s it about? You’re just going to have to check out #darcymovie to find out. May 26th through May 31st. www.herflix.com

Personae Entertainment is proud to sponsor nearly one whole week of free streaming of Darcy on #herflix - May 26th to May 31st. Only 3 days away... Check out this clip (with lead and rising star actress Gus Birney) and write those dates down! We look forward to having you join us. www.herflix.com #Darcymovie #indiefilm #virtualwatchparty

4 days to go - Introducing fabulous #actors Paulina Singer and Wayne Pyle in a small scene clip from Darcy (is it getting HOT in here?). Check it out and head to www.herflix.com between May 26th and May 31st to stream for free! 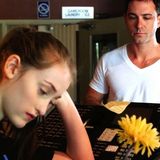 Official Trailer, "This is Nowhere"

Less than two hours to go on our Seed&Spark post-production #crowdfunding campaign for This is Nowhere - the feature we developed and now have in post. If you have the time and the muse, please contribute: www.seedandspark.com/studio/this-nowhere

Personae Entertainment would like to thank MPI for its generosity toward its first feature, "This is Nowhere." Thank you!