Words like "uncompromising" get tossed around a lot when talking about music, but Patrick DSP is the real deal. No matter the current techno trends, his style has remained energetic, raw, and powerful throughout the years. Standing in front of a sound system while he works the decks is like standing in front of a moving train: it might hurt a little, but you won't forget it. From his DJing to his

Words like "uncompromising" get tossed around a lot when talking about music, but Patrick DSP is the real deal. No matter the current techno trends, his style has remained energetic, raw, and powerful throughout the years. Standing in front of a sound system while he works the decks is like standing in front of a moving train: it might hurt a little, but you won't forget it. From his DJing to his

DJ Noncompliant recently updated my DJ biography after over a decade of using the same one. It's fresh, relevant and honest. I always find it difficult to talk about my accolades, especially after 25 years of djing. She's known me for quite some time now and put it in better words than I could have ever chosen.

"Words like “uncompromising” get tossed around a lot when talking about music, but Patrick DSP is the real deal. No matter the current techno trends, his style has remained energetic, raw, and powerful throughout the years. Standing in front of a sound system while he works the decks is like standing in front of a moving train: it might hurt a little, but you won’t forget it. From his DJing to his production, there is a raw drive to the music and the man behind it that never stops.

Patrick started spinning records at underground raves in Canada in 1996 and quickly found himself making the music that had drawn him to DJing. Music production was a window into sonic exploration and new music technologies that led him to create everything from film scores to his signature pounding techno sounds. As he honed his skills, he also took time to teach others how to make music, giving advice and teaching classes on music production.

His extensive discography includes releases on seminal labels like Glenn Wilson’s Heroes, Dave the Drummer’s Hydraulix, DJ T-1000’s Pure Sonik, DJ Rush’s Kne’ Deep, and the legendary Djax-Up Beats. His production style is inspired by his DJing: tight and thumping with a high level of energy and drive. Working with so many techno greats led him to many collaborations as well, including a collaboration with Miss Djax on the stellar “Techno Crusaders” album.

After relocating to Berlin, Patrick parlayed his hard work and dedication to his craft into mastering music for other artists, eventually opening Neptune Mastering in Berlin. As an engineer with an intimate knowledge of dance music sound systems and culture, he understands how critical it is to make a record hit hard on a dance floor.

With those kinds of bona fides, it is no surprise that he has DJed so many legendary events worldwide, spanning massive festivals like Germany’s famous Love Parade, Amsterdam Dance Event, MayDay, and Awakenings, to clubs like Madrid’s Fabrik, and Tresor Berlin.

Whether as a DJ, producer, engineer, or just a guy who loves techno, Patrick DSP has dedicated his time and energy to techno. He’s stayed true to the sound he loves the most, and whether you’re listening to a record he’s made or having your hair blasted back by one of his blistering DJ sets, you know he’s not holding anything back. It’s full-on, it’s charging, and it’s real."

“In my opinion, DJs are currently perceived too much via social media. It is no longer the music that counts, but the talent of a DJ or a producer. If a DJ has a lot of clicks and followers, he/she will be booked regardless of his talent. Some DJs have become famous because of their social media appearances and not because of their real connection to the music, which I find very sad.”
https://www.fazemag.de/monika-kruse-kritisiert-social-media-djs/ 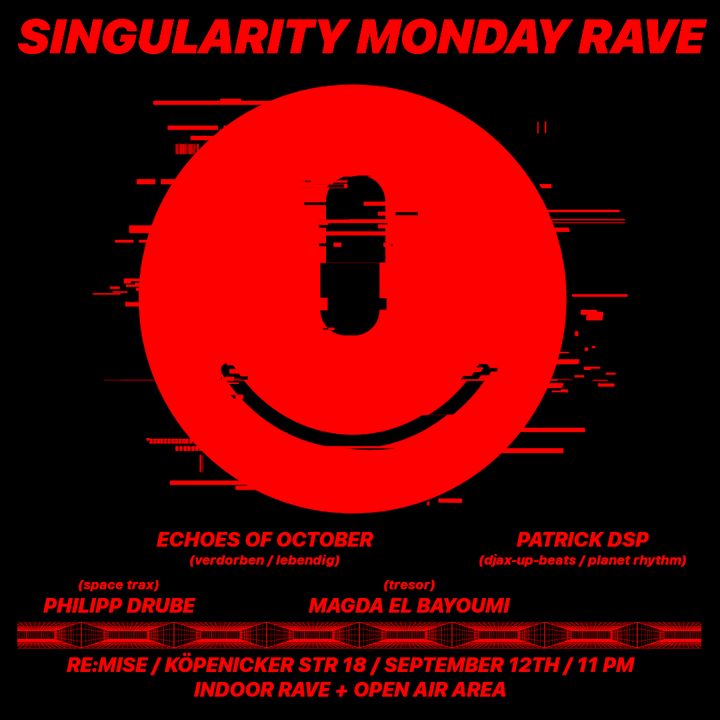 Happy to receive this book from this morning. A fantastic addition to any techno lover’s library. Oh and happy 9.09 day too

I’m excited to join Dual Booking’s roaster along with these talented & diverse artists. Get in touch with them for all your techno wants & needs.
You can also catch me playing a closing set this Monday (Tuesday morning) at .berlin
Keep bangin’
-P.DSP

After dealing with a recent fake SanDisk USB scam as my backup DJ medium, I decided to just use another set of what I usually use; the Samsung BAR Plus. They're a solid metal design that I haven't been able to bend yet. I get 80Mb write & 300Mb read speeds (slightly less than what's advertised), but still blindingly fast when building with Rekordbox and of course on CDJs. No plastic bits or moving parts and very small. Grab a set if you see them around.

Mobile phone charms help tell them apart in the dark too. 😉

New mix time! Another two hours of techno weaponry for you to wrap your ears around. Loads of class tunes from some of my favourite artists at the minute.

First mix I've recorded since January so it had to be at least 2 hours long. Lots of techno weaponry on this one, i think i managed around 40 odd tracks in total. Quick mixing, some fu***ng around two

Changed up my dj effects setup recently and let go of this awesome reverb/delay combo.

Had a blast this morning playing across town at ABOUT BLANK, then running into these gents. (Sterling Moss, Chris Liberator, Ismus)

c ya'll tomorrow at the best club in berlin

Closing out the night at .blank.berlin this weekend

Back home from closing out a gig @ re:mise tonight. Really young and energetic crowd! Surprisingly, I managed to knock out a full night of sleep beforehand which is rare for me. Although, it’s probably too early to order a pizza or a burger. Sigh. Life is tough. Back when I used to close out Kresh & Robbie’s ambient night on CHIN FM, we used to hit up Fran’s diner in Toronto in the mornings. Berlin needs a 24/7 greasy spoon diner.

See you tonight at Re:mise!

Brilliant night on Friday at FOLD, great to see everyone and be a part of the legendary Cluster label reaching it's monumental 100th release.

The vinyl wil be around soon so I hear.

Thanks to Sterling Moss for superb organising as always, Chris Liberator for being my partner in crime for a great little B2B session at the end ( it wasn't long enough ) and Aaron Liberator for tirelessly running the label with Chris ( and Julian ) all these years ALNA Patrick DSP Jeff Amadeus, Lockhart and Kim Kosmix for playing great sets and to everyone at Fold, James, Mihai, Lasha and crew for being great as always. Love to you all.

As usual no pics allowed so here is a pic of an old drum machine which was last used my DJ Mudbank on his global tour of the worlds dirtiest venues.

Had an amazing time in London.
Thanks again Chris Liberator, Sterling Moss, Aaron Liberator & co. for everything.

Massive thanks to everyone who came to FOLD X STAY FOREVER : CLUSTER 100 on Friday!

Brilliant sets from ALNA, Chris Liberator & D.A.V.E. The Drummer B2B, Jeff Amadeus, Kim Cosmik, Lockhart, Patrick DSP and Shredder (The Geezer). Plus it was great fun to play back to back with Aaron Liberator 🚀

It’s a lot of work to bring these events together, but so rewarding to see everyone ‘avin it once we’re all in the same room 😊

Big thanks to Lasha, James, Mihai, David, Martin and everyone else at FOLD - it’s an absolute pleasure to work with such an amazing crew in one of the best venues around.

Now in the Sound Lab with Patrick DSP before he heads back to Berlin tomorrow, no time for being serious after a very long weekend…

Join the London crew next week for Rebel Alliance Sunday Social at Ridley Road Social Club on Sunday 24th July, then Rebel Alliance in Belfast with Backlash on Saturday 30th July, in a secret location 🔥

See you tonight at Fold with the Stay Up Forever gang!

PATRICK DSP IS IN LONDON!!!

I’m excited to be on the FOLD X STAY UP FOREVER: CLUSTER 100 lineup! Full of great friends & proud to call them my peers for a few decades now! Our roots run deep & there's acid in our veins.

Don’t miss out on this monumental celebration of London techno!

Don’t miss out on this monumental celebration of London techno!

Wow FESTIVAL ASTROPOLIS was BIG on Saturday night! Set in the grounds of a castle type location, it was a seriously cool space for a party, plus a great honour to be asked by Manu Le Malin to play on the stage he curated. Also loads of fun playing back to back with Chris Liberator 🔥 Big thanks to Manu who played an amazing set, plus all the Astropolis family and finally Simon & Caro for the transportation 🚀

Friday was fantastic at Tramunfest on the Toxik stage playing as The Wipeouts with Chris & Aaron Liberator - we had so much fun wiping out 🏄‍♂️ Massive thanks to Mark, Koko and the rest of the Toxik crew ✊🏼

Hope to see some of you on the dancefloor at FOLD for some techno mischief this Friday! 🌟

Getting some acid ready for London next week!

Come celebrate Dream Baby Dream’s 4th anniversary (and Canada Day July 1st) this Friday!
I’ll be playing a special set of post punk, industrial & alt for this one alongside some other great artists and friends.

My friend Patrick DSP captured this photo under the sun 🙏 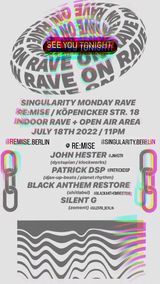 See you tonight at Re:mise!

Getting some acid ready for London next week!

Shout out to all the light techs around the world making it happen with what they have. 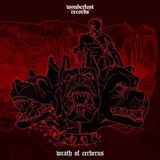 Happy Halloween everyone! Here’s a brand new track premier to make your weekend! "Up next on 'Wrath of Cerberus' is the legendary Patrick DSP with the absolute banger 'Self Fulfilling Prophecy', premiering on the Obscuur YouTube and MOTZ Soundcloud. Patrick DSP has been smashing sound systems around the world for several decades on three decks. Starting in his native Canada and finally landing himself in Berlin, where he currently resides. Beginning his campaign of techno in the mid 90s in Toronto, soon delved into the production side of things, and eventually mastering. A quick study in the technical realm, the fast found himself working with renowned labels such as Kne’ Deep Records and DJAX Up Beats, providing mastering, production and remixes for various labels, all the while building his repertoire of twisted pristine sounds. In between jumping from Canada, to Brazil, to Berlin, Patrick managed to expand his abilities, not only making music from film scores to blistering techno, but also using his mastery of production to teach others their way around a studio, giving classes and lectures around the world. Never one to rest on his laurels, he was also performing across Europe, South America and North America, spreading his techno sound from intimate local clubs to festivals such as the Love Parade in Germany, ADE, MayDay, Awakenings, Fabrik, Tresor and many more. His musical skills, along with his diverse range of technical ability, have not only resulted in an impressive discography of international releases, but have also allowed him to collaborate with some of the most talented names in techno, earning him the reputation of a true techno stalwart." YouTube - https://www.youtube.com/watch?v=jk8KaG9fgEc Soundcloud - https://soundcloud.com/motztechno/premiere-patrick-dsp-self-fulfilling-prophecy WLR001 - Wrath of Cerberus - Out November 6th 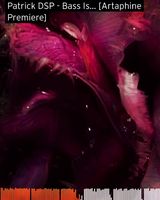 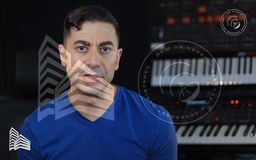 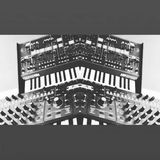 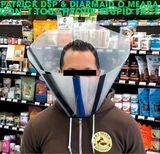 The Reutz Mod on a Proco Rat distortion pedal