Welcome to the official page of Her Majesty's Theatre, Melbourne.

'LIKE' us and keep up to date with all the latest news on current and upcoming productions and don't forget to join Friends Of The Maj, details on our website.

Her Majesty's Theatre, one of Melbourne's most iconic venues for live performance, has been entertaining Australia since 1886. Over the past 130 years, HMT has been the home to all Melbourne’s great musicals, as well as presenting opera, ballet, plays and concerts. To add that special something to your visit, HMT has elegantly appointed private rooms and catering options available for anywhere fro

Her Majesty's Theatre, one of Melbourne's most iconic venues for live performance, has been entertaining Australia since 1886. Over the past 130 years, HMT has been the home to all Melbourne’s great musicals, as well as presenting opera, ballet, plays and concerts. To add that special something to your visit, HMT has elegantly appointed private rooms and catering options available for anywhere fro

with .repost
・・・
Melbourne, it's your turn to step in time for tickets! ☂️✨

Her Majestys Theatre wish to pay their deepest respects and condolences to the royal family as well as the people of the United Kingdom, Australia and the other realms of the Commonwealth .
We are so grateful to have been able to witness Her Majestys steadfast and tireless leadership of her people and the legacy she leaves behind being the longest reigning British monarch in history after 70 years of service to her people.
Vale Queen Elizabeth II


Swings & Standbys…. We get the job done.
Proud to take to the stage next to these hard working swings and standbys today (and those not on stage but working just as hard).
Swinging a show is not an easy job but this lot get up, know their sh*t and do it all while looking hot as hell. ⁣
.⁣
.⁣
.⁣
.⁣
.⁣

The wind must’ve changed 💨☂️
We have some supercalifragilistic news! Australia’s favourite nanny will be flying into Melbourne’s Her Majesty’s Theatre 29 January, 2023 for a strictly limited season! Make sure you’re signed up to waitlist to be first in line for tickets when they go on pre-sale Monday 12 September!

“I'm gonna tell you the truth
-not that the truth really matters-
But, I'm gonna tell ya anyways..”
.
.
.
SHARON MILLERCHIP as ROXIE
CHICAGO The Musical
Her Majesty’s Theatre 2009
.
.
.

and know how to serve face for a selfie 😍📸

But I need your love, to keep away the cold 🖤❤️🖤
A little throwback to the 1957 production of “The Pajama Game” with all the glossy fosse one can offer 👏

Melbourne Auslan and audio described perfromances are now on sale 🙌🏻

💃🕺🪩
has had many faces over the years, we love to take a moment to look back occasionally 😍
.
.
.

Evie Hayes as Annie Oakley in the J.C. Williamson production of ANNIE GET YOUR GUN, 1950 at
⭐️A fun fact- if you are seated in the grand circle and look at the photos in the grand foyer you’ll see photos from this production on the walls 👏
📸
.
.
.
.

Check it out ⭐️

$70* Grand Circle seats on Tuesday to Thursday evenings in August.

See you at Her Majesty’s Theatre!

If I'm a monster, then it's true
There's only one thing that's left for me to do
But before I fade to white
I'll do all that I can to make things right
❄️❄️❄️

Bunty Turner as Elizabeth Doolittle in the original Australian production of "My Fair Lady" in 1959. Thanks so much to for this gem 💎💎💎
Be sure to check them out and give them some love 💕💕💕
.
.
.
.

The Pajama Game programme from 1957 which opened February 2nd 1957 at . The first American musical In Australia to feature an all Australian cast. Starring Toni Lamond and William Newman as the leading roles of Babe and Sid.⁠
Thanks so much to for this wonderful
Check them out if you haven’t yet!⁠
.⁠
.⁠
.⁠
.⁠
⁠

Hey , if you’re looking for the best seats at Her Majesty’s Theatre, go straight to mid-week evenings.👏

If a weekend performance is more your style, don’t wait too long to book. They’re selling fast!

“No one really knows how the game is played
The art of the trade”👏
LYNDON WATTS as AARON BURR
Hamilton the Musical
Her Majesty’s Theatre 2022
.
.
.
.

Heads up - There are great seats available this month, if you’re looking for date night ideas!
.
.
.

Be the first to know and let us send you an email when Her Majesty's Theatre Melbourne posts news and promotions. Your email address will not be used for any other purpose, and you can unsubscribe at any time.

Send a message to Her Majesty's Theatre Melbourne: 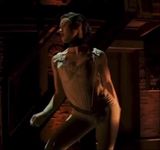 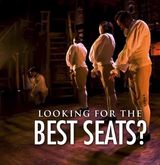 Hey #Hamilfans, if you’re looking for the best seats at Her Majesty’s Theatre, go straight to mid-week evenings.👏 If a weekend performance is more your style, don’t wait too long to book. They’re selling fast! #HamiltonAU @hamiltonaustralia @eastendtheatre 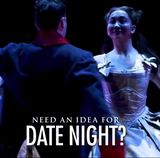 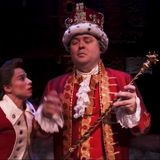 It’s been a while since we’ve done a throwback and what better way to get through the midweek blues? “It’s a Hard Knock Life” from ANNIE (1978) ANNIE first opened at @hmt_melb on 25 October 1978 starring Sally Bourne as Annie. The production also stared Jill Perryman as Miss Hannigan, Hayes Gordon as Oliver Warbucks, Anne Grigg as Grace Farrell, Kevan Johnston as Rooster, and Nancye Hayes as Lily St. Regis. Did you see this production? Please share some of your favourite memories! Thanks so much to our friends at @broadwayinaustralia for this gem! Have you checked out their Insta? You certainly should! It’s a time capsule of Australian Music Theatre history and we love it❤️❤️❤️ . . . . #annie #anniemusical #1978 #melbourne #musicals #musicaltheatre #theatreinaustralia #hayesgordon #eastendtheatredistrict #hermajestystheatremelbourne

You heard right #Hamilfans! This Tuesday 22 March, Australia’s first and only #HAM4HAM at Her Majesty’s Theatre! The entire cast will be performing a very special number put together by the one and only Alex Lacamoire, to help celebrate HAMILTON opening in this beautiful city! The performance will take place out the front of Her Majesty’s, with a 10.00am arrival, for a 10.15am start! The event won’t run too long, so grab a glorious Melbourne morning coffee, come on down and tell your boss or teacher, you’ll be a little late that day! HAMILTON Australia will also be giving away 25 x double passes to the official Melbourne Opening Night on Thursday 24 March. To be in the running, simply take your best #Hamilfan photo at Australia’s first #Ham4Ham, post it to Instagram and tag @hamiltonaustralia, along with the hashtags #HamiltonAU and #Ham4Ham. 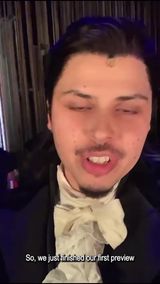 So, about last night! @jasonarrow Melbourne, we can’t wait to have you in the room with us. #hermajestysmelbourne #hmt #hamiltonau #eastendtheatredistrict 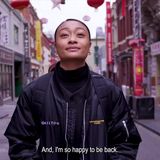 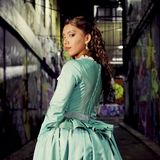 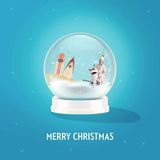 Tell the guards to open up the gates! The media got a special sneak peek at Frozen on Thursday. We’re so excited to welcome even more people to Arendelle and play to a full house at Her Majesty's Theatre. 💙☃️ #FrozenAus 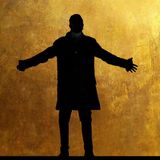 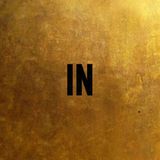 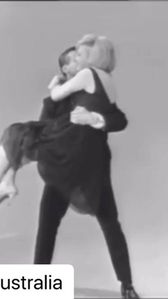 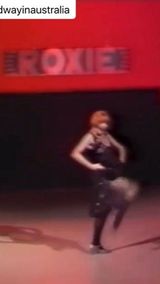 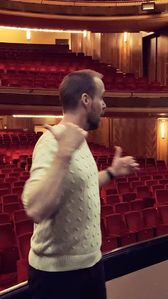 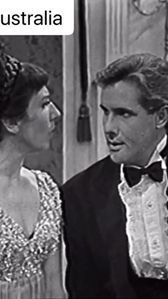 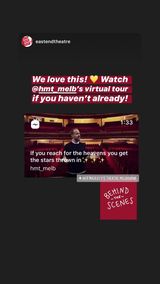 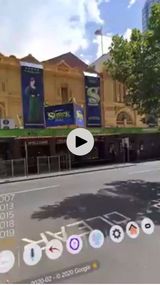 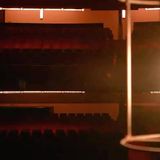 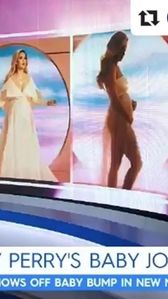 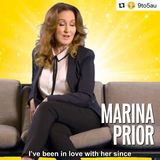 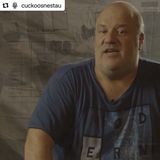 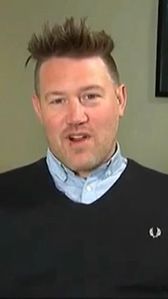 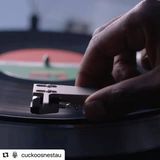 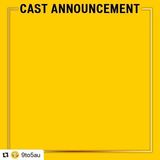 Other Theaters in Melbourne

I'm curious.... will Her Majesty's be changing to His Majesty's like many theatres across the UK?
Last week, our Senior School Drama Club students and Performing Arts Leaders were able to see a special performance of , the Musical at Her Majesty's Theatre Melbourne . The students loved the performance and were also invited to a special Q and A session with all the actors, after the show.

We're so grateful for these opportunities for our remarkable SMBG Students!

We have some supercalifragilistic news! Mary Poppins will be flying into Melbourne’s Her Majesty's Theatre 29 January 2023 for a strictly limited season! Sign up to the waitlist at www.marypoppinsmusical.com.au to be first in line for tickets when they go on pre-sale Monday 12 September!
Grant Dale Stage door
Her Majesty's theatre 1986 GUYS AND DOLLS .
📍 Our perfect Melbourne location is calling your name 🎶

❤️ STAY with US in the heart of the CBD, opposite Flagstaff Gardens, with the BEST of the on our doorstep! 🫶

STAY & PLAY in the ❤️ of the Melbourne CBD with US‼️

I am not throwin’ away my shot.

Good advice from Alexander Hamilton when it comes to serving in Pickleball as a beginner. Just aim to get it in, nothing fancy and then enjoy the rally – shot after shot.

It is with the support of our community that we are able to explore stories in this way, uncovering curious tales & lesser-known aspects of Melbourne's history.
https://curiosity-2022.raisely.com

Tap the link for tickets:
https://www.jewishmuseum.com.au/events/jewish-chinatown-walk/

📷 Her Majesty's Theatre, Melbourne. c. 1914. Courtesy of the State Library Victoria Collection H22987.
Wet streets captured outside of Her Majesty's Theatre Melbourne playing Hamilton Australia ✨ We loved both of these pictures so much that we couldn't choose between them, which one is your favourite? ☂️

❤️ STAY with US in the heart of the CBD opposite Flagstaff Gardens & only...

🚨BOOK your STAY DIRECT with US NOW!...

The wait is over! The Tony®, Grammy®, Olivier and Pulitzer Prize winning musical has arrived in Melbourne!

New performances for HAMILTON are now on sale and you can now book tickets for performances from Tuesday 16 August 2022 through to Sunday 18 September 2022.

History is happening at Her Majesty's Theatre Melbourne.

🎟️ Don’t miss out! https://bit.ly/HAMILDAI21
"It can be daunting to step into the period-correct boots and corsets of characters made famous by such a strong Broadway cast, but the Australian company of Hamilton steps up to the plate and then some."

Other Theaters in Melbourne (show all)