Howdy folks!
Some changes from us at Pony Music
We will be extending our operating hours from 10am-6pm to 10am-7:30pm from Tuesday to Friday.

And as of the 15/06/22 our rates for our rehearsals will be increasing from $77 to $85 BEAT THE PRICE RISE NOW by locking in your next 5 dates at $77 a session before the price increase.

(rates will be honoured with payment paid in full upon booking)

Celebrating 50 years of Valencia guitars.
We’ve had the pleasure of seeing these guitars be someone’s first guitar to someone’s 49th guitar.

Sometimes photos doesn’t do some instruments justice but the @matonguitars s808 is one of those instruments that needs to be heard in person.

But for now here’s (not) wonderwall.

Folks, The maton s808 needs no introduction.
We’ve got one these beauties in store under consignment.

It's that time of year when we get to go a little crazy.

And the consignment items keep on coming!
We’ve got this beautiful Ibanez FR420 in on consignment.

We know Gibson
We love Gibson
And we’ve got this Gibson 120th anniversary SG Bass on consignment here at pony.

Mozztronics has dropped off a number of rat style pedals into pony dubbed the bandicota.
How do they compare to the original, you ask?
We’ll we’ve got a couple in store so come down and try them out!

The fabled rickenbacker.
We’ve seen them on stage with the likes of John Lennon, Tom Petty and many more legends.
We now have this well loved 360 rickenbacker on consignment here at pony music!

We aren’t done yet, we’ve got the Yamaha RBX374 up for grabs.
Sleek, punchy and you know what they say about red cars?

Consignment week this week!
Showing you guys some of the goodies we have up for grabs.

Don’t we love new stock?
Well we landed Cole Clark Guitars to our collection and we couldn’t be any more happier!

Come down and try them out for yourselves!

You know the name, now come try them out for yourself here at pony music!

Which strymon pedal have you been eyeing off?
Mine has been the Mobius!

There’s only one way to play a Marshall amp and that’s loud.

After something closer to home?
We got in this outstanding Pre Loved Metro drum kit.
All Australian made and made to hit all of Australia.
Loud, punchy and will knock socks in most pubs.

Drive pedals, you can’t get enough of them and they’re an obsession, speaking of obsession have you met the OCD?
Lots of spank and sparkly with enough grit and drive to achieve many tonal options.

The PRS SE Silver Sky electric guitar brings the look feel and tone of the USA made Silver Sky but at an affordable price.

What tuning would be suitable for the Oceanside Green Reverend Decent W?

The St. Vincent by Ernie Ball Music Man can almost double up as a imperial star destroyer!

A couple of colours short of a rainbow here!

A couple of colours short of a rainbow here!

Guitarist get to display their guitars on a rack so we display our Ludwig snare head on a rack too!

It’s mean, it’s loud and 120 watts of untamed growl But more importantly, does it djent?

Im sure we’ve all seen those videos of guitarist throwing their guitars around them.
Looks amazing right? Except when the guitar also takes flight.
Well, strap locks were invented for those ambitious guitar acrobatic.

A practice pad that will take you out of this world!

Looks like St Patrick paid us a visit here in the shop today!

Where music is made.

A little off topic this Monday.
Feeling like a bit of a super start to your week?
Marvel or DC?

Collectively Evan and Irving are marvel, which are you and why isn’t it marvel?

PONY MUSIC REHEARSAL STUDIOS - 6 Rehearsal Studios in Melbourne's South East - Hallam, Victoria. Air-Conditioned Rooms with PA Systems and Microphones. Our Hallam studios are the cleanest and best sounding rooms in Melbourne! (our clients tell us this!). RECORDING STUDIO - Australia's Best Kept Secret!! The Gear, The Space, The Vibe, The Sound... Available as a project studio for bands and musicians - Demos / EPs /Albums etc. We are also available for Corporate VoiceOvers and any of your recording needs. Our emphasis is on giving you a quality product and achieving this quickly and efficiently in a relaxed, comfortable and creative environment. Our engineers are friendly and experienced and dedicated to working with you to achieve the best possible sound. PRODUCTION & PA HIRE - PONY MUSIC's Hire Department caters for a wide range of clients and events - from Corporate Events to Backyard Parties to Touring Acts. Everything from Operated Hire and Driveway PA Hire, Lighting and Backline. MUSIC LESSONS - Vocals, Guitar, Bass, Drums, Pro Audio, Keyboard - Beginners to Advanced. MUSIC STORE - SALES & SERVICE - PONY MUSIC's Showroom is located at our Hallam premises. We stock a large range of Musical Instruments, Accessories and Pro Audio Equipment. Pony Music are dealers for many brands and products and can order just about anything for you. The difference between Pony Music and most Retail Stores is that we are also Audio Engineers and working musicians and NOT Salesmen. We offer great advice on the best item for your application and all of our staff have a wealth of real world experience as performing musicians and professional audio engineers. Some brands include: BLACKSTAR, MACKIE, Ernie Ball Musicman and Sterling Guitars and Basses, MARK BASS, TC Electronic, AKG, AVID, TANGLEWOOD, KAT PERCUSSION, TYCOON PERCUSSION, SHURE, AUDIX etc etc etc.. REPAIRS - Guitar Setups, Restrings and Repairs, Drum tuning and repairs, amplifiers, electronics, speaker repairs and service etc.

Be the first to know and let us send you an email when Pony Music posts news and promotions. Your email address will not be used for any other purpose, and you can unsubscribe at any time.

Send a message to Pony Music: 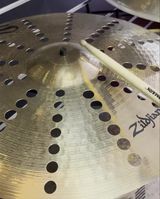 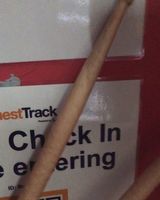 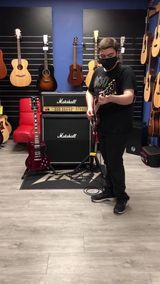 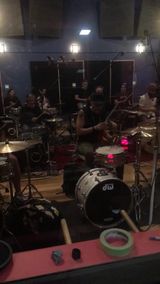 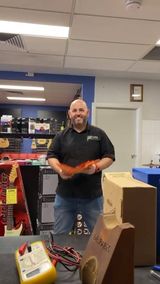 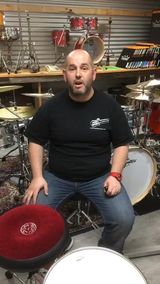 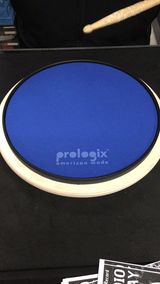 Geoff from Pony Music is interviewed by Lisa Keller from Guitar Gods and Masterpieces.

Pony Music - Where Music is Made.

OUR VISION Our vision at Pony Music is to see you achieve your musical goals and to help you along every step of the way. From buying your first instrument and learning how to play, to playing in a band and performing live through to recording your music.

Drum Tracking Complete. 3 Days. 11 Tracks. All Killer. Loads of fills. Nath once again showing how it's done. Big thanks to Pony Music for the massive sound we got. Here we go... . . . #asarival #album3 #drumsrecording #drumstracked #ponymusic #rock #punk #melbourne
I’d like to thank Evan for his fantastic service when I bought a ukulele yesterday. He is a great businessman and I’d definitely recommend his business for anything musical.
New range of services for Aussie artists to lift their digital game!
Studio session for TWD recording Drums, Bass & Percussion Pony Music 🔥
Just received our first shipment of Meinl Cymbals and Percussion @ Pony Music in Melbourne, Australia! Awesome sounding and looking gear! Looking forward to setting up a lot of Aussie drummers with your gear!
Three stunning Tiare Ukes at Pony Music Which would you choose?
Happy to announce that RECORDING for our fifth album is officially underway! Four years on from Vessels, we have 8 new songs written for an album of roughly 60 minutes. The new LP is riff-packed, and we've made sure to keep pushing ourselves musically. We're recording the album at Pony Music with Engineer Troy Mccosker (aka Audio Ninja) here in Melbourne. The yet-to-be titled album will be released on Na**lm Records. Keep an eye on all our social media channels, as we'll be sharing more updates (and a video teaser or two) very soon! Also on the way will be more news for you about mixing, mastering and release date. Very keen to get this new music into your ears!
Singing Saturday! Making vocal sounds at the brand newly opened Pony Music Recording Studio for Little Feet Music album number FOUR!
Trying out guitars at Pony Music today. Remember to support your local businesses, peeps, or they might not be there next time you want them!
Here we go ladies and gentlefellas, one of your Pony regulars have put a single out. Give it a listen and share it to your buddies. Support your local bands through these difficult times. Can be found and purchased across many platforms.. Apple Music, iTunes, Spotify, Amazon Music, Bandcamp and more to come. Get your dancing shoes on and enjoy. Cuntsh*t - Jungle Fever
The International Songwriting Competition semi-finalists for 2019 have been announced and I am one of them! I had such a blast making this record in Nashville with Sam Hawksley and Anita Thomas and Nick Buda and Steve Mackey and Matt Legge and Damien Young and Bill Risby and Tim Marks. Mixed at Pony Music and mastered by Crystal Mastering. Here's my Little Feet Music song! Yippee!