Heide offers an inspiring, educational and thought-provoking experience of modern and contemporary art, architecture and landscape. Heide Museum of Modern Art began life in 1934 as the home of John and Sunday Reed and has since evolved into one of Australia's most important cultural institutions.

Heide, as it is affectionately known, has built a national reputation based upon the vision of the Reeds and their role in the development and promotion of modern art in Australia. Inspired by the Reeds' nurturing of the young artists of their generation, Heide continues to support the contemporary art of today through its collection and exhibition program.

From 1948 and into the 1950s Sidney Nolan’s preoccupation with paradise and, increasingly, its inversion, found new expression as he turned to the Australian outback as a subject. His interest in the continent’s interior began with his first aeroplane flight in 1947, when he was riveted by the lucidity of form, colour and light that the aerial perspective and panoramic views afforded. Subsequent travels in northern Queensland, and Central, far north and Western Australia consolidated his conclusion that the ‘implacable, beautiful’ Australian landscape was ‘God’s gift to the world!’

In depicting the Australian desert Nolan reflected on the historical narratives of the various European explorers who attempted to traverse it, particularly the story of the ill-fated expedition of 1861 led by Robert O’Hara Burke and William John Wills. In Burke at Cooper’s Creek, 1950, the burnt sienna terrain where the party established a supply depot seems hospitable enough, but in Burke and Wills Expedition, ‘Gray Sick’, 1949, it is distinctly the unpromised land for the dysentery-ridden Charles Gray strapped to his long-suffering camel. Ultimately it becomes an arid graveyard for Burke in Perished, 1949, his body subsumed into the ochre earth on which he failed to make his mark.

Mel says ‘I wanted to pay tribute to Joy Hester, one of the key female artists of the Heide circle and of Australian modernism. Her work often explores images of maternity and ... I'm fascinated with Hester’s poignant life as both a mother and an artist.'

These limited edition sterling silver pieces feature Australian Mintabe opals, and are produced by hand in small batches to a maximum of 40 pieces. The Joy pendant is now available for pre-order from the Heide Shop online and delivery in time to gift for Mothers' Day.

The original kitchen in the iconic modernist building Heide Modern featured a built-in terrazzo-tiled bench with an inset sink and cook-top, set into the eastern wall. The cupboards below were faced in horizontal pine boards with simple finger pulls instead of door handles, and above the bench ran a tiled shelf. On the western wall, three full-height cupboard doors concealed two pantries on either side of a refrigerator.

We are off and running with the school holiday programs at Heide!

This week kids can design their own wearable T-shirt, learn how to create a multi-dimensional painting or make a dazzling micro sculpture that they can wear as a brooch!

Emily Floyd’s interests in typography, graphic design and the modernist tradition of political posters reaching back to Russian Constructivism, and to 1970s political activism, led her naturally to the activity of printmaking. Working collaboratively with various print workshops, she has produced editions of etchings, lithographs and screen prints that often explore ideas of social and artistic utopia.

The entire series of thirty-two Field Libraries screenprints was donated by Floyd to Heide in 2019.

See this work and many more in our new exhibition Listening to Music Played Backwards: Recent Acquisitions, showing at Heide until 31 July

Thinking about visiting Heide this Easter? Here’s what you need to know:

We are CLOSED on Good Friday (15/4), but OPEN every other day throughout Easter (16/4 to 18/4). Experience five exhibitions in the galleries and take a walk through the beautiful gardens. Plan your visit: heide.com.au/visit/plan-your-visit

The orchard located at the front of the Heide Cottage was planted by Sam Atyeo, Neil Douglas and John Reed in the 1930s. The fruit trees were salvaged from the surrounding area when orchards were being carved up for new housing.

The Heide orchard consists of many different varieties of apples such as Rome Beauty, Yates, Stewarts Seedling and Five Crown Pippin, and they are ripening right now!

The gardening team have been busy harvesting and sharing them with the Heide Café who use them to create delicious dishes like apple and rhubarb crumble.

In early 1946 Sidney Nolan was living at Heide and working intensely on a body of work exploring the escapades of the notorious bushranger Ned Kelly and his gang, resulting in a series that is his most recognisable achievement. Fulfilling Nolan’s aim to give visual form to an authentically Australian myth and place a popularly accessible narrative in front of the modernist landscape, the ‘Kellys’ are also embedded with allusions to the artist’s psychological state as his entanglement with the Reeds unravelled. The two paintings here from the broader group, Policeman in a Wombat Hole, and Kelly and Horse, both from 1946, contain inferences to this underlying narrative—the former is an absurdist illustration of hiding one’s head ‘in the sand’ to avoid an unpleasant reality while the latter suggests vigilance while taking flight. As the Kelly sequence drew to a close the curtain also came down on Nolan’s time at Heide, and on 8 July 1947 he departed for a holiday in Queensland from which he would never return. Within a year he would be living in Sydney, married to John Reed’s estranged younger sister Cynthia and embarking on a new path and a new life, the rupture with his former benefactors complete.

Sidney Nolan: Search for Paradise is showing at Heide until 13 June.

It’s Mother’s Day next month and the Heide Shop is busy getting together for some great gift ideas for mum!

Our pick this week is the wonderful selection of Mirka Mora products. Whether it’s the exclusive Mirka pendant made by Mel Katsalidis as part of the Heide Editions, the fascinating publication about the artistic and culinary life of Mirka and Georges Mora written by Heide’s Artistic Director Lesley Harding and Head Curator Kendrah Morgan, or a multitude of products using Mirka’s fabulous artworks, there is sure to be something that every mum loves!

Visit us in store when you’re next at the museum or shop online any time: https://heide-store.myshopify.com/collections/mirka-mora

Listening to Music Played Backwards: Recent Acquisitions celebrates artworks in the Heide collection acquired over the past decade. Taking its name from a sculpture in the collection by the Australian contemporary artist Jan Nelson, the exhibition brings historical and contemporary works into dialogue with one another, exploring connections between artists across time in unexpected ways.

See it from this Saturday in Heide Modern.

We have plenty of great workshops to keep the kids busy and inspired this autumn. From creating wearable T-shirts and sculptures out of clay or string to learning about the healing garden at Heide, there really is something for every budding artist!

Head to the website to check out the full program and book: https://www.heide.com.au/whats-on/events-programs?category=111

In 1932, two years before John and Sunday Reed purchased the Heide property, John’s youngest sister Cynthia Reed opened a progressive modernist shop in Melbourne. Reed had recently returned from a two-year working holiday in Europe when she leased 52A Collins Street to sell the latest hand-printed fabrics, furniture, paintings, prints and pottery. The gallery-style shop quickly became a meeting place and platform for modern artists and designers in the formative period of their careers. Simply known as 52A Collins Street or Cynthia Reed’s studio, it was part of a growing wave of new organisations that were advancing innovative practices and philosophies in an otherwise artistically conservative city.

Learn more in House of Ideas: Cynthia Reed’s Studio, showing in the Heide Cottage until 29 May. Join the exhibition tours every Wednesday at 2pm.

Train (Hurstbridge line) to Heidelberg station and bus #903 (Mordialloc bound) to Heide. Disembark at the Bridge Street/Manningham Road stop. Estimated bus travel time is 5-10 minutes. Walk to Heide through Banksia Park, via pedestrian path next to the Helmet sculpture

Be the first to know and let us send you an email when Heide Museum of Modern Art posts news and promotions. Your email address will not be used for any other purpose, and you can unsubscribe at any time.

Send a message to Heide Museum of Modern Art: 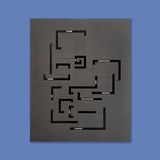 Design books in the Heide Shop 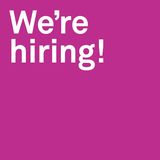 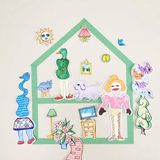 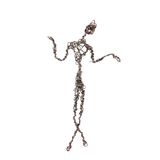 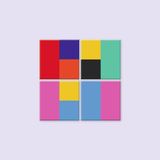 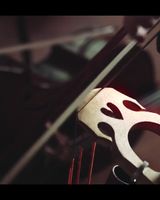 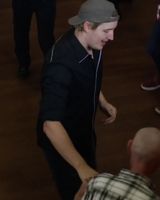 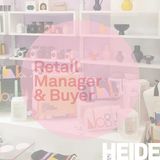 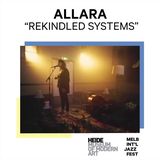 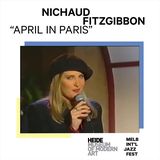 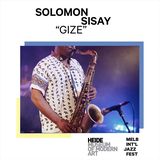 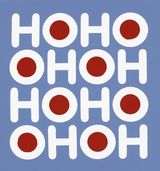 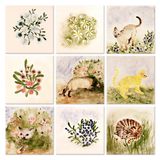 Heide Market is back

Mini Artists: Kelly at the Mall

Other Art Galleries in Bulleen